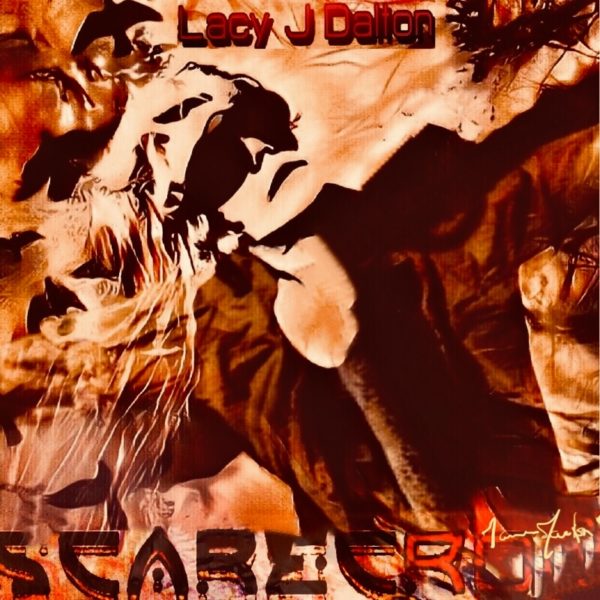 NASHVILLE, Tenn. – Country music hit-maker Lacy J. Dalton is up to something we’re all going to love. Having built a successful career for herself in the world of country music, Dalton has been evolving her sound into the world of Americana since 2004. Today, she released a new 4 song EP titled Scarecrow. This new blend of deep, edgy music has taken Dalton’s songwriting in a whole new different direction, sharing a side she’s never shared before.

“These days I’ve been enjoying the Americana style of music,” says Dalton. “It includes some great Country aspects, but I’ve also been incorporating elements of folk, R&B, and even Bluegrass and the Blues. I have many songs I’ve written, but never recorded. It is so much fun to be recording them now.”

Dalton has surrounded herself with experienced musicians on this project, including bassist John Avila, also a renowned producer, composer, arranger, and vocalist whose credits include performing with Neil Young, Willie Nelson and Oingo Boingo, and drummer David Raven, who has recorded and toured with the likes of Keith Richards, Norah Jones, T-bone Burnett, Steve Earle, Shelby Lynne, and Lucinda Williams.

Lacy J. Dalton first hit the charts with “Crazy Blue Eyes” in 1979, followed by hits including “Takin’ It Easy,” “Black Coffee,” “Everybody Makes Mistakes” and her signature song, “16th Avenue” which was voted one of Country’s Top 100 Songs of all time by Billboard Magazine. Besides her charted hit songs, she has recorded duets with the likes of George Jones, Bobby Bare, Glen Campbell and more. She not only toured with Willie Nelson, she was the only female on his “Half Nelson” album, which also included duets with Ray Charles, Merle Haggard, Carlos Santana, Neil Young and more. The album went Platinum and Lacy received a gold record for her contribution.

“I’m loving how this musical journey continues,” says Dalton. “I think the title track of the new EP ‘Scarecrow’ is the best song ever produced on me. My good friend Reverend Barbara Ann Fletcher remarked to me ‘that song makes you a whole new you, and it makes me a whole new me,’ and I love that the way that song turned out can make someone feel that way.”

In early 2019, Lacy was pleasantly surprised to receive several awards from Strictly Country Magazine, including the President’s Choice award for best well written music for ‘Boundless Skies’ and the Pete Huttinger Award for Music Excellence for the CD ‘Last Wild Place Anthology.’

About Lacy J. Dalton:
First hitting the Country Top-40 in 1979 with “Crazy Blue Eyes,” Dalton was one the most successful female vocalists of the format during the 80s with such hits as “Takin’ It Easy,” “Hillbilly Girl With The Blues,” “Everybody Makes Mistakes,” “Black Coffee,” and the CMA-nominated anthem “16th Avenue.” During her career, she has collaborated with such Country Music Hall of Fame members as Bobby Bare, Glen Campbell, Willie Nelson, and George Jones. Her most recent recorded work is the four song EP ‘Scarecrow’ which will be available on all streaming music sites starting January 23, 2019. Dalton is a 2017 inductee of the North American Country Music Association International Hall of Fame. For more information, visit lacyjdalton.org and follow Lacy on Facebook and Twitter.