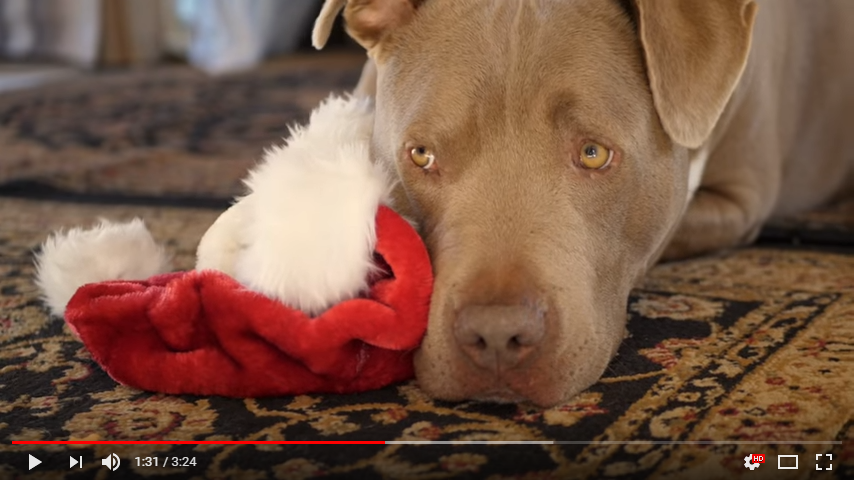 Plus, Dalton’s video for ‘Scarecrow’ premiered by NashvilleMusicGuide.com, while the songs receives a nomination for Song Of The Year by Strictly Country Magazine’s 2020 Spirit Awards

NASHVILLE, Tenn. – Country music hit-maker Lacy J. Dalton is known for her willingness to help others, whether it be teaching songwriting to prisoners, saving wild horses throughout the West or simply rescuing a dog that has become the subject of her holiday favorite, “Carl The Christmas Dog.”

The song and video is based on a true story, however, much like the movies, it’s not meant to be a literal portrayal, and tussles the story with exaggerated humor. Carl did eat the tree, presents and a bunch of other things, but, he did not eat the cat!!

Strictly Country Magazine honored Dalton with multiple 2019 Spirit Awards, one of which included “Carl The Christmas Dog” winning the Spirit Of Christmas award.

Get “Carl The Christmas Dog” at CDBaby or lacyjdalton.org.

New Video For “Scarecrow” Premieres By Nashvile Music Guide
With the recently released four song EP titled Scarecrow, fans have been given another taste of new music and a new music video which premiered by NashvilleMusicGuide.com. This new blend of deep, edgy music has taken Dalton’s songwriting in a whole new direction.

Lacy J. Dalton surrounded herself with experienced musicians on Scarecrow, including bassist John Avila, also a renowned producer, composer, arranger, and vocalist whose credits include performing with Neil Young, Willie Nelson and Oingo Boingo, and drummer David Raven, who has recorded and toured with the likes of Keith Richards, Norah Jones, T-bone Burnett, Steve Earle, Shelby Lynne, and Lucinda Williams.

Strictly Country Magazine also nominated Scarecrow for Song Of The Year, in their annual Spirit Awards in 2020.

About Lacy J. Dalton:
First hitting the Country Top-20 in 1979 with “Crazy Blue Eyes,” Dalton was one of the most successful female vocalists of the format during the 80s with the CMA-nominated anthem “16th Avenue,” as well as hits like “Takin’ It Easy,” “Everybody Makes Mistakes,” “Hillbilly Girl With The Blues,” and “Black Coffee.” During her career, she has collaborated with such Country Music Hall of Fame members as Bobby Bare, Glen Campbell, Willie Nelson, and George Jones. She toured with outlaws like Hank Williams Jr. at a time when it was very unusual for a woman to do so. She also toured for a long period of time with Willie Nelson and was the only female on his “Half Nelson” album, which also included duets with Ray Charles, Merle Haggard, Carlos Santana, Neil Young and more. The album went Platinum and Lacy received a gold record for her contribution.