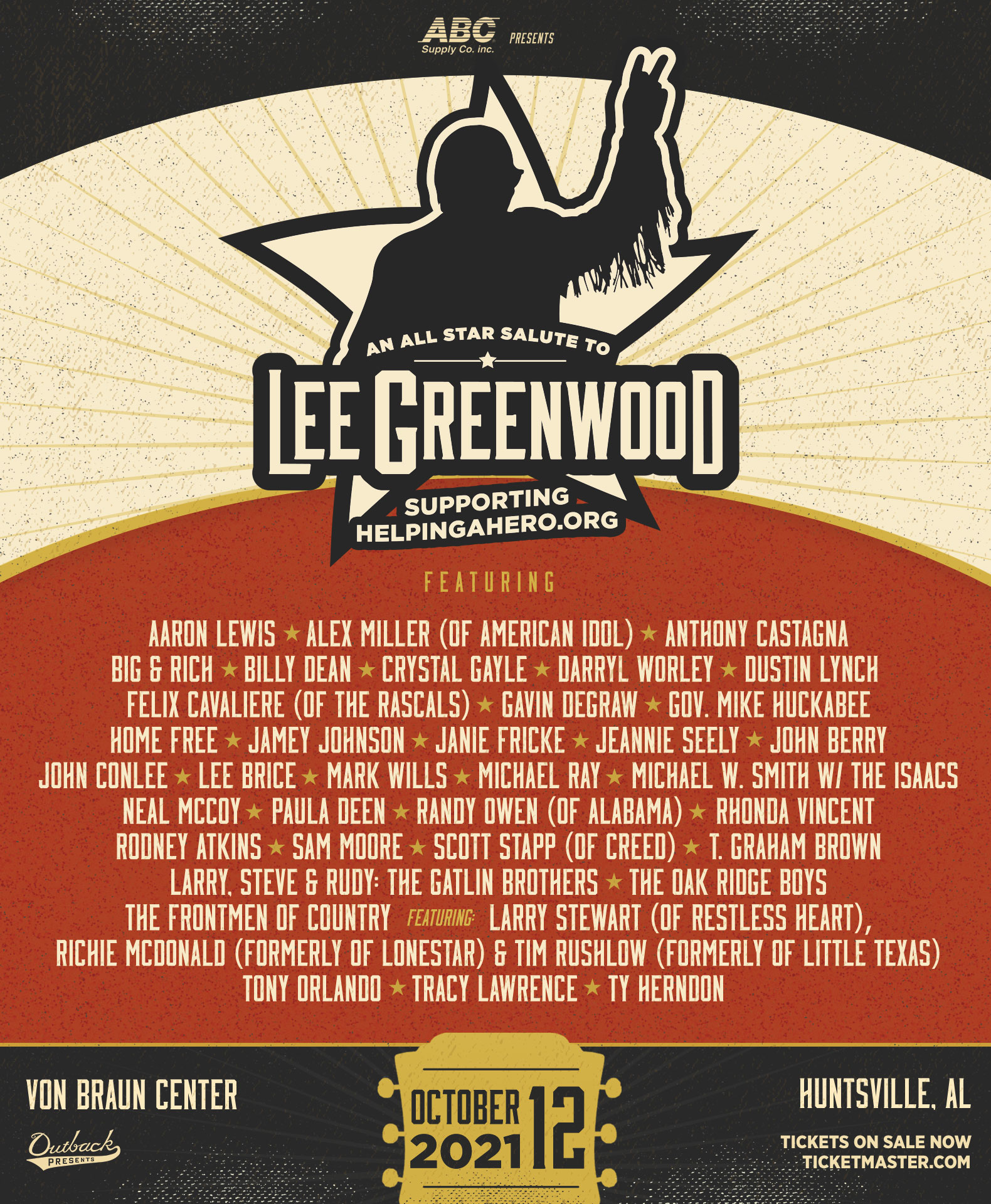 HUNTSVILLE, Ala. (Monday, September 27, 2021) – As the All-Star Salute To Lee Greenwood at the Von Braun Center in Huntsville, Alabama, approaches, the stage set design, lighting grid, and television special details are revealed. The celebration taking place in just over two weeks on October 12, 2021, will be filmed to create three 1-hour specials that will be broadcast for television audiences.

“I performed at the George Jones Farewell concert, which was supposed to be his last show, but turned into a tribute show and they didn’t film it,” says Greenwood. “I reflect on that day as over 100 artists were all together for one reason and that was to honor a friend. I wished they would have taped it so we could reminisce that special day, so when they discussed doing this special tribute to my career, I only wanted to do it if they filmed it so anyone that can’t be there in person can celebrate with us at a later date.”

The television portion of the event, which will include over 30 performances, will be produced by Lee Greenwood, Inc. and the All-Star Salute to Lee Greenwood is being promoted by Outback Presents. The event supports HelpingAHero.org.