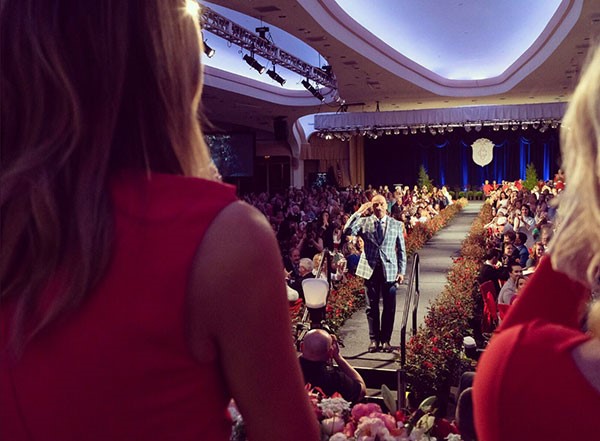 For the second year in a row, Greenwood delivered an inspiring rendition of ‘God Bless The U.S.A.’ to over 1,800 esteemed members and guests at the Washington Hilton on behalf of The Congressional Club.

Four-time Emmy award winner and former co-host of ‘TODAY’ Kathie Lee Gifford was also in attendance and recognized as a special guest, introducing a dynamic performance of “The God Who Sees” which she co-wrote with Grammy-nominated contemporary Christian singer Nicole C. Mullen. The performance was set to a portion of a short film Gifford produced with Mullen in Israel, based on the song. Multi-platinum recording artist Michael W. Smith performed a selection of his most well-known hit songs, including a patriotic video montage in remembrance of 9/11 “There She Stands” and closed with his heartfelt blockbuster hit “Friends.” Smith was also recently honored by Gifford, Greenwood, and Mullen in Nashville for his 35th anniversary of ‘Friends’.

“What an honor it was to be asked for a second year in a row to perform for some of the most powerful women in our nation’s capital,” said Greenwood. “I was overjoyed to sing at the bipartisan Congressional Club’s luncheon for the First Lady, and to hear more about the great Be Best program she has launched to help children within our borders and around the world.”

The First Lady posted to social media following the event: “Honored to take part in the 107th First Lady’s Luncheon today hosted by the Congressional Club. A wonderful opportunity to come together w/ spouses for a bipartisan event. Thank you for all you do & the generous donations you give that support & care for our communities. #BeBest”

Charitable recipients of the luncheon included the Vera Bradley Foundation for Breast Cancer and the Washington Tennis Education Foundation.