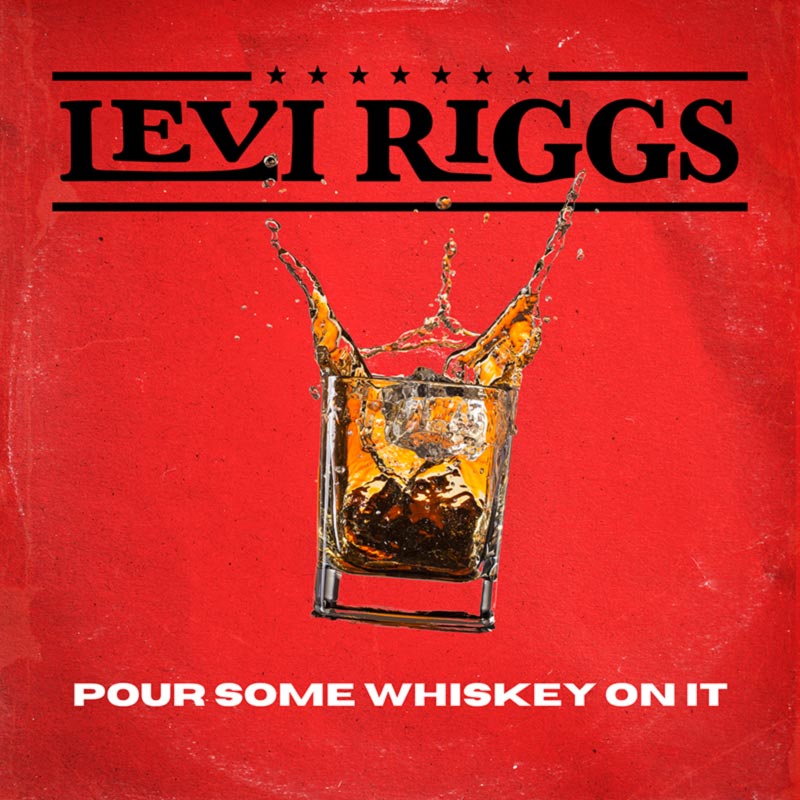 NASHVILLE, Tenn. – Country music singer-songwriter, Levi Riggs is excited to announce the release of his new lyric video for his current single “Pour Some Whiskey On It”! Premiered by Cowboys & Indians, this hard-hitting, bass-infused single details the difficult things in life that often can’t be helped. Covering everything from a bad relationship to getting fired, when these troubles happen, sometimes you need a good whiskey, a couple of prayers and everything will be alright. “I’ll toast to my regrets” pretty much sums up this tune with proof that life isn’t always perfect, but you deal with the situation and keep moving forward. “Pour Some Whiskey On It” is available now on all streaming platforms.

To view the Cowboys & Indians premiere of the “Pour Some Whiskey On It” lyric video, visit HERE.

“I’m excited to premiere the new lyric video for Pour Some Whiskey On It with Cowboys & Indians”, shares Riggs. “It’s a song with some serious attitude, rockin’ heavy guitars, and vocal range. I had a blast in the studio recording it with Noah Henson who produced a MONSTER of a track. It’s been even more fun to show it off live at my shows with my band! The old cowboys used to pour whiskey on their wounds and push forward. That’s what this song is all about. Roll down the windows and blast this one!”

Levi is heading into 2023 with a lot of momentum having recently signed with Oath Management in Nashville, working with producer and guitarist Noah Henson on some rocking new material, and a fresh endorsement from Taylor Guitars.

To keep up with everything Levi Riggs, visit HERE and follow the socials linked below.

About Levi Riggs:
With a voice pure and powerful, and an approachable, childhood friend-like persona, fans are no more won over by a sweet summer breeze than by country artist Levi Riggs. It’s that Midwest simplicity and relatability that stuns in an industry often filtered a million times over. After years spent discovering who he is as an artist, Riggs found he had to look no further than his home and life in rural Indiana. “I’m a family man, through and through. Regardless of what I pursue in life, my family is always going to come first. But I’m also a farmer. I understand that ‘fly over state’ life, that mentality. Those are the people I make music for – and I am those people. I think that makes my relationship with fans something really special.” His career highlights echo that honesty and ingenuity – Riggs has had several successful single releases (“My Best Friend’s a Girl” and “I’m Good” both charted on country radio), shared a stage with some of today’s top artists (Thomas Rhett, Easton Corbin, Jake Owen, Cassadee Pope, and Bret Michaels, to name a few), and performed at some of the nation’s top events, including Super Bowl pre-show parties in both Dallas and Indianapolis.