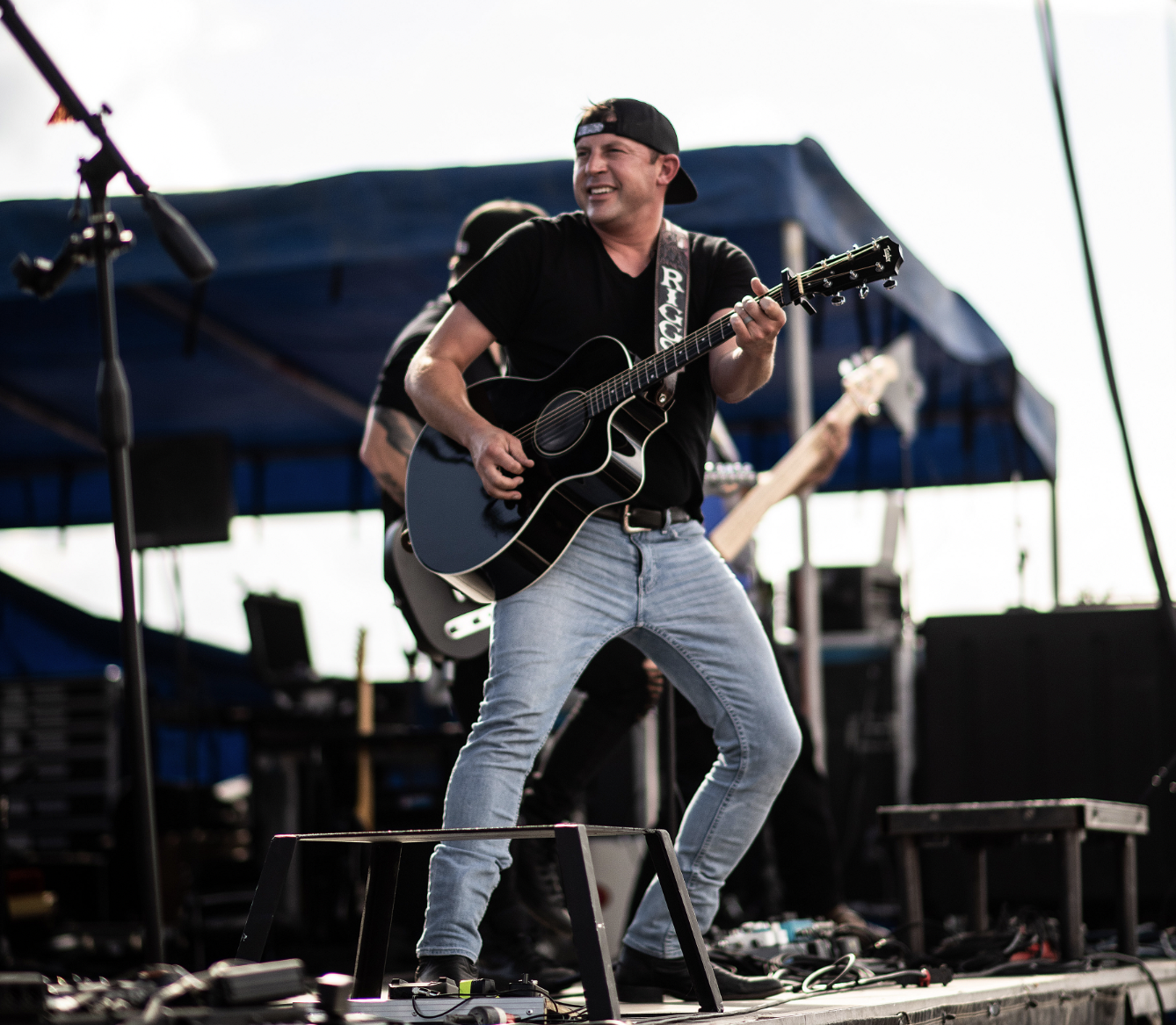 Riggs Performed The National Anthem At The NHRA U.S. Nationals

NASHVILLE, Tenn. – While the rest of the United States was preparing for a relaxing Labor Day Weekend, country music newcomer Levi Riggs was strapping on his guitar for thousands! Kicking the weekend off in Lafayette, Indiana, Levi opened for country hitmaker Justin Moore at Loeb Stadium and then entertained fans at the Casey Popcorn Festival in Casey, Illinois. Riggs also hit the stage with Chris Janson, Parmalee, and Shane Profitt in Plymouth, Indiana, and then rounded out the weekend by performing the National Anthem at the NHRA U.S. Nationals to thousands of rowdy patrons.

“Playing music to a live crowd is something that will always be in my blood,” shares Riggs. “Justin Moore, Chris Janson, and Parmalee are all amazing entertainers, and to be able to share the stage with them is something I will never take for granted. If you didn’t get to attend, you sure missed out, but I hope to see you soon somewhere down the road.”

Levi is heading into 2023 with a lot of momentum having recently signed with Oath Management in Nashville, working with producer and guitarist Noah Henson on some rocking new material, and a fresh endorsement from Taylor Guitars.

Facebook | Instagram | Twitter | YouTube | Website
About Levi Riggs:
With a voice pure and powerful, and an approachable, childhood friend-like persona, fans are no more won over by a sweet summer breeze than by country artist Levi Riggs. It’s that Midwest simplicity and relatability that stuns in an industry often filtered a million times over. After years spent discovering who he is as an artist, Riggs found he had to look no further than his home and life in rural Indiana. “I’m a family man, through and through. Regardless of what I pursue in life, my family is always going to come first. But I’m also a farmer. I understand that ‘fly over state’ life, that mentality. Those are the people I make music for – and I am those people. I think that makes my relationship with fans something really special.” His career highlights echo that honesty and ingenuity. Riggs has had several successful single releases (“My Best Friend’s a Girl” and “I’m Good” both charted at country radio), shared a stage with some of today’s top artists (Thomas Rhett, Easton Corbin, Jake Owen, Cassadee Pope, and Bret Michaels, to name a few), and performed at some of the nation’s top events, including Super Bowl pre-show parties in both Dallas and Indianapolis.

# # #
Suggested post:
.@LeviRiggs performs for thousands of fans #LaborDay weekend with 3 back-to-back shows and #NationalAnthem at @NHRA #US Nationals