Love From Music City Raises Over $35,000 From Their 5th Annual Gala 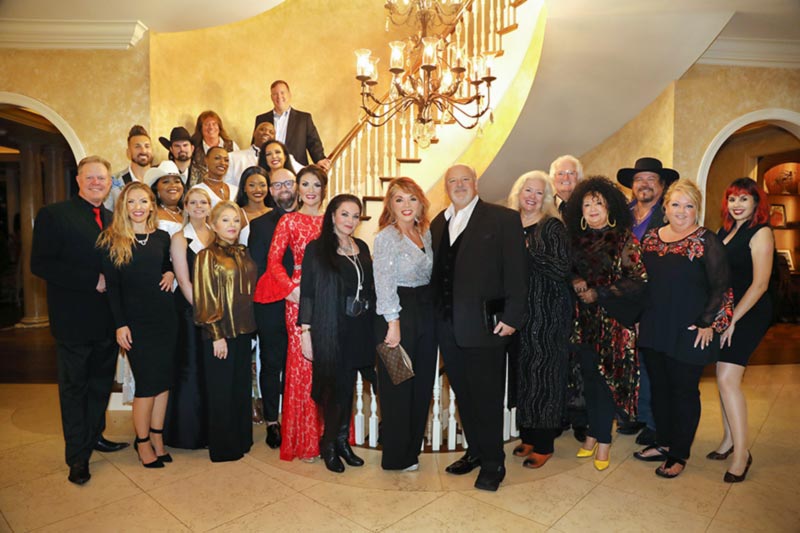 NASHVILLE, Tenn. – Love From Music City celebrated their 5th Annual Gala on Tuesday, October 5th with an evening of music, entertainment, surprises, and support for foster children throughout Middle Tennessee and orphans abroad. The special event began with a VIP red carpet, followed by hors d’oeuvres, a silent auction, and live musical performances! Artists present at the gala included Pam Tillis, Buddy Jewell, Marty Raybon, Devon O’Day, Cherish Lee, Charlene Tilton, JD Shelburne, Tim Atwood, Chapel Hart, NEDY, Makenzie Phipps, Denny Strickland, Billy Mason, Chris Golden, Nathan & Suzanne Young, who joined Crystal Gayle, the recipient of this year’s Bill Anderson Icon Award. Gayle was recognized for her contributions made to the community and for her role as a trailblazer and legendary performer, epitomizing everything Love From Music City stands for. The organization has a 50 year legacy of feeding and clothing orphans across the globe, with 10 years including local, Middle Tennessee foster children. The Love From Music City Gala was held at The Estate at Cherokee Dock, a former home of Reba McEntire.

“The 5th Annual Love From Music City Gala was an evening of memories and heartfelt emotions as we raised money for orphans abroad and Foster Children throughout the Middle Tennessee area,” shares CEO Shanda Tripp. “We would like to thank all of the artists and sponsors who came together to make the event possible and to honor Crystal Gayle with the Bill Anderson Icon award.”

The generous support of those who contribute made it possible for all proceeds from the event to be immediately put to work. Throughout COVID, this organization continued to raise funds, being the sole contributor for food and basic survival needs to their orphanages in Haiti. Love From Music City put together an unforgettable evening for their 5th Annual Gala, having filled each seat with people who have made a difference in the lives of others. Past entertainers include T.G. Sheppard, Rhonda Vincent, Dailey & Vincent, Kelly Lang, Jeannie Seely, Exile, Jimmy Fortune, and more.

About Crystal Gayle:
Grammy®-winning songstress Crystal Gayle is an award-winning country music icon whose reign in the music business includes 20 No. 1 country hits, six albums certified Gold by the RIAA, and the first female artist in country music history to reach platinum sales with her 1977 album, We Must Believe in Magic. Her list of platinum and gold was to be matched only by her awards and accolades. CMA’s “Female Vocalist of the Year,” for two consecutive years, she became a Grammy® Award Winner for “Best Female Vocal Performance,” thanks to her beloved “Brown Eyes” – a song that she today admits she has never grown tired of singing. Crystal swept the Academy of Country Music Awards for three of their “Top Female Vocalist” statuettes. She is the recipient of three “American Music Awards,” voted by the nation as America’s “Favorite Female Artist.” Perhaps nothing sums up Crystal’s career achievements as well as being awarded a star on the fabled Hollywood Walk of Fame in October 2009. Also famous for her nearly floor-length hair, she was voted one of the 50 most beautiful people in the world by People Magazine in 1983. Gayle also has a star on the Hollywood Walk of Fame near Lynn’s star. In August 2016, the Academy of Country Music honored Crystal with the Cliffie Stone Pioneer Award during the 10th Annual ACM Honors. Gayle was inducted into the Grand Ole Opry in January 2017 by her sister and Opry legend Loretta Lynn. For more information, visit crystalgayle.com.

About Love From Music City:
Love From Music City Organization is passionate about helping and serving those in need. Our focus is on local foster children and orphans abroad, advocating to ensure their needs are met. Every motherless child has a voice and should be heard. We are determined to help these children and rightfully help and show respect. Everyone needs to know they are loved and that they matter.