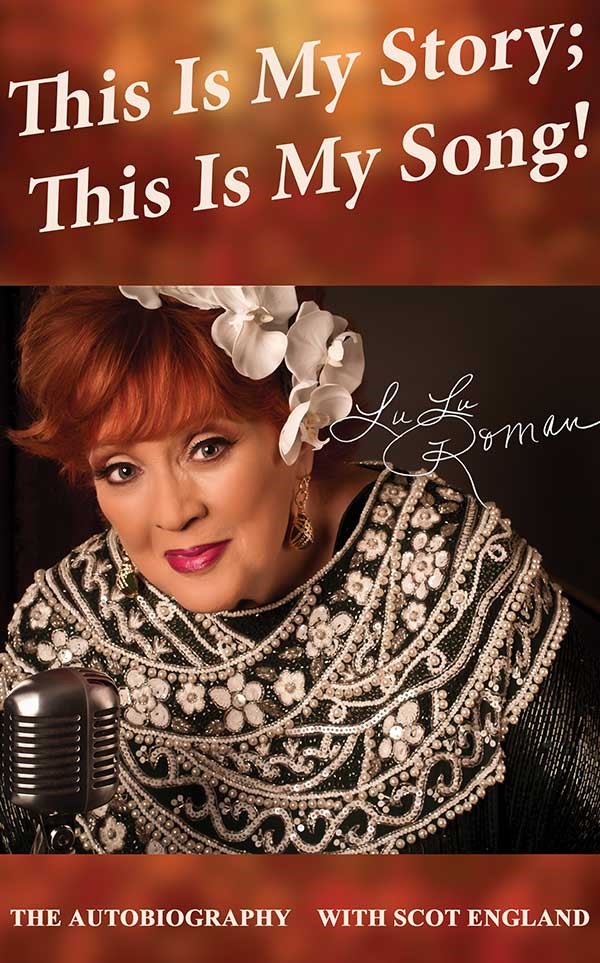 NASHVILLE, Tenn. – “Hee Haw’s” beloved redhead, Lulu Roman, will have viewers of the Christian Television Network (CTN) seeing double next week as airing is set for her guest appearances on two of the network’s top flagship programs.

On Monday, October 21, Lulu will be the featured guest on “Herman & Sharron” as the popular hosts spotlight her recently released book, This Is My Story, This Is My Song.   The 30 minute program will air in the 10:00 AM slot ET and will re-broadcast in the afternoon on Monday at 4:00 PM ET. Broadcast times will vary acoss CTN’s platfrom of over the air and satellite carriers that beam the program both nationally and globally.

CTN will broadcast Lulu’s guest appearance on “Bridges”  to talk about her book with host, Monica Schmelter, next Thursday, October 24.  The program will be telecast nationally at 10:30 AM ET with repeat airing that evening at 9:30 PM. Viewers nationally are encouraged to check local listings for air-times.

This year marks the 50th anniversary of “Hee Haw” as Lulu celebrates the release of her new autobiography.  In addition to giving readers an “all access” pass behind the scenes of the legardary TV show, This Is My Story, This Is My Song  recounts the heartfelt story on a little orphan girl who grew up to find God in the midst of heartache, bring laughter and become loved as “family” to millions of fans.

High, too, on the recent career list of “all things Lulu” is the announcement of her return next year to the ‘Kornfield Friends’ as a 2020-2021 tour schedule of ‘Remembering Hee Haw’ concert dates are already being set.  Fueled by top “Hee Haw” ratings with national audiences on RFD-TV,  this year’s road date series with cast mates Jana Jae, Buck Trent and Misty Rowe proved to be real audience pleasers as the music and comedy fun of  the legendary “kornfield” antics reached yet another enthusiastic generation of new fans.

Next year’s concerts will include some new familiar faces amid the cornstalks. T. Graham Brown and Irlene Mandrell are set for select dates to round out the 2020 cast.

More 2020 dates are being set and can be resourced at www.kornfieldfriends.com.

For interviews with Lulu Roman and to request media review copies of her new book:
Jackie Monaghan, 615-646-5990, morningstarpr@comcast.net