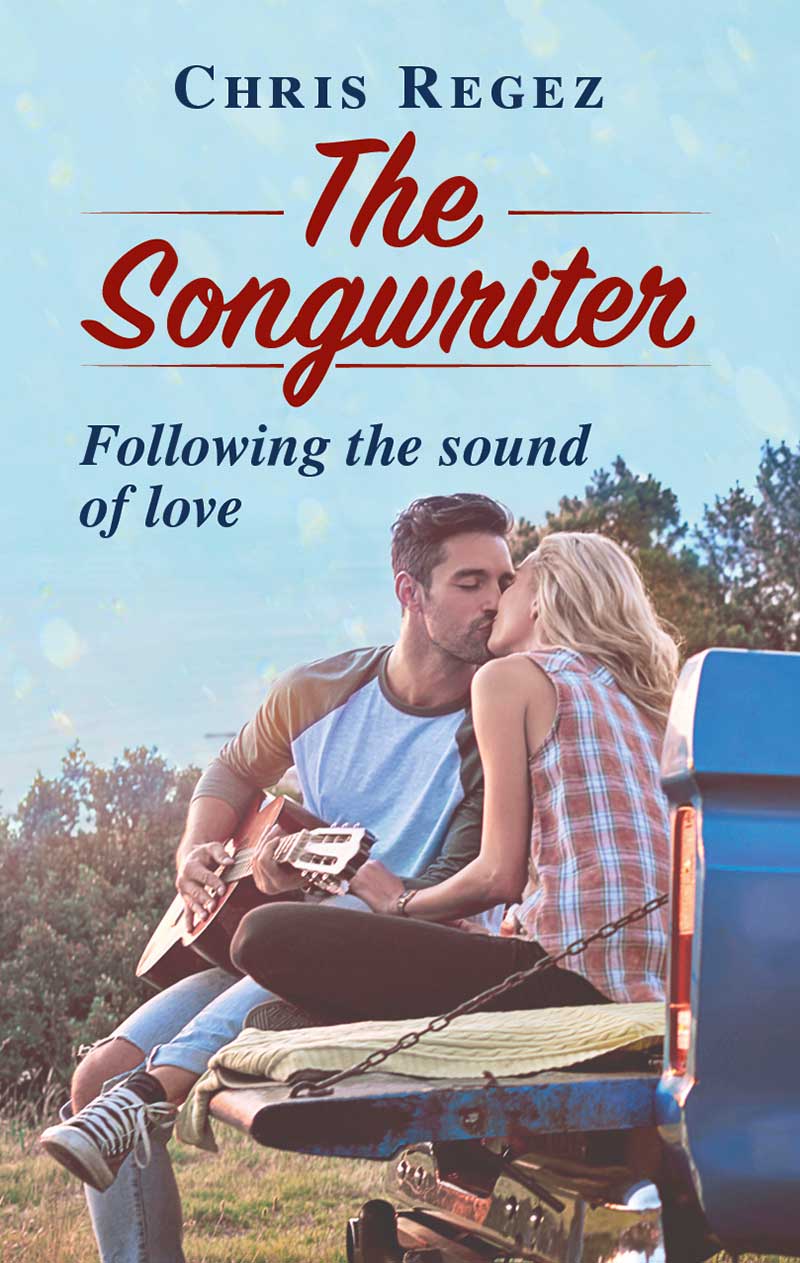 NASHVILLE, Tenn. – Swiss country music singer-songwriter and author Chris Regez has released his highly anticipated first novel ‘The Songwriter – Following The Sound Of Love,’ (ISBN: 9781098313746) which is now available through Amazon and Amazon Kindle, Barnes & Noble Nook, KOBO and other digital formats, as well as in paperback on July 31 in both English and German. After recording his first three albums in Nashville, Chris returned to Music City again and again. In 2017 one more trip inspired him to start writing a novel about spontaneous passion and running away to Music City to chase a dream when that dream is the only thing left. Regez opens this rare read with “Girlfriend gone. Job gone. Everything gone,” proving that in the music industry, when you have hit an all time low, you have the ingredients for the perfect song, or in this case, the perfect novel.

“‘The Songwriter – Following The Sound Of Love’ is a music novel that depicts the music business in Nashville in great detail,” says author Chris Regez. “After the German version sold so well, I thought it would be best to translate my music novel in English and release it for others to enjoy!”

Regez illustrates the music business in Nashville with stellar detail and immerses the reader in a fast-paced story. A musical journey through Nashville’s most famous landmarks and even some hidden gyms that aren’t public knowledge provides that each reader, no matter where they are located around the world, are taken on a seemingly familiar adventure. Serving as an ode to ambition, ‘The Songwriter – Following The Sound Of Love’ encourages all to go after a dream until it becomes a reality like the main character in the novel. Researching every aspect of the music industry from songwriting to production, Regez has left no stone unturned and draws each reader into intricate notes of love, integrity, friendship, resilience, hope and disappointment. Mix this intellect with romance and the outcome is a novel unlike anything the world has ever seen.

‘The Songwriter – Following The Sound Of Love,’ can be found at Amazon KINDLE, Barnes & Noble / NOOK, and KOBO.

To keep up with Chris Regez and his future works follow his social channels and visit the website linked below.

About Chris Regez:
Chris Regez, born 1968 in Aarau (Switzerland) where he has been managing his own PR company since 1998. Chris was already fascinated by country music during his teenage years. At the age of 21, he traveled to Nashville, where he met musicians, songwriters and producers and recorded his first single “Remember The Time.”

He returned to Nashville in 1990 to record more songs for his first CD titled “Headin‘ West” at the Fireside Recording Studio. Since then he has produced a total of eight CDs – in Music City and Switzerland.

Regular visits to Nashville inspired him to write this fictional novel. Still today, the bright lights of Music city still fascinates him today. He draws his inspiration from Nashville’s rhythm, people and diversity.