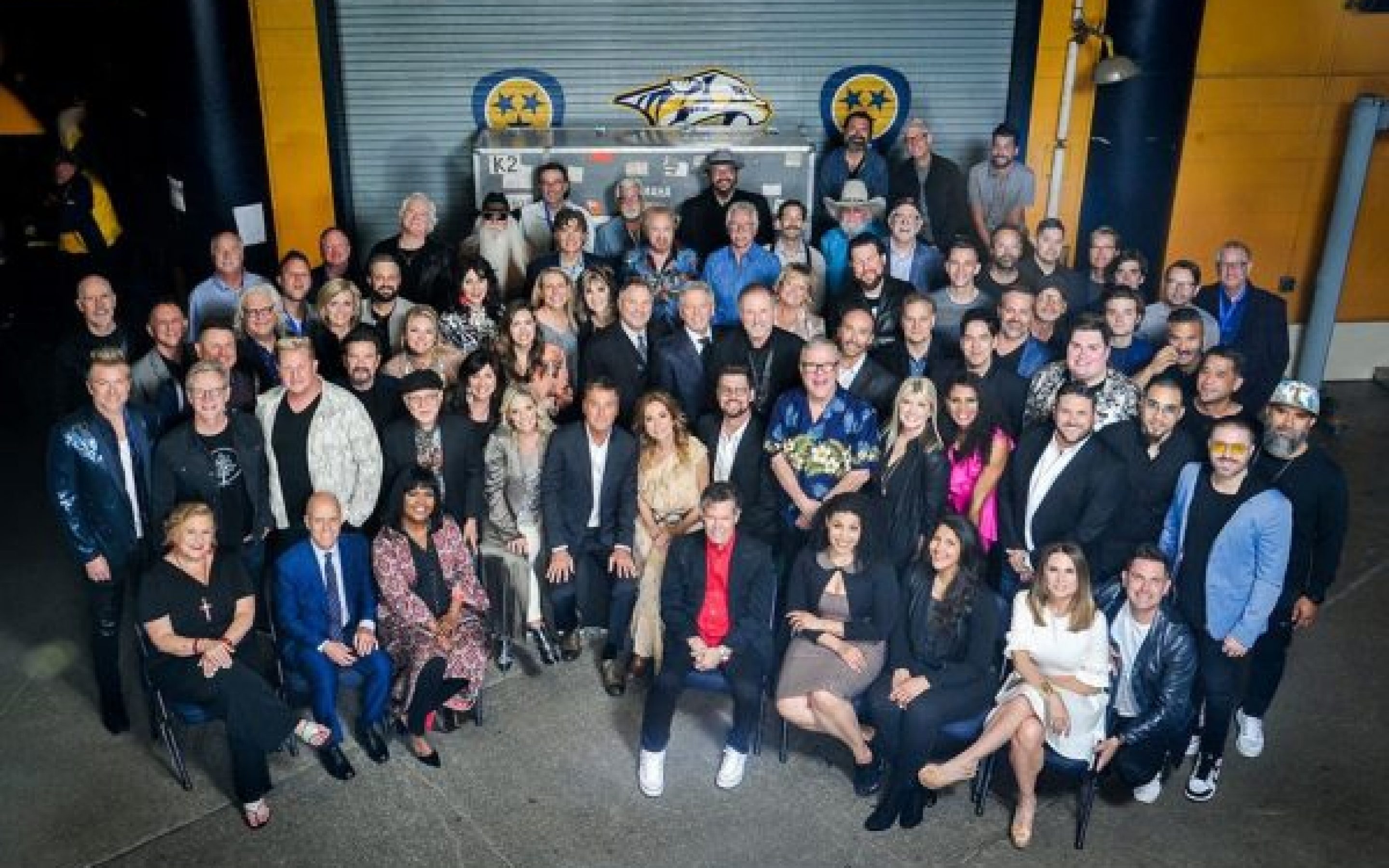 Before the show started, Smith spoke of how he had been kept in the dark about most of the event so he was looking forward to the surprises throughout the night, seeing his songs performed and the rendition that the artists were going to take on them. He stated that “the beauty of the night is how it has brought so many of us together.”

Kathie Lee Gifford kicked off the night bringing Smith and his wife Deborah out to greet the crowd before they took their seats on stage. Smith didn’t stay seated long as he joined several artists throughout the night on his iconic songs and even some of theirs.

Highlights throughout the night included:

The show closed with all the artists coming back on stage to join-in for Smith’s classic “Friends.”

After playing the piano, Smith embraced the end of the triumphant night moving to the front of the stage to take a bow as his family joined him.

Promoted by Outback Concerts and produced by Tony Conway of Conway Entertainment Group, music lovers experienced over 50 artists from all genres, performing a set list that included many of Smith’s 35 #1 hit singles. With over 45 Dove awards, three Grammy awards, and an American Music award, Michael W. Smith has forever enshrined his mark in the music history books. Smith garnered yet another Grammy nomination in 2018 for ‘Best Contemporary Christian Music Album’ for his worship effort, Surrounded. AWAKEN: The Surrounded Experience is Smith’s latest release (Feb. 22, 2019).

Please note that the embedded audio is a rough live mix and not mixed or mastered. We highly recommend that you use this as nat-sound only, and not as full volume, nor embed to website or socials without your own edit/overlay.