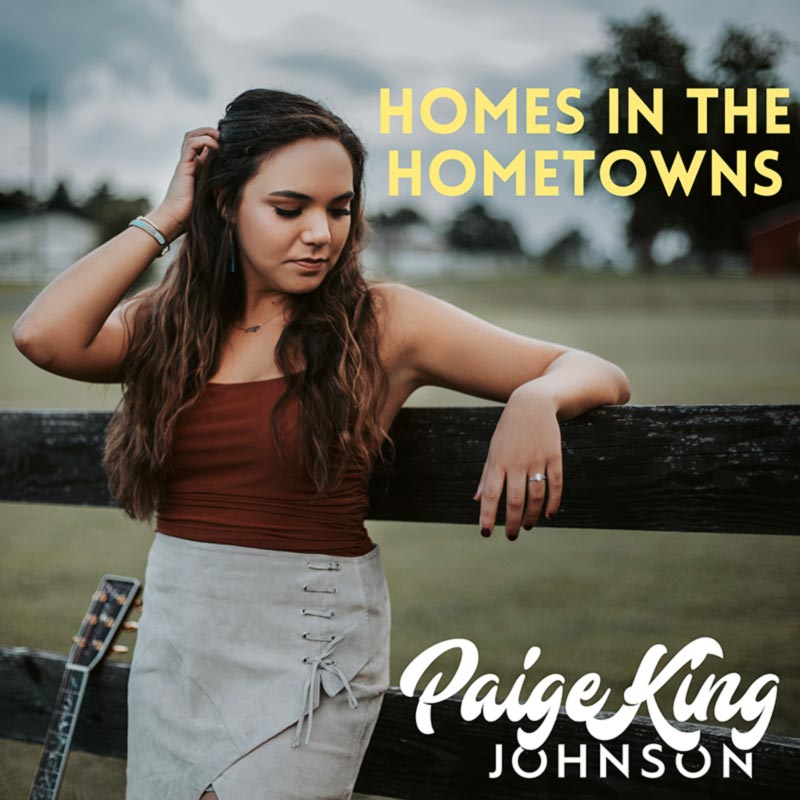 RALEIGH, N.C. – Country music singer-songwriter Paige King Johnson has announced her partnership with the North Carolina Department of Agriculture and Consumer Services as their Musical Ambassador for their “Got to Be NC” Campaign. The partnership connects the farming and music industry, shining light on how they both have the power to serve communities and touch lives. Johnson is excited to blend two of her passions in order to make a difference in the towns in her home state!

“I’ve spent my whole life trying to find ways to mesh my passions for music and agriculture, and let me tell you, God answers your prayers in His time,” shares Johnson. “My home state of North Carolina is near to my heart, and I could not be happier to have this opportunity to help spread awareness of both the homegrown products and the homegrown music that we have right here in our backyards with Got to Be NC.”

As the voice of the Got to Be NC Marketing and business development program, Johnson has released her new single, “Homes in the Hometowns” which serves as their signature song. The message of the tune celebrates agriculture, hard work, and commitment to North Carolina’s food and fiber sectors. “Homes in the Hometowns” was premiered by Cowboys & Indians and is available to download and stream on all digital platforms now!

Listen/stream/buy “Homes in the Hometowns” HERE.

The famous Bluebird Café was just one of many writers’ circuits around Nashville that provided a safe space for Johnson to meet other writers, try out new tunes, and get feedback. In return, Johnson began captivating audiences with her down-home stage presence, cut straight to the bone stories and raw country voice, reminiscent of the classic country era. In the last four years, Johnson has traveled back and forth between Nashville and the Carolinas, playing shows like the North Carolina State Fair and running her dinner theater, Country on the Outskirts of Town, that she founded in high school. Johnson’s quarterly show provides an atmosphere for locals to enjoy Southern cooking, fellowship with friends, and the sounds of classic and current country music with some gospel thrown in. A three-time Carolina Country Music Awards Winner for Female Vocalist of the Year, Country Emerging New Artist, and Tour of the Year, Johnson’s devoted homegrown fan base continues to expand farther than just her backyard. For more information, visit paigekingjohnson.com.

About the Got to be NC Agriculture Program:
Got to Be NC is an initiative on behalf of the North Carolina Department of Agriculture & Consumer Services to promote North Carolina agricultural products and goods. From its beginning in 1985, the brand has always supported North Carolina’s diverse agriculture economy through education, engagement, and promotions. Our initiatives are designed to increase consumer awareness of local products, leading to increased sales and continued growth for North Carolina’s food, fiber and forestry industries. The program has adapted and evolved along with the global agriculture market and provides support to an industry that serves the world and touches all lives. For more information, visit gottobenc.com.