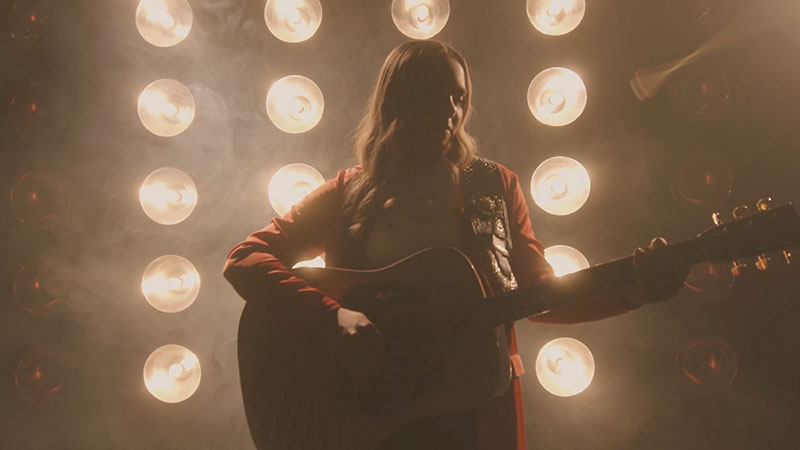 Continues to book concerts for spring and summer tour

“Water Down The Whiskey” has been cruising up the Music Row chart and is being played all over the United States including New York, Texas and California! While writing “Water Down The Whiskey,” Paige was able to blend the sounds she grew up listening to in North Carolina with an edgy rock mix that shows off her diverse musical tastes and songwriting ability.

“Water Down The Whiskey” is my first real music video to release, and I’m so excited!” said Johnson. “This song has already been such a blessing to me and my career, and to finally be able to share this visual representation of all the sass and empowerment bottled up in the music is something I’ve been looking forward to. I had a blast working with director and producer, Josh Sikkema and his team in Los Angeles, to help bring this song’s story to life, and I hope that everyone can see just how much creativity and energy we put into this project!”

While leading up to the release of the video for “Water Down The Whiskey,” Paige recently performed live on Today In Nashville and will be performing at The Local in Nashville during the 2020 Country Radio Seminar (CRS).

The recent Belmont University graduate is ready to spread her wings and chart new territory with grit and honesty. Her new single channels the sensitivity of Kacey Musgraves while dishing out the unapologetic nerve of Miranda Lambert. Johnson’s confident ownership of her craft is a direct result of the compelling female staples she grew up on—females who have at times strayed from the mainstream path to carve their own. With a heartfelt conviction to write genuine songs she can be proud of for years to come, Johnson is ready to go down any path that calls her name – as long as she can walk it in her favorite pair of boots.

About Paige King Johnson:
Born in a quiet North Carolina town just 22 miles south of Raleigh, as a young 9-year-old girl, Paige King Johnson spent her summers under the crepe myrtles imitating the styles of Loretta, Patsy, Waylon, and Merle. Having a grandpa as her biggest fan also meant receiving the gift of her first guitar – a baby Taylor – and enrolling in lessons. After her grandpa passed, the bright-eyed dreamer carried on his memory by taking her newfound discovery to local fairs, festivals, and any other stage she was allowed to stand on. As she grew older, Johnson added “opening act” to her resume, supporting chart topping artists like Scotty McCreery, Neal McCoy, Luke Pell, and James Otto. And with high school graduation came the realization that this was more than a hobby. The Angier native traded in horse pastures and back roads for the bright lights of Music City in 2015. Upon starting school at Belmont University for Music Business, Johnson honed in on the magic that had heavily influenced her as a child: the art of storytelling thru songwriting.

The famous Bluebird Café was just one of many writers’ circuits around Nashville that provided a safe space for Johnson to meet other writers, try out new tunes, and get feedback. In return, Johnson began captivating audiences with her down-home stage presence, cut straight to the bone stories and raw country voice, reminiscent of the classic country era. In the last four years, Johnson has traveled back and forth between Nashville and the Carolinas, playing shows like the North Carolina State Fair and running her dinner theater, Country on the Outskirts of Town, that she founded in high school.  Johnson’s quarterly show provides an atmosphere for locals to enjoy Southern cooking, fellowship with friends, and the sounds of classic and current country music with some gospel thrown in.  A three-time Carolina Music Awards Nominee for Best Country Female Artist, Johnson’s devoted homegrown fan base continues to expand farther than just her backyard.