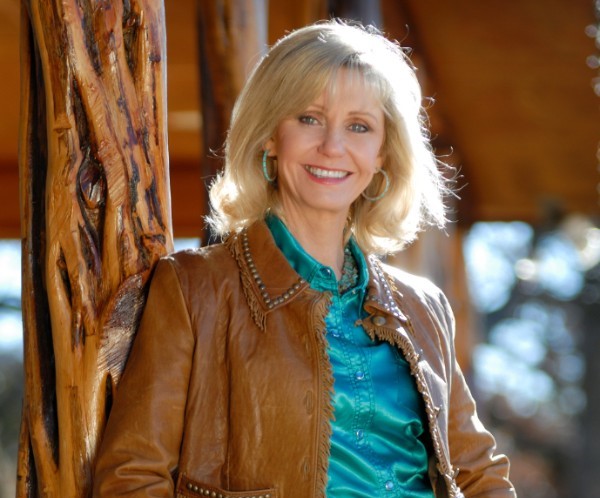 FORT WORTH, Texas – The American Rancher, hosted by Pam Minick, is in its 14th year of broadcasting on RFD-TV. The series began in the fall of 2004 and brings audiences in touch with the people and places that make ranching an American lifestyle. Show episodes premiere each Monday night at 9:00 PM EST on RFD-TV and re-air again Tuesday at 1:00 AM EST and Sunday at Noon EST.

The American Rancher is a half-hour television series that continues to reach a vast audience through RFD-TV (DISH-231 & DirecTV-345). Each week, sit back and enjoy a glimpse into the lives of hard-working men and women who contribute to the beef industry in America.

Each week Pam Minick takes our viewers on an informative visit to different ranching operations and the people that run them with stylish enthusiasm and warmth. Pam is a former Miss Rodeo America who has a distinguished career in both rodeo competition and in television. She has years of experience as an on-camera personality. She has been honored with awards from national institutions of western culture and achievements including the 1999 Tad Lucas Award from the National Cowboy Hall of Fame, 2000 inductee into the National Cowgirl Hall of Fame, 2004 inductee into the Texas Cowboy Hall of Fame in Fort Worth, Texas and was the recipient of the 2006 Great Woman of Texas award.

The American Rancher has premiered many cattle ranching seed stock program featured guests including 44 Farms, Holden Herefords, Felton Angus Ranch, Cross Diamond Cattle Company, Profit Maker Bulls, Willow Oak Cattle Ranch and several Breed Associations. The show has also featured The Bellamy Brothers from their Florida Ranch, Nolan Ryan from his Gonzales, Texas ranch and many other fine outstanding producers across the United States. Superior Productions Manager, Kirbe Schnoor-Weiser sits down each week to produce and edit the story of these outstanding families and operations. Not only does the American Rancher feature stories on livestock operations but the medicine and equipment companies that are a part of the industry.

In the coming days, viewers will continue to see the people and personalities that keep the ranching spirit alive. The American Rancher will continue to provide ranch owners the opportunity to showcase their operations, while at the same time sharing the experience of ranching with RFD-TV viewers in a real way.

The American Rancher is seen exclusively on RFD-TV, rural America’s most important network which reaches over 100 million households across the nation on DirecTV and DISH Network.

About Pam Minick:
Pam Minick is a former Miss Rodeo America, and is one of the most well-known faces in the world of rodeo. She’s a former Women’s World Champion Calf Roper and qualifier to the Women’s National Finals rodeo in team roping.

Minick has appeared as a sports commentator/interviewer on over 1000 nationally televised Rodeo, Equestrian, and Country Music specials.