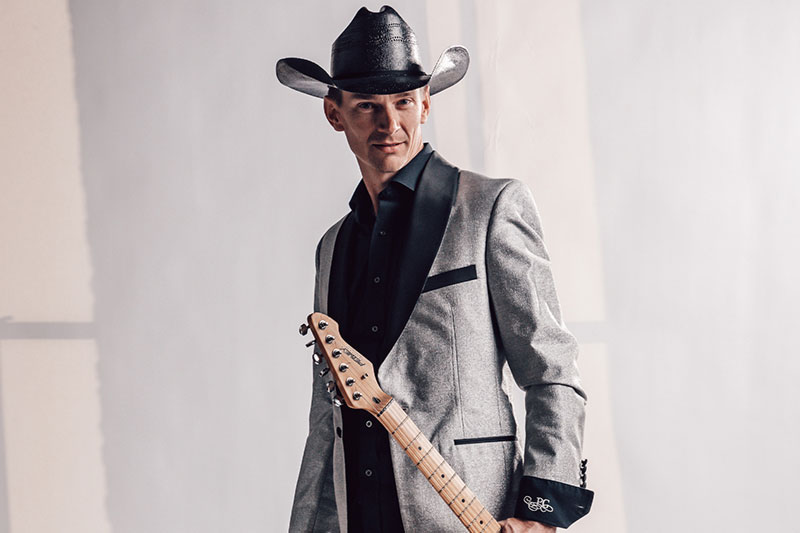 Gibson To Also Perform At The 2021 Red, White, And Back The Blue Event October 16

CLERMONT, Fla. – Country music standout Patrick Gibson steps forward on 9/11 to honor veterans and first responders at two special commemoration ceremonies honoring the victims on the 20th anniversary of the tragic attack on the United States. Gibson will be performing the National Anthem as well as his current single “The American Prayer” in Clermont, Fla. at their ‘9/11 Memorial Ceremony’ where all in attendance will join together to remember the fallen. Later that day, Gibson will be performing an acoustic version of his hit song at the ‘Tribute to Heroes’ concert in Apopka, Fla. as a featured artist. Other musical guests will include NBC’s The Voice’s Adam Cunningham, LOCASH, and more. Gibson is enthusiastic to show his love for our country in honor of a day that we must never forget, and recognize the selflessness of those who have risked their lives for it.

For more information on the City of Clermont’s ‘9/11 Ceremony’ and tickets, visit HERE.

For more information on the ‘Tribute to Heroes’ concert in Apopka and tickets, visit HERE.

“We are excited to show the LEO community our support!” shares Gibson. “To be able to have a hand in supporting those that serve their communities daily is an honor! It’s those men and women that give selflessly, and it’s their families that feel the sacrifice. To be able to share “The American Prayer” to a live audience is our way of saying ‘We Back The Blue’, not just in our home state, but nationwide! We invite everyone to stand with us, and make a difference.”

While continuing to show his love and support for law enforcement and military personnel, Gibson is also excited to show his support at the 2021 ‘Red, White, and Back the Blue’ event on October 16 at Gill Dawg in Port Richey, Fla. Hosted by the Pasco Backs the Blue rally committee, the fundraising event will feature live performances, a canned food drive, raffles, and more! Gibson will take the stage at 5 pm for a 50-minute concert featuring his fan-favorite hits including “The American Prayer,” showing gratitude for the men and women that put their lives on the line daily for our safety. All net proceeds from the fundraiser will be donated to the Pasco County Fallen Law Enforcement Officer Memorial and Benefit Foundation and Investigation Station, two grass-roots, volunteer-run, local, non-profit organizations.

To get tickets to the Pasco Backs the Blue rally, visit HERE.

About Patrick Gibson:
Making music is a stronghold for Florida Native, Patrick Gibson. Writing songs and performing since the age of 12, this guy has found his platform for sharing a message. In his later days, he shared concert stages with award-winning artists such as Rhett Akins, Rodney Atkins, Lee Brice, John Michael Montgomery, John Anderson, Trent Tomlinson, Jeff Bates, Trent Willman, Ray Scott, Michael Ray, Colt Ford, Easton Corbin, Bellamy Brothers, Chris Cagle, Ronnie Milsap, Little Texas, Restless Heart, Sawyer Brown and others. His music is recognized around the country and has led to a partnership with Nine North Records Nashville in support of his latest radio release “The American Prayer”. With great songs, a solid performance, and a heart for country music, a show from this entertainer is one you won’t want to miss!