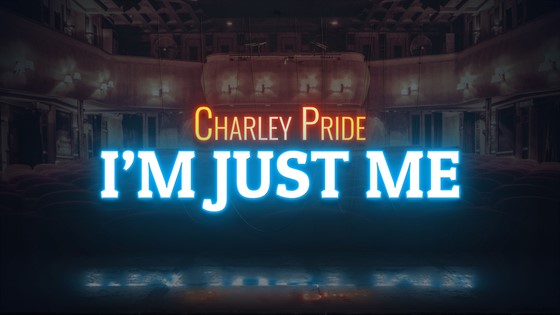 NASHVILLE, Tenn. – Throughout the month of February, while celebrating Black History Month, PBS has made it easy for Charley Pride fans and new audiences alike to learn more about his history in country music and the impact he made throughout the world. As part of their On-Demand exclusive for Passport members, American Masters – Charley Pride: I’m Just Me, Ken Burns’ Country Music, Episode 5: The Sons and Daughters of America (1964-1968), and GRAMMY SALUTE TO MUSIC LEGENDS™ are available on PBS.com and the PBS Video app. American Masters – Charley Pride: I’m Just Me will air in NY on Mountain Lake PBS (WCFE) on Tuesday, February 9 at 9 PM ET. PBS SoCal (KCET) aired the documentary on February 4th. Check your local listings for all available air times.The documentary is also available on DVD at charleypride.com.

American Masters – Charley Pride: I’m Just Me traces the improbable journey of Charley Pride, from his humble beginnings as a sharecropper’s son on a cotton farm in segregated Sledge, Mississippi to his career as a Negro League baseball player and his meteoric rise as a trailblazing country music superstar. The new documentary reveals how Pride’s love for music led him from the Delta to a larger, grander world. In the 1940s, radio transcended racial barriers, making it possible for Pride to grow up listening to and emulating Grand Ole Opry stars like Ernest Tubb and Roy Acuff. The singer arrived in Nashville in 1963 while the city roiled with sit-ins and racial violence. But with boldness, perseverance, and undeniable musical talent, he managed to parlay a series of fortuitous encounters with music industry insiders into a legacy of hit singles, a Recording Academy “Lifetime Achievement Award” and a place in the Country Music Hall of Fame.

The film includes original interviews with country music royalty, including Garth Brooks, Dolly Parton, Brad Paisley, Darius Rucker, and Marty Stuart. It also includes several on-camera conversations between Pride and special guests, including Rozene Pride (his wife of 63 years), Willie Nelson, and other fellow musicians. The film also features many songs from his repertoire of classic country hits, along with more modern cuts like “Standing In My Way,” from his latest album Music In My Heart, released in 2017.

On January 30, 2019, the film made its world premiere at Belmont University in Nashville, Tennessee. The premiere featured an appearance by Charley Pride himself, along with special guest artists featured in the film, including the film’s narrator Tanya Tucker, Jimmie Allen, Janie Fricke, and Sylvia Hutton. Members of the media and other family and friends of Pride also attended. After the film, a Q&A was hosted by the film’s director Barbara Hall, and journalist Robert K. Oermann, Country Music Hall of Fame’s Peter Cooper, and Charley Pride.

Noteworthy Facts:
• Eighteen-year-old Charley Pride made his debut in the Negro American League as a pitcher-outfielder for the Memphis Red Sox in 1952.
• Charley Pride was drafted into the army in 1956 and served 14 months in Arkansas and Colorado. While in the military, he played on the Fort Carson baseball team and sang in the barracks.
• After RCA signed him to a record deal, his third single, “Just Between You and Me,” reached the top 10 on the country music charts in 1967. The singer received his first GRAMMY® nomination, for Best Country & Western Vocal Performance, Male, for the song.
• Charley Pride first appeared on the Grand Ole Opry radio show in January 1967. When he was inducted as an Opry member in 1993, he became the first African-American Opry member since DeFord Bailey, who had been a regular member from 1927 until 1941. Pride celebrated the 25th anniversary of his induction into the Grand Ole Opry in 2018.
• Charley Pride won Entertainer of the Year and Male Vocalist of the Year at the Country Music Association (CMA) Awards in 1971.
• Charley Pride committed to an extensive tour of the U.K. in 1976, including several dates in Northern Ireland during the peak of the Troubles conflict. Because of the intense political violence, international music acts were avoiding Belfast. Pride’s November 1976 appearance at Belfast’s Ritz Cinema brought the community together and he became a hero to both sides of the conflict for helping to break the informal touring ban of Northern Ireland after several other international music acts soon followed. This resulted in “Crystal Chandeliers” being considered a ‘unity song’ in Ireland and the UK when it was subsequently released as a single.
• In 2000, Charley Pride was inducted into the Country Music Hall of Fame.
• The Recording Academy honored Charley Pride with a Lifetime Achievement Award during the GRAMMY® Salute to Music Legends awards ceremony and tribute concert event in 2017.

About Charley Pride:
Charley Pride celebrated more than 50 years as a recording artist. He enjoyed one of the most successful careers in the history of country music and is credited with helping to break color barriers by becoming the first black superstar within the genre. A true living legend, he sold tens of millions of records worldwide with his large repertoire of hits. A three-time GRAMMY® award and Recording Academy “Lifetime Achievement Award” winner, Pride garnered no less than 36 chart-topping country hits, including “Kiss An Angel Good Morning,” a massive #1 crossover hit that sold over a million singles and helped Pride land the Country Music Association’s “Entertainer of the Year” award in 1971 and the “Top Male Vocalist” awards of 1971 and 1972. A proud member of the Grand Ole Opry, Pride performed concerts worldwide and has toured the United States, Canada, Ireland, the United Kingdom, Australia, and New Zealand over the last several years. He received the Crossroads Of American Music Award At the 2019 GRAMMY Museum® Mississippi Gala in November of 2019, and the Country Music Association’s Willie Nelson Lifetime Achievement Award one year later in November 2020. On December 12, 2020, Pride died at the age of 86 from complications due to COVID-19. His memory and storied legacy will live on through his vast library of stories and songs, with forthcoming plans for a final album release, public celebration of life ceremony, tribute concert, and biopic film.