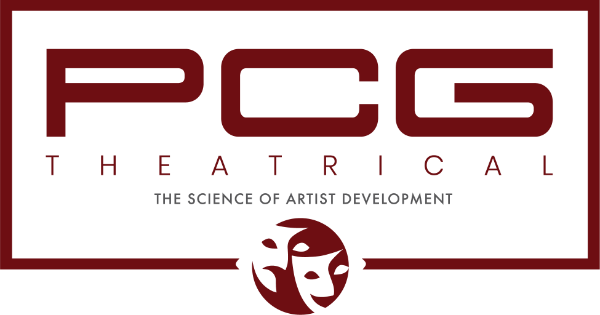 PCG Theatrical (PCGT) continues in the tradition of successful artist development programs at PCG Universal, headquartered in Nashville. The theatrical division will offer top industry professionals to guide, coach and lead future actors in all dimensions of the profession.

“I have always loved working with up-and-coming musical theater talent,” said Vincent. “Partnering with PCG Universal, with their pedigree and extraordinary success in developing artists, is incredibly exciting. We have created a musical theater training program that is literally customized for each talent that comes through our doors. Our expert coaches will arm our clients with every skill they need to become tomorrow’s Broadway talent.”

Vincent also played Simon Zealotes in Webber’s film remake of the Jesus Christ Superstar musical. In addition, he originated the role of Galileo Figaro in Queen’s We Will Rock You (2002) on London’s West End, and opened the U.S. production in 2004. He also fronted the band itself on several occasions, including an epic performance of “Bohemian Rhapsody” for Queen Elizabeth II’s Golden Jubilee for over 1 million surrounding Buckingham Palace and nearly 300 million around the globe.

“We are thrilled to add an entire theatrical division to the list of elite programs we offer,” says PCG Universal President, Bernard Porter. “Tony Vincent brings the knowledge to give our aspiring musical theater artists the best chance of achieving their dreams. His undeniable expertise meshes perfectly with our team and standards for excellence at PCG. We are honored to partner with him.”

“There is no other program out there that can educate, train, and support future Broadway stars like PCG Theatrical,” said Vincent. “If only this had been available when I was a young, aspiring actor — I would have done anything to learn from the PCG Theatrical team!”

PCGT continues in the tradition of successful artist development programs at PCG Universal with headquarters in in Nashville. The theatrical unit will offer top industry professionals to guide, coach and lead future actors in all dimensions of the profession. Something especially rare comes from this pairing of Nashville and Broadway. Tony Vincent knows from his own experience that being on stage requires more than talent. What he brings to this formula for theatrical success is the focus and preparation element that success demands. What he offers from his own experience is the knowledge that dreaming isn’t enough…passion for the stage isn’t enough…even talent isn’t enough. When the lights go up, it is either exhilarating or its withering. Preparation is the only answer — the right kind of professional preparation. Without that level of carefully developed self-assurance, talent can go by the wayside.

The level of personal development will often dictate the level of professional success. With this in mind, PCGT sets its standards high for the professionals who will coach, teach and mentor budding theatrical talent from all over the world. The standards are high, matching the hopes of those who will seek professional theatrical mentoring with the proven leader in artist development, PCG Universal. Tony Vincent understands from his own experience that being on stage requires more than talent. He will bring the focus and preparation element to the formula of theatrical success. From his own experiences, Vincent will lead the right kind of professional preparation efforts at PCGT.

When Tony Vincent isn’t on Broadway or performing on stages all over the world, he is writing and recording his own songs and producing other artist’s music. He also owns and operates his own studio, SoundShop370, which recently relocated from New York City to Nashville.

About PCG Theatrical:
PCG Theatrical is a customized, full-service artist development program specifically designed for aspiring theatre performers. Our six month/three tier program brings every aspect of your training into one place, from intensive coaching in voice, acting and dance, to real-world mentorship with professionals who have successfully lived the very life you’re dreaming of. This is not a one-size-fits-all program, where every client receives the same training. At PCGT, you will receive a personalized curriculum designed around your needs, and one-on-one coaching sessions with some of the most sought-after instructors in the theatre world. We provide the best coaches for every area you’d like to strengthen, whether that’s audition prep, mastering combinations in a fast-paced dance call, or gaining confidence in the experimental rehearsal process. If you’re a fantastic vocalist but would like to finally nail that ever-elusive rhythm of comedic acting— we can make that happen. Or, if you’re a gifted dancer, but you live in fear of the dreaded vocal audition, we have the team in place, ready to train you. PCGT will give you the confidence you need to hold your own, even when up against the most seasoned performers. Because we’ve actually lived it, we can also teach you all the things you don’t even know you need…real-world…in-the-trenches…boots-on-the-ground training with the best!

About PCG Universal:
PCG is an innovative artist development company dedicated to addressing the unique needs of the recording artist. It is the mission of PCG to apply a customized scientific approach to development, producing balance in all areas of the artist’s mind, body and spirit. The staff at PCG is committed to providing all clients with the skills, knowledge and strategic planning needed to achieve success in the music business. Furthermore, it is the mission of PCG to provide guidance, hands-on training and thorough education of the various facets of the evolving music business in an effort to minimize the amount of time needed to achieve the artist’s goals. PCG takes pride in the results we produce for our clients. Our services include a full-spectrum of opportunities and strategies that ensure and maximize success. For more information, visit www.pcguniversal.com.