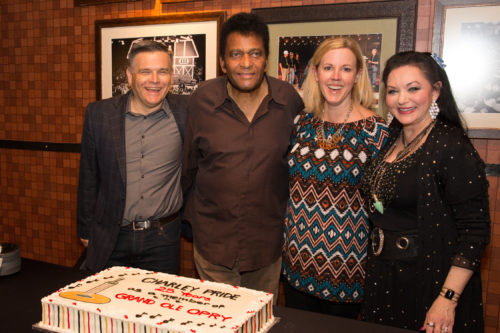 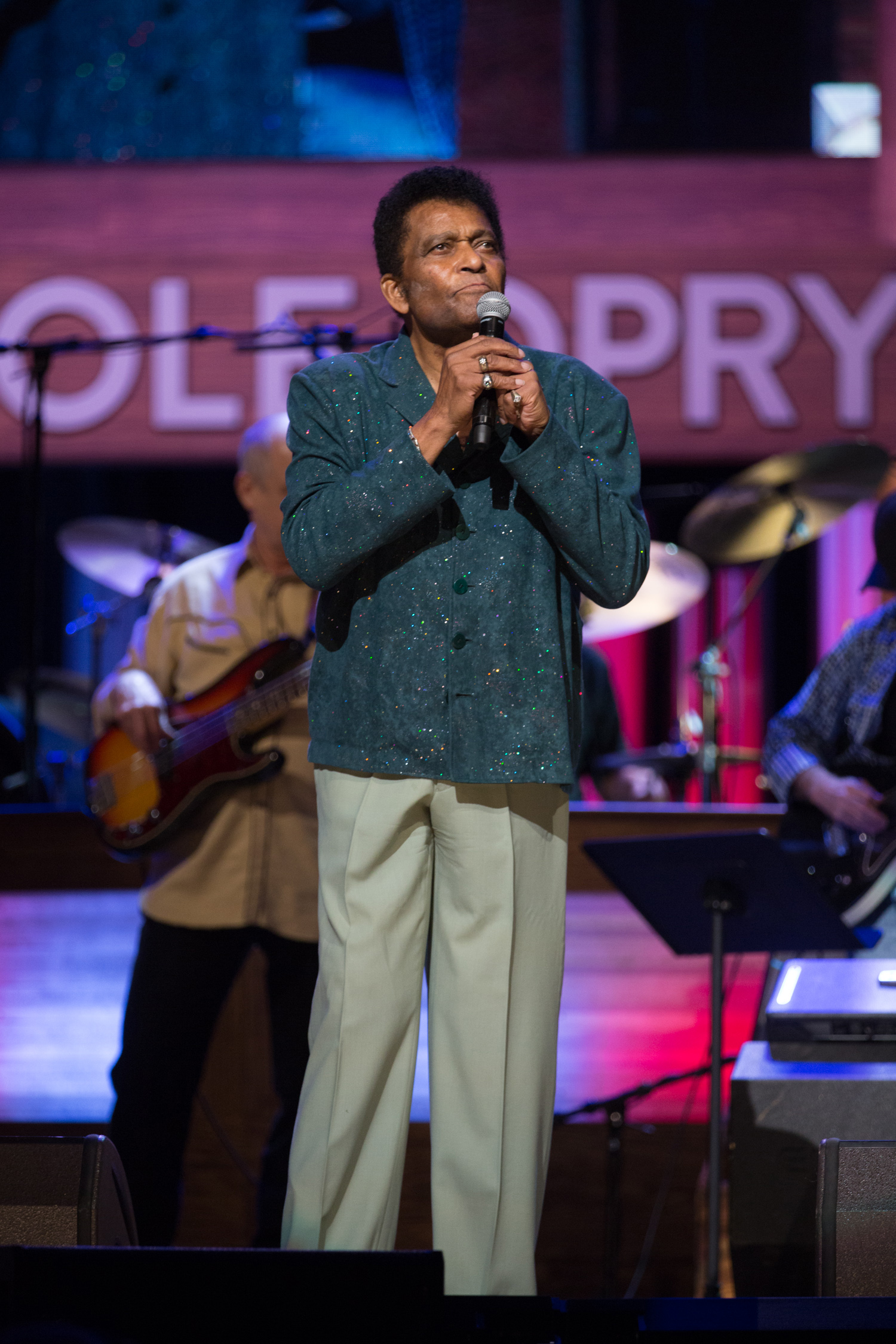 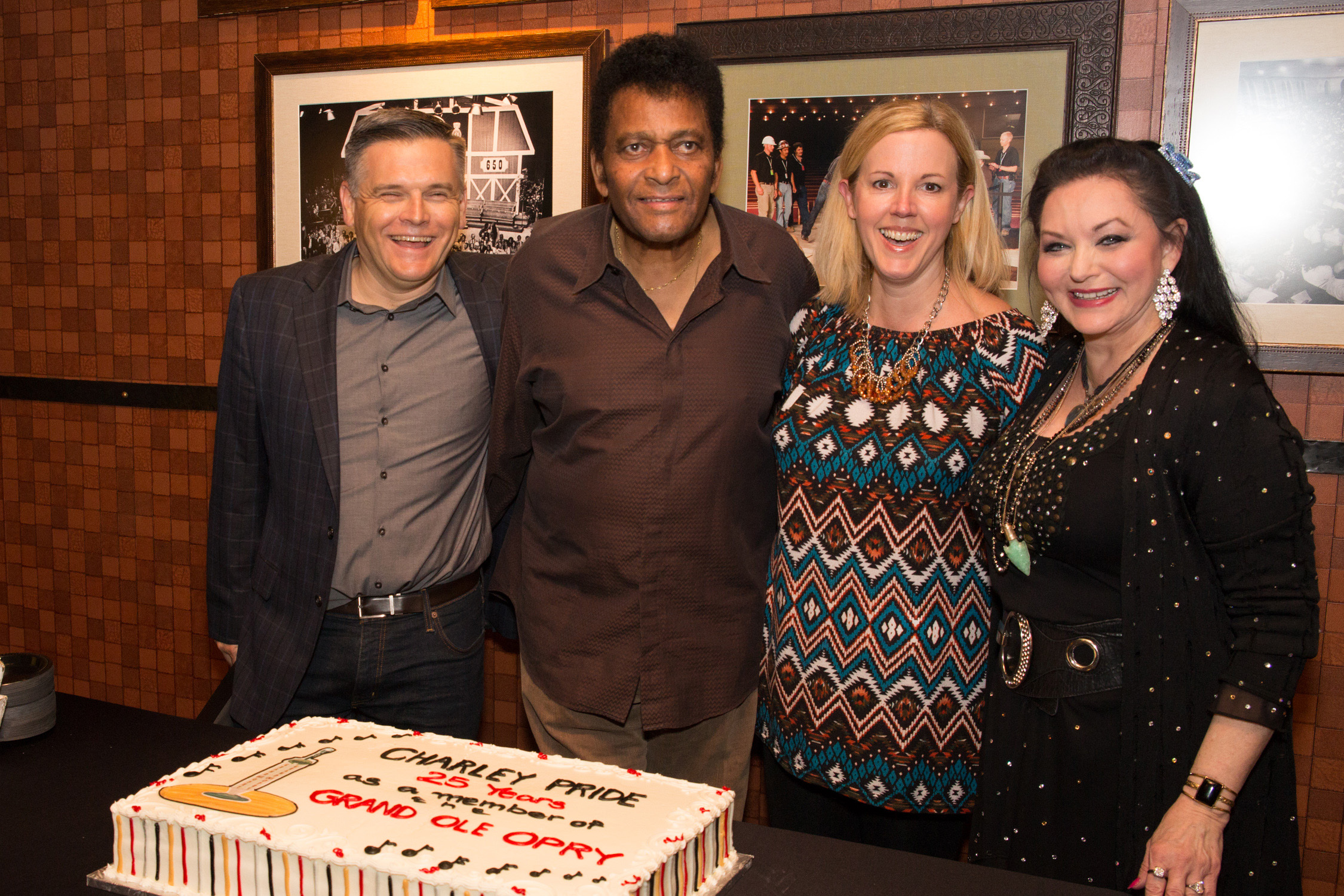 NASHVILLE, Tenn. – Country Music Hall of Fame member and Recording Academy “Lifetime Achievement Award” recipient Charley Pride celebrated his 25th Anniversary as a Grand Ole Opry member with appearances on the Opry this weekend. Pride, who made his Opry debut in 1967, performed extended Opry sets in celebration of his milestone anniversary. Opry flagship station 650 AM WSM (wsmonline.com) saluted the award-winning artist with a “Country Pride Weekend.”

Upon his Opry induction 25 years ago, Pride recalled his initial dream of baseball stardom. “It’s as if I had made it in baseball and they came up to me and took me to Cooperstown and said, ‘This is where your plaque is going to be – beside Babe Ruth, Lou Gehrig, Jackie Robinson, and Hank Aaron.”

Charley Pride also recently announced he’ll be performing at the 2018 CMA Fest, on Friday, June 8 at 8:00 pm at Nissan Stadium. Pride will be sharing the stage that evening with a host of other modern country staples including Blake Shelton, Carrie Underwood, and Old Dominion.

Tickets can be purchased on the CMA Fest website, by clicking here.

About Charley Pride:
Charley Pride is celebrating more than 50 years as a recording artist. He has enjoyed one of the most successful careers in the history of country music and is credited with helping to break color barriers by becoming the first black superstar within the genre. A true living legend, he has sold tens of millions of records worldwide with his large repertoire of hits. A three-time GRAMMY® award and Recording Academy “Lifetime Achievement Award” winner, Pride has garnered no less than 36 chart-topping country hits, including “Kiss An Angel Good Morning,” a massive #1 crossover hit that sold over a million singles and helped Pride land the Country Music Association’s “Entertainer of the Year” award in 1971 and the “Top Male Vocalist” awards of 1971 and 1972. A proud member of the Grand Ole Opry, Pride continues to perform concerts worldwide and has toured the United States, Canada, Ireland, The United Kingdom, Australia and New Zealand over the last several years. For more information, visit CharleyPride.com.

About The Grand Ole Opry:
The Grand Ole Opry® is presented by Humana®. Opry performances are held every Friday and Saturday of the year, with Tuesday night shows through December and season Opry Country Classics shows on Thursdays. To plan an Opry visit, call (800) SEE-OPRY or visit opry.com. The Opry presents the best in country music live every week from Nashville, Tenn. Celebrating nine decades of entertainment, the Opry can be heard at opry.com and wsmonline.com, Opry and WSM mobile apps, SiriusXM Satellite Radio, and its flagship home, 650 AM-WSM. The Grand Ole Opry is owned by Ryman Hospitality Properties (NYSE: RHP). For more information, visit opry.com.

About 650 AM WSM:
650 AM WSM’s first official broadcast day was October 5, 1925. The station is the radio home of the Grand Ole Opry, which has been broadcast live over the WSM airwaves since its inception. 650 AM WSM is owned by Ryman Hospitalities (NYSE: RHP). A weekly listing of all 650 AM WSM programming is available at wsmonline.com.