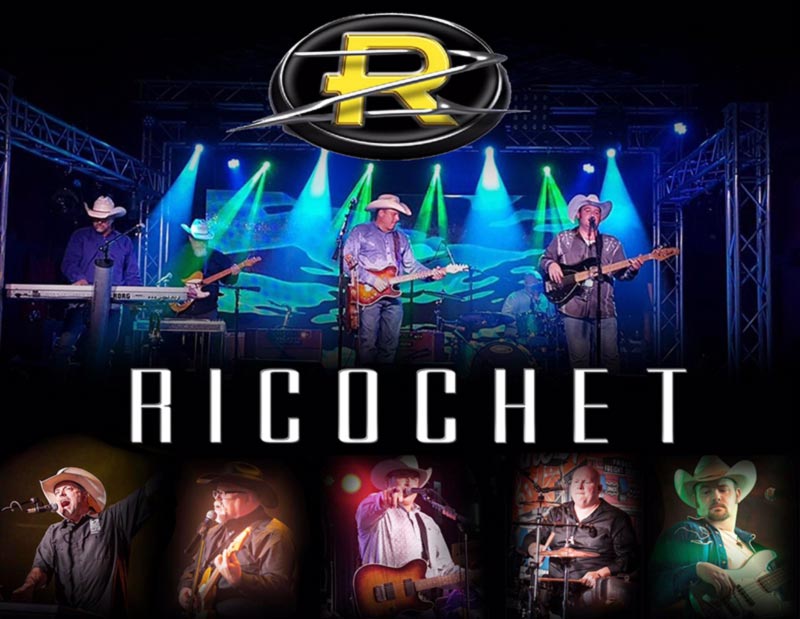 NASHVILLE, Tenn. – 90s hit-making country group Ricochet will return to the world-famous Grand Ole Opry on Wednesday, October 12, marking their first performance on the iconic stage in 22 years! With hits including “Daddy’s Money,” “What Do I Know,” and “He Left A Lot To Be Desired,” the appearance will be one that should not be missed! This year also marks the 25th anniversary of their hit single, “He Left a Lot to Be Desired,” with new tour dates being added regularly.

“After a 22-year absence, we are so honored to be invited back to perform on the Grand Ole Opry,” shares Heath Wright. “It will feel so good to step onto the sacred circle of that hallowed stage. To do so with a few of my original bandmates will make it that much sweeter. I’ve never been more proud to be a part of country music!”

The band’s distinctive musical style and intricate harmonies earned them recognition as one of the most popular vocal groups in country music and ultimately the Academy of Country Music honor for “Best New Vocal Group” in 1996!

Ricochet was spotlighted on SiriusXM in September with a one-hour performance special airing on SiriusXM Prime Country channel 58 hosted by Storme Warren.

“We have so many exciting things happening right now,” Wright continued. “From SiriusXM’s Prime Country special to getting back on the road and touring. It is awesome to see this resurgence of 90s country and we are working on a new album project that will be out soon.”

Suggested post:
.@RicochetTour to play the @Opry Weds, Oct. 12 – their first time in 22 years! You don’t want to miss it! #DaddysMoney #WhatDoIKnow #HeLeftALotToBeDesired