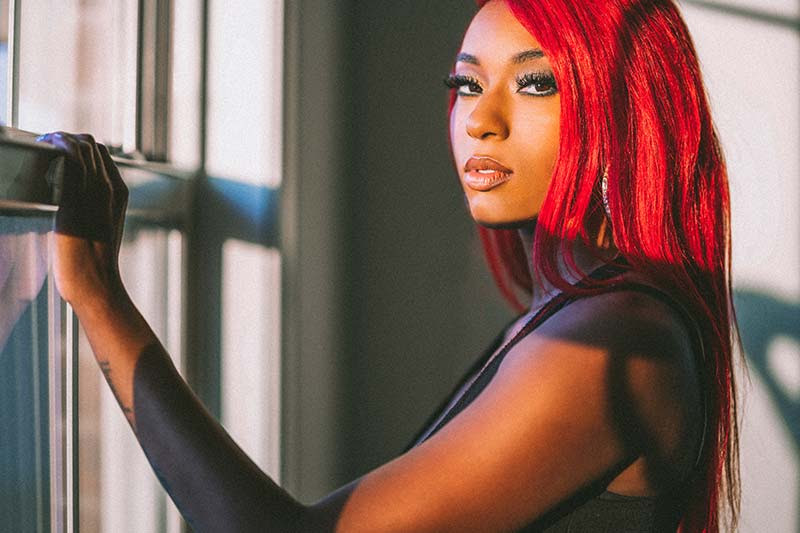 NASHVILLE, Tenn. – Rising country singer/songwriter Reyna Roberts, a rare flame with whom passion and immeasurable talent light up each lyric, leads without fear and continues to remain bold in her pursuit to stardom. Roberts will be joining the Song Suffragettes at the Listening Room Cafe Monday, July 13th at 6pm CT. Reyna will join Mia Manita, Mackenzie Carpenter, Mia Morris, Bree Doster and Chloe Gilligan. Tune in LIVE at youtube.com/user/songsuffragettes.

“Every time I perform with the Song Suffragettes I’m reminded of my first show in Nashville, because it was with them,” said Roberts. “They brought me in with open arms and were amazing enough to let me play. It’s an experience I’ll never forget. Thank you Todd and Helena for giving us a platform to share our stories.”

The all-female singer-songwriter collective titled Song Suffragettes, is a one-hour weekly acoustic showcase featuring up-and-coming female country artists. The stellar showcase creates greater opportunity for females in the music industry to be noticed and heard. Over 235 female artists have contributed to the popular collective and Reyna is next in line to shine. Stay tuned for Robert’s latest single, “Stompin’ Grounds” to be released later this month!

To keep up with future events and information, follow the social channels linked below.

About Reyna Roberts:
From a young age Reyna was exposed to many artists across various genres of music, including Aretha Franklin, The Dixie Chicks, Led Zeppelin, Christina Aguilera, Gretchen Wilson, Destiny’s Child, and Journey to name a few. This early exposure to music created the soundtrack to her life. Reyna’s first performance was at 3 years old at a bar in Fairbanks, Alaska where she sang “Lady Marmalade.” In 2014, Reyna recorded her first song, “Lying to Myself,” illustrating a crush on the captain of her high school wrestling team. In 2016 she developed her performance skills as she toured throughout the US, opening for The Plain White T’s. In addition to her athletic abilities and undying passion for music, Reyna is also an active volunteer within the community. She has performed to assist in fundraising efforts for organizations such as: Stand for the Silent, Rett Syndrome Awareness, The Wounded Warrior Project, Teen Impact Affiliates, and the Empowerment Project. Because of family experiences with PTSD and other mental health disorders, Reyna is a committed advocate in supporting military service members and veterans.Reyna is gearing up to release her first single, “Stompin’ Grounds,” produced by Noah Henson, with Oath Management and represented by 2911 Media. With undeniable charisma, the possibilities are endless for groundbreaking entertainer, Reyna Roberts.

About Song Suffragettes:
Song Suffragettes is a collective of female singer-songwriters that performs every Monday night at The Listening Room Café in Nashville, TN. In six years, Song Suffragettes has showcased over 250 talented women out of over 1,400 who have submitted to play the show. With weekly sell-outs and a mantra of #LetTheGirlsPlay, Song Suffragettes vocally combats widespread discrimination against women in the music industry by giving female talent a place to play, grow and evolve with fellow creatives. Since its inception, 16 Song Suffragettes women have gone on to receive record deals and over 40 have landed music publishing deals. With over 3 million views on their YouTube channel, Song Suffragettes was named by Billboard magazine as one of “Next-Gen Nashville: 16 People, Places and Things Shaking Up Music City”. On April 26th, four Song Suffragettes will embark on the collective’s first U.K. Tour that will visit London, Glasgow and more. Featured in Forbes, ELLE, USA Today, Washington Post, Grammy.com, Boston Globe and on PBS NewsHour and NPR, Song Suffragettes continues to fight for female talent to be heard throughout the country and beyond. For more information, visit www.SongSuffragettes.com.
# # #
Suggested Tweet:
Rising Singer/Songwriter @thereynaroberts joins the #songsuffragettes at @thelisteningroomcafe Monday, July 13th 6pm CT #LetTheGirlsPlay