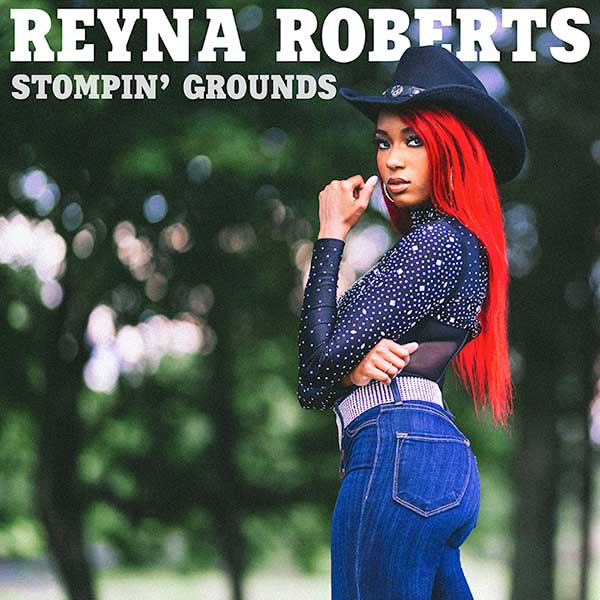 “I discovered Reyna on instagram and her voice completely blew me away.
It’s so beautiful to see other girls that look like me feel encouraged to sing country music.
I have no doubt that her work ethic, heart, and voice will take her straight to the top.”
– Mickey Guyton (Country music artist)

“I was immediately grabbed by Reyna’s voice and writing in the demos I heard.
After meeting her it doesn’t take long to realize she’s a magnetic force with a true vision.”
– Jeffrey Hasson (Paradigm Talent Agency)

“A beautiful soul, fireball and power all wrapped up in one girl.
One of the most naturally gifted artists I’ve worked with.
There’s no doubt this girl was born to sing.”
– Adam Box (Brothers Osborne drummer)

“The minute Reyna walked into my studio and we started creating together, it reminded me so much of when I started producing Kane Brown, and I just knew she was gonna be a force to be reckoned with! A real Superstar!!”
– Noah Henson (Brantley Gilbert’s guitarist, produced and helped develop Kane Brown)

NASHVILLE, Tenn. – Rising Country singer/ songwriter Reyna Roberts is blazing a trail toward success with the release of her latest single, “Stompin’ Grounds.” This hard-hitting Alabama anthem is lively and energetic. The song invites fans to join Roberts as she gets wild and kicks up dust. She invites us to take a look at her southern roots. Reyna’s rare voice and universal lyrics remind us that we all have “Stompin’ Grounds,” and her song allows fans to remember their origins too. “Stompin’ Grounds” dares listeners to get rowdy, raise a little hell, and still find a way to church on Sunday. Roberts’ single propels her forward on a relentless rise to stardom. An exclusive lyric video premiered on Rolling Stone Country. The single is now available to download and stream on all digital platforms.

“Roberts is a black woman singing bangers like “Stompin’ Grounds” that could fit right in on country radio. Carrie Underwood is already a fan.” – Marissa R. Moss, Rolling Stone Country

When asked about the story behind the song, Roberts shared, “I remember when me and Noah Henson (my producer and co-writer), first started writing “Stompin’ Grounds.” He and his family (I think of them as my family, too) had just moved into their new house. We were sitting on the floor because his studio wasn’t set up yet. There was nothing in the room – just me, him, and his acoustic guitar. Noah was playing a riff, and I immediately loved it. So, we began to write. We laugh about it now because we didn’t even have chairs. So, we recorded a voice memo of the session, and he put parts of the voice memo in the song. We took my influences of Chris Stapleton, Carrie Underwood, Brantley Gilbert, and Brothers Osborne, and put it in a song.”

Roberts recently performed with the Song Suffragettes at The Listening Room Cafe in Nashville, Tennessee. She performed some of her original material, and has multiple projects that fans all over the world can’t wait to hear and will not want to miss.

“Stompin’ Grounds’ captures everything that represents me,” shares Roberts. “I think the song resonates with anyone who’s ever wanted to kick down doors. I’m incredibly grateful to have a team that believes in me, the song, and my vision. I can’t wait for everyone to hear what Reyna Roberts sounds like.”

The sky’s the limit for country flame Reyna Roberts… “and don’t you forget it!”

To keep up with future events and everything Reyna Roberts, follow the social channels linked below.

About Reyna Roberts:
From a young age, Reyna’s parents (both Army veterans) exposed her to many artists across various genres of music: Aretha Franklin, The Chicks, Led Zeppelin, Christina Aguilera, Gretchen Wilson, Destiny’s Child, and Journey to name a few. This early exposure to music created the soundtrack of her life. Reyna’s first performance was at three years old at a bar in Fairbanks, Alaska where she sang “Lady Marmalade.” In 2014, Reyna recorded her first song, “Lying to Myself,” illustrating a crush on the captain of her high school wrestling team. In addition to her athletic abilities and undying passion for music, Reyna is also an active volunteer within the community. She has performed to assist in fundraising efforts for organizations such as Rett Syndrome Awareness, The Wounded Warrior Project, Teen Impact Affiliates, and the Empowerment Project. Because of family experiences with PTSD and other mental health disorders, Reyna is a committed advocate in supporting military service members and veterans. Reyna is gearing up to release her first single, “Stompin’ Grounds,” produced by Noah Henson, with Oath Management and represented by 2911 Media. With undeniable charisma, the possibilities are endless for groundbreaking entertainer, Reyna Roberts.