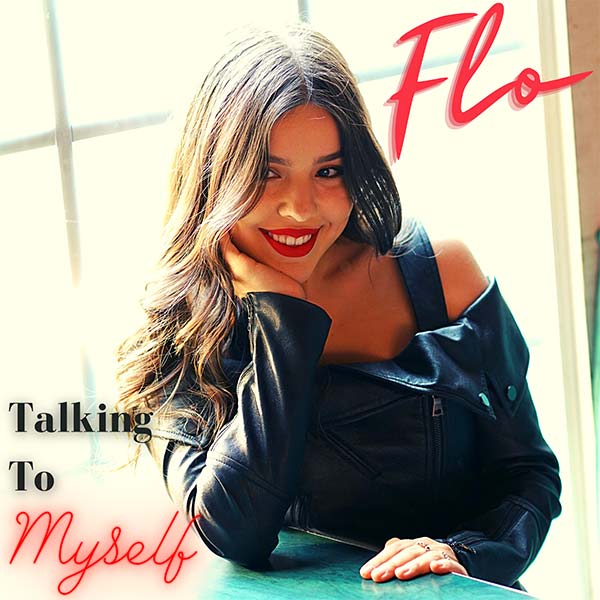 NASHVILLE, Tenn. – Rising Pop-Country singer/ songwriter and electrifying newcomer Flo, is strutting her way to the top with the release of her latest single, “Talking To Myself.” The song details an all too familiar struggle of those who have had to waste precious youth and energy on unrequited love – but Flo is not standing for it anymore. The lyrics exist to empower the brokenhearted while the beat erupts, and the world stops to take note of a perspective that deserves to be heard. Flo’s sparkling charisma, paired with the praising potential of “Talking To Myself,” takes center stage and enters the scene as the diamond in the rough.

“At first glance, “Talking to Myself” is a song about a relationship that’s clearly not working out,” expresses Flo. “One side is fighting to make the relationship work while the other wants it to work too, but isn’t willing to put in the effort. That’s how the title came about; the relationship feels so one-sided that it’s like you’re talking to yourself.”

The playful pop flair present in “Talking to Myself” serves up spice and calls out those who refuse to put in a little extra effort to sustain love, while providing a shoulder to lean on for fans who feel stuck behind bars of similar relationships. Flo’s confidence mirrors desire and extraordinary commitment to sharing her passion with fans and is successfully articulated in “Talking to Myself.” This empowering release illuminates the airwaves with unmatched energy while standing as a staple on all summer playlists. Flo continues to remain active with fans on social media during various phases of social distancing and has multiple projects in store for the coming months! Fans will not want to miss the iconic force that is Flo.

To keep up with future events and everything Flo, follow the social channels linked below.

About Flo:
Chilean native and electrifying newcomer Flo is taking the world by storm one performance at a time. Originally born in Chile, Flo’s family moved to Canada at the age of five. She began to play piano, and it was there that her love for music developed into a real passion. Upon returning to Chile at the age of eight, Flo decided to join her school’s choir, where she was immediately asked to perform a solo. As soon as she took the stage, she knew this was her calling. At the age of thirteen, Flo’s family moved to Singapore. While performing at local events, a doctor in attendance asked if she would like to participate in a charity event called “The President’s Challenge” for the KK Women’s and Children’s Hospital in Singapore. As a special guest for the evening’s event, Singapore’s former President Tony Tan was present for Flo’s performance. Something else exciting occurred after sharing a homemade video of herself singing Whitney Houston’s “I Have Nothing” and “I Will Always Love You,” Flo received an invitation from David Foster to join him while making a special appearance abroad. Currently living between Miami, Florida, and Nashville, Tennessee, Flo recently finished recording her first EP, featuring her latest single “Talking To Myself” produced and co-written with Noah Henson and is signed with Oath Management.