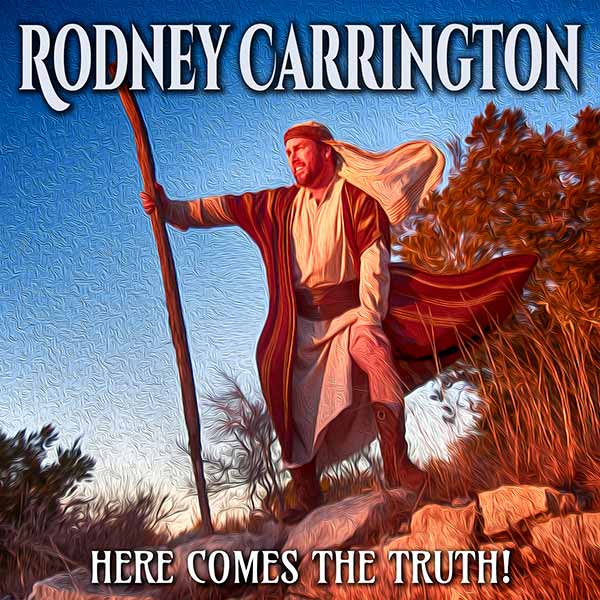 Renowned comedian, actor, singer and writer Rodney Carrington is set to kick-off his 2018 touring season this weekend in the Beaumont, Texas, – you know, they say everything is bigger in Texas – and from a few track titles like “I’m Fat,” and “Viagra,” from him latest Netflix-only special Here Comes The Truth and accompanying CD, which debuted #1 on the iTunesComedy chart, both the special and the recording are sure to put smiles on plenty of faces throughout the world. Recorded before a live audience at the BOK Center in Tulsa, Oklahoma, offers his devoted fan following a no-holds-barred look at life and love – in a unique way that only Carrington can deliver.

While Carrington boasts nine successful albums, it’s on stage where the performer truly shines. Ranking as one of the top-grossing comedians in America according to Pollstar, Carrington has brought nothing but laughter to attendees for over a decade. The current project Here Comes The Truth is digitally available on iTunesand Google Play, and was recently released as a Netflix-only special, which gives fans an opportunity to see one of America’s most beloved and commercially-successful comedians live.”I am having more fun than I ever have. Every time I go on stage, it’s like talking to my friends – we have shared many years together,” says Carrington.

About Rodney Carrington:
A native of Longview, Texas, Carrington first came to prominence with a series of appearances on morning radio shows across the United States, such as The Bob & Tom Show. The exposure led Carrington to become one of the most sought-after comedians on the live comedy circuit. In 1998, he released his debut album, Hangin’ With Rodney, which led to a successful string of albums, including Rodney Carrington Live, Nut Sack, and Morning Wood, which earned an RIAA Gold certification for sales of 500,000 copies – a rare occurrence for a comedian in the 2000s. He brought his talents to the big screen, appearing with Toby Keith in Beer For My Horses, and his own ABC-TV sitcom, appropriately titled Rodney, which ran for two successful seasons. Carrington has appeared on countless other TV shows, including the ACA (American Country Awards) and hosting the American Country New Year’s Eve Live show on FOX. He also won “Supporting Character of the Year” from the CMT Music Video Awards for his appearance on the Trace Adkins’ music video “I Got My Game On.” Carrington continues to tour and maintain a strong connection to his audience, both at live shows and through social media.