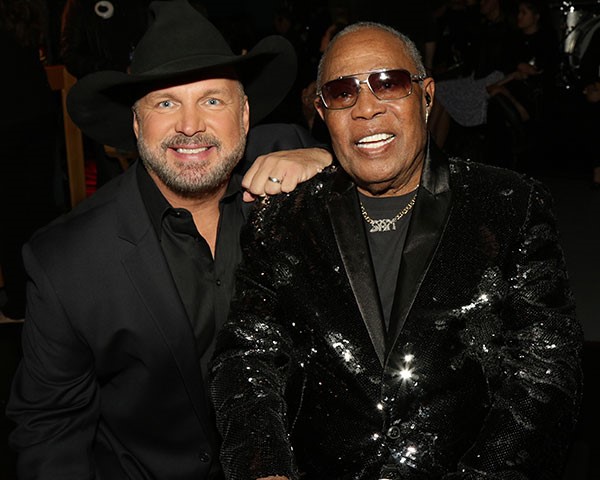 SANTA MONICA, Calif. – Sam Moore and Dave Prater – the groundbreaking duo, Sam & Dave, who brought their gospel roots to Soul music, were one of the primary chart stars at the Stax and Atlantic labels in the ’60s. Bringing the passion of call and response to their wailing soul side, the duo were honored by The Recording Academy™ as one of the recipients of the Special Merit Awards, The Lifetime Achievement Award in May in Los Angeles.

Led by GRAMMY-nominated industry icon Greg Phillinganes as musical director and hosted by past GRAMMY nominee Sheila E, the celebration and tribute concert features rare performances by honorees and never-before-seen renditions of their classic songs by those they’ve inspired.

Ashford & Simpson
Medley: “You’re All I Need To Get By”/”Ain’t No Mountain High Enough” (performed by Valerie Simpson and Kenny Lattimore)

A production of THIRTEEN LLC for WNET, “GRAMMY Salute To Music Legends” on “Great Performances” is written by David Wild and directed for television by David Horn, with Mitch Owgang as producer, and David Horn and Neil Portnow as executive producers.

About The Recording Academy:
The Recording Academy represents the voices of performers, songwriters, producers, engineers, and all music professionals. Dedicated to ensuring the recording arts remain a thriving part of our shared cultural heritage, the Academy honors music’s history while investing in its future through the GRAMMY Museum, advocates on behalf of music creators, supports music people in times of need through MusiCares, and celebrates artistic excellence through the GRAMMY Awards®—music’s only peer-recognized accolade and highest achievement. As the world’s leading society of music professionals, we work year-round to foster a more inspiring world for creators.