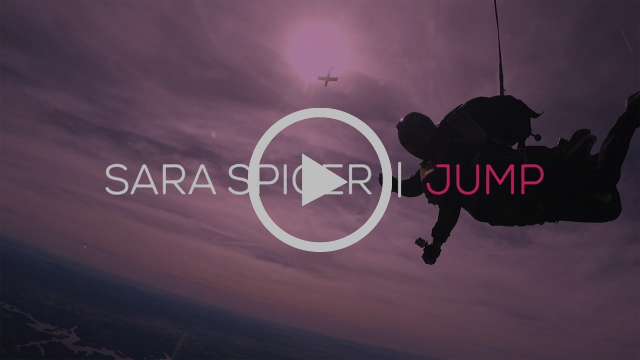 NASHVILLE, Tenn. – “Jump,” the debut single from Sara Spicer’s New Girl EP, has been steadily gaining popularity since first making its appearance on the Music Row Country Breakout Chart nearly 12 weeks ago. Now, with the song continuing to climb, Sara is excited to announce the long-awaited video for “Jump” made its online premiere today via The Boot and its broadcast premiere via The Country Network (TCN).“I’m really excited and humbled to have my debut video for ‘Jump’ to premiere on The Boot!” said Spicer. “This song means a lot to me because I believe that you have to just go for your dreams – and always give your best – never settling for anything less than just that!”Additionally, Spotify recently added “Jump” to their extremely popular Wild Country playlist on the music streaming network, and 28 country radio stations across the U.S. which have added the song to their regular rotation.“Jump” is a blissful and inspirational song that shows off Sara’s soulful and powerful vocal talents, along with delivering an inspirational message that all listeners can relate to.After touring the US with an all-girl country group, Sara Spicer moved to Nashville and jumped into becoming a serious songwriter and recording artist. Finding her own style with her wide-ranging voice, Sara draws inspiration from a broad range of country and popular artists — from Patsy Cline to Dolly Parton to Celine Dion, and Christina Aguilera.Sara Spicer’s musical talents first began to resonate with her family when she performed Judy Garland’s evergreen “Over The Rainbow” at age four. Growing up in Pennsylvania, she began performing with her parents, and earned a slot opening for some of the biggest stars in Country Music, such as the iconic stylist Tanya Tucker. One of Spicer’s biggest musical moments (so far) came with her penning the emotional “Heaven’s Gate,” a song about the tragic passing of her mother. Among her live performances include Philadelphia Soul Arena Football League games, the National Anthem for a Texas Rangers game, Yachtstock RiverJam, the Camden Freedom Festival, and Country Live at Harrah’s.For information on Sara Spicer, visit www.saraspicer.com.