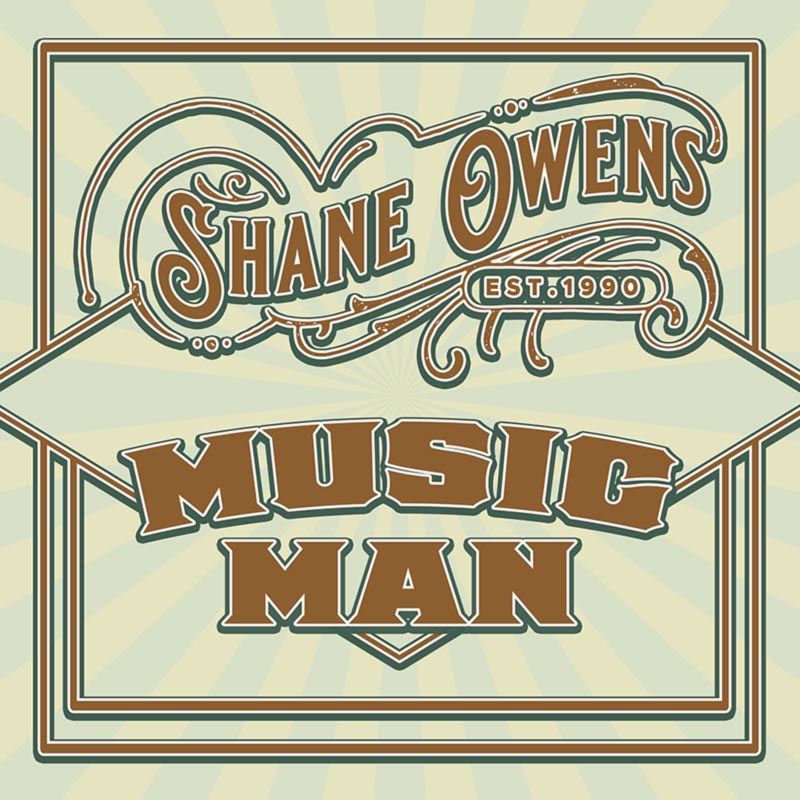 “This new single by Shane Owens makes me want to roll the windows down, turn the radio up and sing along. GREAT SONG and performance, Shane!!” – T.G. Sheppard

“Country music is in good hands with Shane Owens! He’s remained true to his style and proves he is a true ‘Music Man.’” – Johnny Lee

NASHVILLE, Tenn. – Country music singer/songwriter Shane Owens’ recently released single, “Music Man,” continues to stand out as it has now broken the top 40 spot on the Music Row CountryBreakout Radio Chart reaching #34. Co-written by Galen Griffin, Monte Holmes, and Wil Jones, and produced by Ace Lutz, “Music Man” gives listeners that classic yet contemporary country feel through Owen’s signature bold vocals and upbeat energy. The tune describes playing with his band at local honky-tonks to fast-paced life on the road, highlighting exactly what it means to be the true “music man” Owens was born to be. Known for being one of the few country artists who delivers modern-day sounds while honoring traditional country roots, Owens continues to pay homage to his heroes and stays true to his own style. From playing the world-famous Grand Ole Opry with his debut in 2017 and appearing in many CMA festivals throughout his career, “Music Man” is another reason that proves Owens can’t stray from sharing his talent with the world!

“I’m so excited to be sitting at the number 34 spot on Music Row in Nashville. Thanks to country radio for all the support and playing Music Man!” shares Owens.

Owens is also giving back to the community by hosting his second annual ‘Shane Owens & Friends Neighborhood Cleanup’ in his hometown of Samson, Alabama. In an effort to show gratitude to the place where he formed his country roots, Owens, along with family, friends, and volunteers will take to the streets to clean up trash to leave the small town as pristine as possible. The event is set to take place Saturday, March 19 at 9 a.m. CT.

“I’m very pleased with last year’s Samson, Alabama city-wide clean-up. We had such a good turn out and everyone did such a great job that we’re excited to do it again this year on March 19,” shares Owens. “Looking forward to this event and giving back to our community and city!”

About Shane Owens:
Named by Rolling Stone Country as one of the “10 New Country Artists You Need To Know,” and awarded 2018 Music Row Independent Artist of the Year, Shane Owens has been building a strong following for more than a decade. His powerful vocal range combined with the emotional lyrical content of his songs has made him a favorite of fans, critics, and fellow artists alike. After starting his career opening shows for dozens of major stars, the baritone performer attracted the attention of Nashville music executives, and he soon landed a record deal. However, with all the changes in the music industry at the time, his album was shelved and never released. Just like the ‘Never Give Up’ mantra of his lyrics, Owens picked himself up and moved on, thanks to famed producer James Stroud (Tim McGraw, Aaron Lewis, Clint Black), country music legend Randy Travis, who co-executive produced his first album, Where I’m Comin’ From, and AmeriMonte Records. Never one to sit still for long, Shane Owens is currently impacting at radio with his latest single “Music Man.” For more information, visit shaneowenscountrymusic.com.