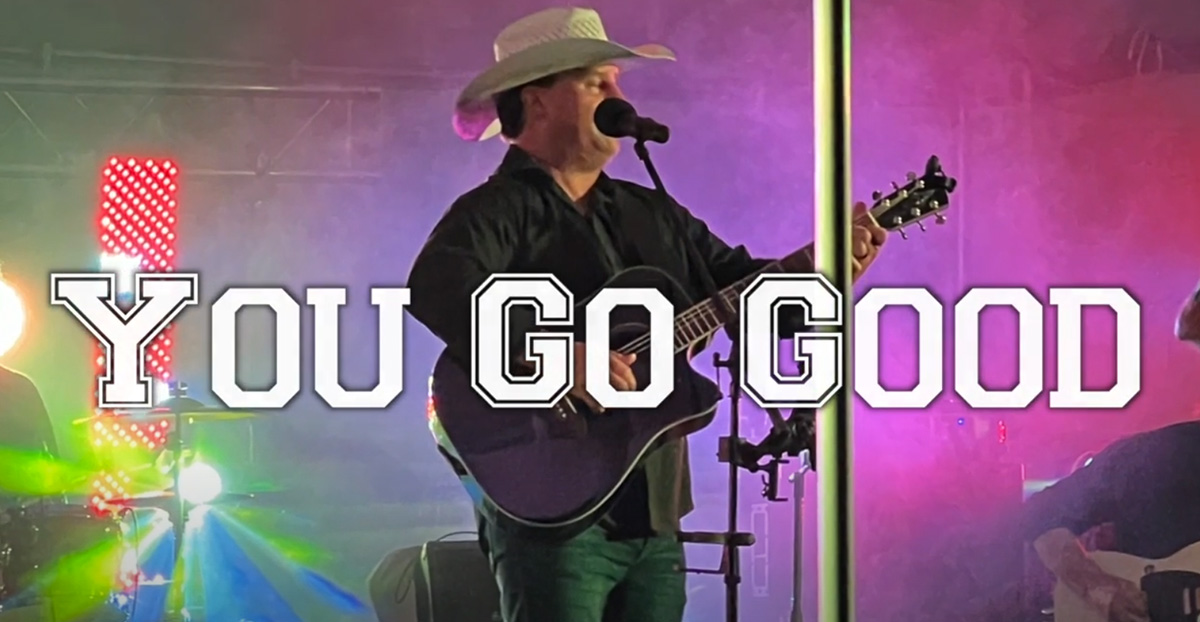 “Shane Owens can always be counted on to deliver a strong song with a winning performance that oozes with country boy charm. He does just that again on his latest single. “You Go Good” sounds like an infectious breezy summertime hit!” – Deborah Evans Price

“From foot-stomping music to heartfelt words that make you feel good about the relationship you are Blessed to be in, Shane Owens’ new single “You Go Good” is what is needed in these times of self-doubt.” – Judy Shields, The Hollywood Times

“Shane Owens is a country star whose new hit single ‘You Go Good’ will be climbing up the country music radio charts with this sing-a-long hit of the Summer season! With a country music mixture of Luke Combs, Kenny Chesney, and a bit of Keith Urban, you’ve got one of the hottest voices that will get all the girls falling in love with their own country boys with ‘You Go Good’.” – Dr. Ward Bond of The Dr. Ward Bond Show

“What a treat for my ears!! This tune “Goes Good” right on to my playlist on all my devices. Shane Owen’s voice is as Country as they come and this song is a showcase for Shane’s exceptional talents.” – Daniel Knight, Nashville Country Music Magazine

“Shane has captured the perfect summer song ride along…you will be car dancing the whole trip with this one!” – Devon O’Day, Host of Main Street Today

“Shane Owens brings us a new song “You Go Good” that reminds us why we love 90s Country Music so much… Mid-tempo, under 3 minutes, positive, and a song about love. And the vocal is mixed perfectly against a dynamic country groove. – Shane Owens – You Go Good on the radio!” – Dennis Banka, WUCZ in Carthage, Tennessee

“Shane Owens gives a solid performance with a vocal delivery that is all country. This is a great cruising song with a strong hook I found myself thumping my steering wheel to. It will take people like Shane Owens to keep traditional country pure at heart.” – Joe Don Baker, 95.1 Everything Country North Carolina

“Shane Owens delivers another feel-good country song with “You Go Good With Me”. His ability to bring back the best of country music from the 90s mixed with a need to be on a beach soaking up some sun makes you immediately want to roll your windows down and turn the radio up. I need more!” – Missy Wolf, Center Stage Magazine

“You Go Good’ by Shane Owens is a perfect feel-good, summer song to jam to with the windows down or anywhere! Way to go Shane for putting out that summer hit!” – Travis Bryan, The Live Show WEKT in Elkton, Kentucky

“Shane Owens’ “You Go Good” instantly transports you to a 90s honky-tonk as its classic catchy rhythm gets you moving and ready to dance with the one you love.” – The Country Note

“‘You Go Good’ is a great summer song! This is one of those tunes where you have the top down, song blasting the speakers, heading to the beach!” – Duke Rice, WTVY 95.5 in Dothan, Alabama

NASHVILLE, Tenn. – Country music singer/songwriter Shane Owens continues to celebrate the success of his current single “You Go Good” by releasing a brand new lyric video showing never before seen photos and videos of live performances from throughout his career. Owens continues to put his southern charm on display with “You Go Good,” while describing how some things just fit perfectly together, whether they’re a likely pair or not. Like how a “Sunday needs a sermon,” or as opposite as Hollywood and red clay Georgia, all he knows is “you go good with me.” “You Go Good” was premiered by Cowboys & Indians Magazine and is available to download and stream on all digital platforms now!

“You Go Good” has been one of my favorite singles to release to date,” shares Owens. “It’s an uptempo, love song that simply looks at a relationship and even though they may be opposites, they simply fit like a glove. Thank you to Cowboys & Indians Magazine for your continued support and I hope everyone likes the new lyric video.”

Owens’ “You Go Good” made the top #3 most downloaded & top #3 most streamed tracks on Play MPE, demonstrating Shane’s unique ability to relate to every listener. His previous single, “Music Man” continues to stand out as it broke into the top 40 on the Music Row CountryBreakout Radio Chart reaching #34. Known for being one of the few country artists who deliver modern-day sounds while honoring traditional country roots, Owens continues to pay homage to his heroes and stays true to his own style. From playing the world-famous Grand Ole Opry with his debut in 2017 and appearing in many CMA festivals throughout his career, Owens’s most recent single “You Go Good” is another reason that proves Owens is dominating the industry.

About Shane Owens:
Named by Rolling Stone Country as one of the “10 New Country Artists You Need To Know,” and awarded 2018 Music Row Independent Artist of the Year, Shane Owens has been building a strong following for more than a decade. His powerful vocal range combined with the emotional lyrical content of his songs has made him a favorite of fans, critics, and fellow artists alike. After starting his career opening shows for dozens of major stars, the baritone performer attracted the attention of Nashville music executives, and he soon landed a record deal. However, with all the changes in the music industry at the time, his album was shelved and never released. Just like the ‘Never Give Up’ mantra of his lyrics, Owens picked himself up and moved on, thanks to famed producer James Stroud (Tim McGraw, Aaron Lewis, Clint Black), country music legend Randy Travis, who co-executive produced his first album, Where I’m Comin’ From, and AmeriMonte Records. Never one to sit still for long, Shane Owens is currently impacting at radio with his latest single “You Go Good.” For more information, visit shaneowenscountrymusic.com.