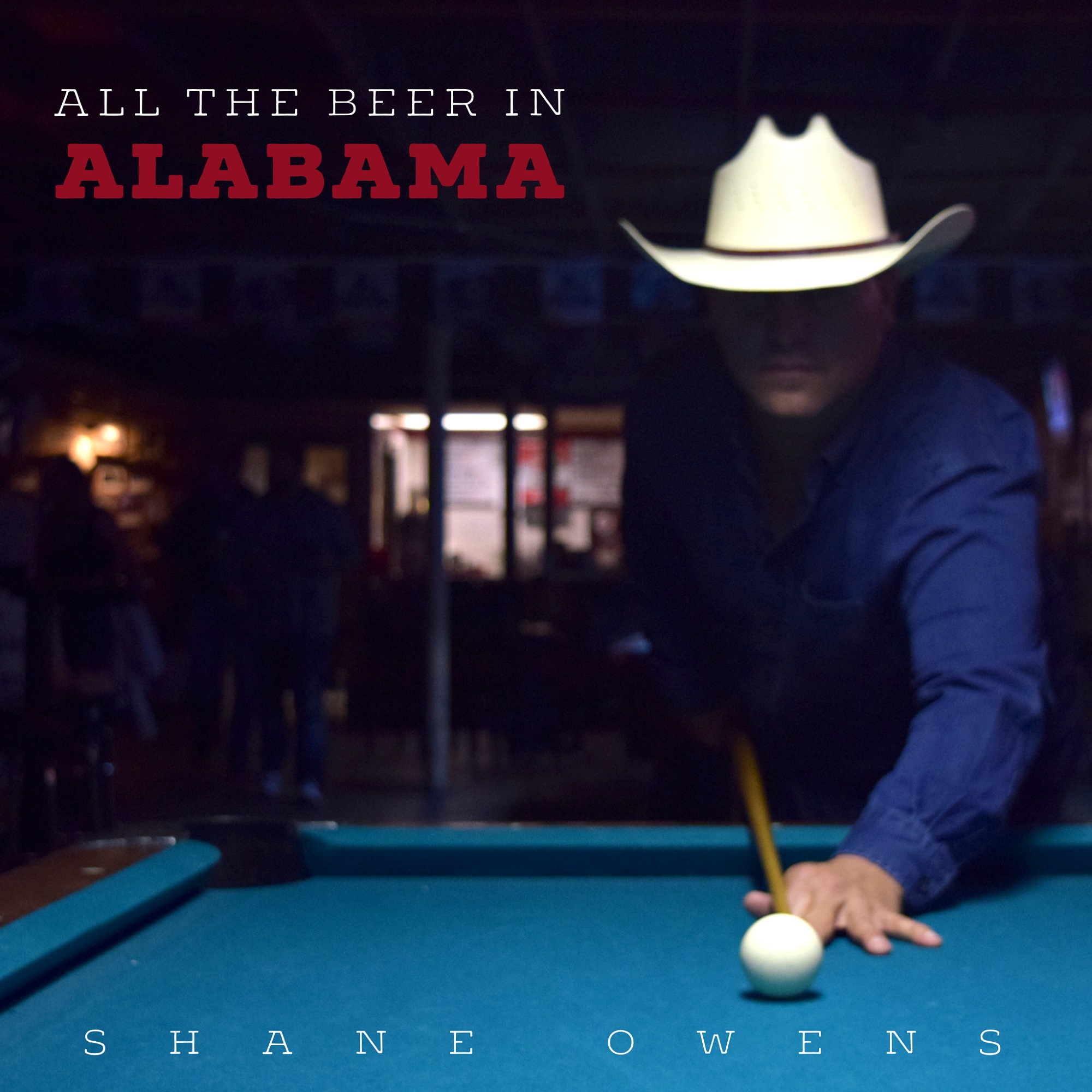 NASHVILLE, Tenn. – Shane Owens’ latest single release, “All The Beer In Alabama,” leaves little doubt why he was recently named by Rolling Stone Country as one of the “10 New Country Artists You Need to Know.” With this new release Owens continues to prove his vocal ability to rightfully rub shoulders with the legends.

“All The Beer In Alabama” is the third single release from his highly acclaimed “Where I’m Comin’ From” CD and is gaining instant connectivity with both radio and listeners. The CD is available for purchase at select retailers across the nation and online at iTunes, Amazon and ShaneOwensCountry.com.

Written by Owens, Dan Murph and Phillip Douglas, “All The Beer In Alabama” offers an alternative to the party songs that proliferate in modern country today. It acknowledges the pleasures of “drinkin’ with the boys” and “shootin’ that 8-ball” but affirms that loyalty, integrity and faithfulness for the one he loves are his greatest priorities.

“Best traditional Country I have heard in a while.”– Bill Cody, 650 AM WSM

“New country traditionalist Shane Owens knocks it out of the park again with ‘All the Beer in Alabama.’ He has a catchy knack for telling real stories about real people. This guy is one to watch in 2017!” – Chris Diestler, KQBA Radio

“A true country song’s best friend is Shane Owens! Listen to ‘All The Beer In Alabama’ and tell me you didn’t live the song!!! Simple, true, pure country music brought to you by one of the best voices in the business today… that’s Shane Owens!”
– Ed Carter, WKSR-AM/FM-WLLX-FM

“Shane Owens is an Alabama country boy through and through. And his true country roots shine again with ‘All the Beer in Alabama.’ It’s a rousing anthem, a fun song and breath of fresh Southern air speaking to Shane’s background, playing in some of the South’s biggest and best honkytonks.” – Dave Summers, WTVY Radio

“Shane Owens has country in his blood…and I’m not talking about that manufactured “country” that’s coming out of Nashville right now. This is true country, reminiscent of Strait, Randy Travis and Clint Black!” – Kelly Green, WEIO The Farm

Along with his radio success, Owens enjoyed several major milestones this past week. On Feb. 8 he joined an all-star lineup onstage at Nashville’s Bridgestone Arena to pay tribute to one of his greatest influences, Randy Travis. In his performance of “Heroes And Friends,” Owens paid homage to Travis, who served as executive producer for Where I’m Comin’ From. The Country Music Hall Of Fame member had previously noted that “Shane has successfully merged yesterday and today to remind us that country will always be in style.” Then on Feb. 10 Owens was honored to open for another traditional country giant, Gene Watson, at the legendary Nashville Palace.

“Everything has been moving so fast since we released Where I’m Comin’ From,” Owens observes. “The early response from radio on my brand new single has been unbelievable. And with helping to honor Randy and open for Gene, this week especially has been a humbling but joyous ride.”

About Shane Owens:
Recently named by Rolling Stone Country as one of “10 New Country Artists You Need To Know,” Shane Owens has been building a strong following in nightclubs across the Southeast for more than a decade. His powerful vocal range combined with the emotional lyrical content of his songs has made him a favorite of fans, critics, and his fellow artists alike. After starting his career by opening shows for dozens of major stars in the mid-2000s, the baritone performer attracted the attention of Nashville music executives, and he soon landed a record deal. However, with all the changes in the music industry at the time, his album was shelved and never released. Just like the ‘Never Give Up’ mantra of his lyrics, Owens picked himself up and moved on, thanks to famed producer James Stroud (Tim McGraw, Aaron Lewis, Clint Black), who produced his new album, Where I’m Comin’ From with Country music legend Randy Travis and industry executive Steve Popovich, Jr. as executive producers and mixed by Ed Seay (Blake Shelton, Martina McBride, Alabama). For more information about Shane Owens, visit ShaneOwensCountry.com.

Suggested Tweet:
.@shaneowensctry stands up for traditional country with new single “All The Beer In Alabama”