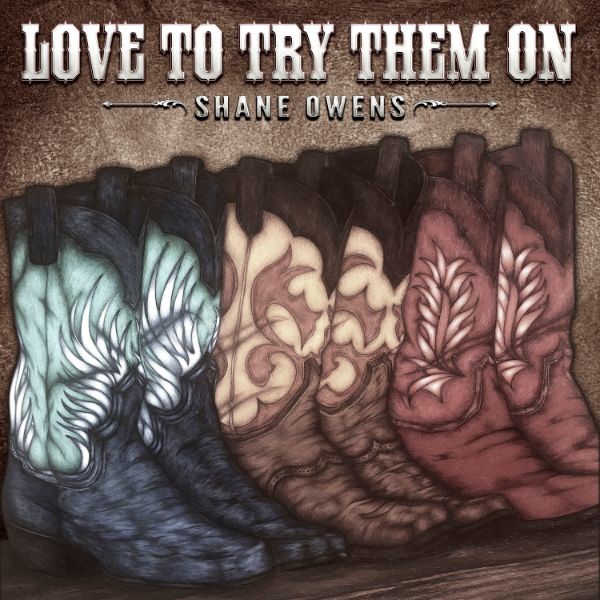 NASHVILLE, Tenn. — Neo-Traditional Country singer and songwriter Shane Owens will be making his return to Country Radio Seminar (CRS), February 13-15, at the Omni Nashville Hotel. The Alabama-native, and 2018 Music Row Independent Artist of the Year, is currently promoting his latest single “Love To Try Them On,” the second single from his latest album, It’s A Southern Thing.

“It’s always a privilege and an honor to be able to return to CRS each year,” says Owens. “It gives artists the chance to come and personally thank the very people that play our songs and support us at radio. Without these folks believing in our talent and in the songs that we write and deliver to them, it wouldn’t be possible to do what we do. They are the core to our success, and it means the word to be able to shake their hands and thank them face to face for all their hard work and support.”

Released via Amerimonte Records in 2018, It’s A Southern Thing remains consistent with Owens’ traditional country sound, but blended with a modern edge. Owens offers a clever and compelling case for revering our music legends on “Love To Try Them On,” as he proudly continues to be a flag-bearer for the traditional style that built the country format.

“This is one of the best songs I have ever recorded,” says Owens. “I think that anybody that has a heart for traditional Country music will just fall in love with this song. Lyrically it pays homage to all of my radio heroes that have come before me. In my eyes there will never be another George Jones, Merle Haggard, Keith Whitley, Randy Travis or so many more; there are just too many great ones to list. These icons and their incredible works have paved the way for guys like me to be able to do what they love.”

Amerimonte Records will host a private suite during CRS for Owens, who will be available for a series of scheduled & on-demand in-suite private showcases for all Program Directors, Media and music taste-makers.

“Shane Owens is everything about country music that our listeners love. ‘Love To Try Them On’ is another perfect marriage of the right song with the right singer. This will be a great record for us.”

“Put this one up against three new major label releases and it devoured the competition. Listeners want some good ole’ traditional country music …let ’em ‘Try This One On.'”

“The sound of country music is bigger than it has ever been. This song is for those needing a little tradition mixed in.”

Shane Owens blends his rich and bold baritone voice over a mixture of contemporary and classic country music sounds that wraps the notes around the listener’s heart with a mixture of traditional southern storytelling, and the twang of the Bible Belt. He performs in honkey tonks and bars as well as the granddaddy of all music fests CMA Fest and the Jamboree in the Hills. This writer has attended both festivals numerous times and the sounds coming from Shane and his instrumentals are perfect for these events. He has also appeared at the revered Grand Old Opry.

About Shane Owens:
Named by Rolling Stone Country as one of “10 New Country Artists You Need To Know,” and awarded 2018 Music Row Independent Artist of the Year, Shane Owens has been building a strong following across the Southeast for more than a decade. His powerful vocal range combined with the emotional lyrical content of his songs has made him a favorite of fans, critics, and his fellow artists alike. After starting his career by opening shows for dozens of major stars in the mid-2000s, the baritone performer attracted the attention of Nashville music executives, and he soon landed a record deal. However, with all the changes in the music industry at the time, his album was shelved and never released. Just like the ‘Never Give Up’ mantra of his lyrics, Owens picked himself up and moved on, thanks to famed producer James Stroud (Tim McGraw, Aaron Lewis, Clint Black), Country music legend Randy Travis, who produced his first album, Where I’m Comin’ From, and Amerimonte Records. Never one to sit still for long, Owens followed up with his most recent release It’s A Southern Thing and is currently impacting at radio with his latest single “Love To Try Them On”.  For more information about Shane Owens, visit www.ShaneOwensCountry.com.