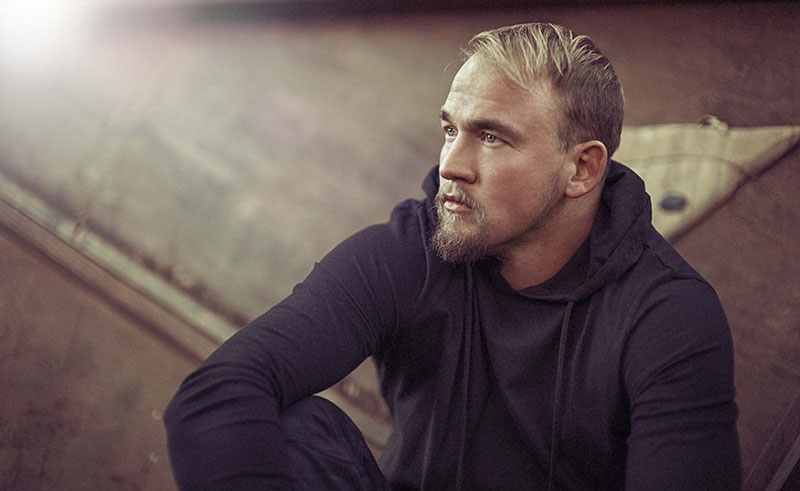 SAN FRANCISCO, Calif. – It’s going to be a busy summer for rapper SOULEYE. The San Francisco-based hip hop singer and recording artist kicks off 2021 with a new single, “GHOST STEPS,” which impacts Feb. 12.

Both “GHOST STEPS” and HUNTING TEARDROPS are the product of what the artist calls “one of the most creative periods of my life.” Each of the tracks were written during the COVID-19 pandemic, and they reflect the creative freedom the rapper experienced over the course of the year, as he explains.

“I turned 40 this year, and with the shutdown, I was spending a lot of time with our kids,” says Souleye. “It’s amazing to see them grow and mature, but I needed some adult time, just to clear my head and be a grownup. The result was just this tremendous burst of creativity.”

Souleye fans will recognize immediately spiritually inspired lyrics and soulful hooks. Also present are the familiar sounds of chiming bowls and hand pans. However, both the single, “Ghost Steps,” and the full album mark a noted departure for the artist. Souleye’s EDM past is still on display, and while each track is signature Souleye, the music becomes background to the vocals, allowing Souleye’s voice to take center stage.

Long-time collaborator BIL BLESS produced HUNTING TEARDROPS. Bless believes the innovative new direction is a result of Souleye’s maturity both as an artist and as a father. The same is true of Bless’s own work, which includes previous Souleye outing IRON HORSE RUNNING.

“I think what I like more, now, and maybe it’s a product of getting older, is just stuff that feels more simple, a little more meditative,” Bless says. “A lot of music I’ve made in the past—and I still make it this way—it’s almost overly complicated.”

For “GHOST STEPS” and HUNTING TEARDROPS, the rule was simplicity.

“There’s a lot of texture and enjoyment people get out of these kinds of earthy sounds,” Bless says. “I know I appreciate them a lot more than I did when I was younger.”

The synergy between Bless and Souleye is apparent from the first opening beats of “GHOST STEPS” through the last notes of “DOORWAY TO THE FUTURE,” the final track on the new album. The result is a cosmic mixture of EDM, hip hop, and the lyrics of a master songwriter just reaching his prime.

Even the album’s cover reflects Souleye’s growth. When it came time to choose a cover for the album, Souleye reached out to a longtime friend, internationally renowned pop artist, and motion picture director ROB PRIOR. Prior listened to the album once and immediately envisioned the cover.

“I’ve loved all of Souleye’s albums, but these songs aren’t like anything else Souleye’s ever done,” Prior says of HUNTING TEARDROPS. “I heard them and was just floored. I could see the cover in my head and told him what I wanted to do. The songs are inspirational and positive, and I think that’s something we need in the world today.”

In conjunction with the album release, Prior and Souleye are partnering on a limited-edition fine art print of the cover, which will be signed and numbered by both artists. The prints will be made available for purchase through Souleye’s social media and website, as will a limited-edition vinyl release.

To request an interview or to obtain a review copy, contact Michael DeVault (michael@imagenashville.com or +1-615-636-2297). For booking information, visit souleye.net.

ABOUT SOULEYE:
Souleye is a hip-hop artist and singer. Born in Massachusetts, he began rapping as a teenager. He has toured with multiple EDM and hip-hop acts, including BASSNECTAR and BLVD, and as a solo artist. Among his ten previous studio albums are SOUL SCHOOL (2019) WILDMAN (2017), SHAPE SHIFTING (2015), and IRON HORSE RUNNING (2013). He and his wife, ALANIS MORISSETTE, make their home in San Francisco with their three children.