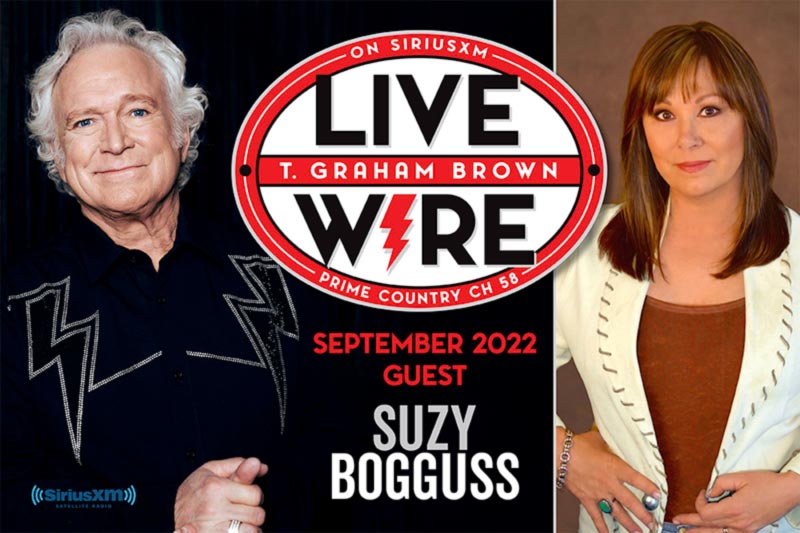 “This summer has flown by and while you are planning all of your fall festivities, I hope you will take the time to enjoy some of the best live tracks country music has to offer while hanging out with me for Live Wire,” shares Brown. “This month, my featured guest is none other than Suzy Bogguss. Join us on Prime Country, channel 58!”

In response to the recent devastating floods in Easter Kentucky, T. Graham has taken the lyrics to his song “Hell and High Water” and helped create the “Come Hell Or High Water” t-shirt, which is an outline of the Kentucky Commonwealth punctuated by the words Kentucky Strong! In addition, T. Graham and his Hillbilly Iced Tea and Lemonade wrapped tour bus recently delivered much-needed supplies including water, flashlights, batteries, generators, tarps, coolers, baby supplies, cleaning supplies, hoses, and more that were donated by the Nashville community to those Kentuckians in need. To purchase a t-shirt, visit TGrahamBrown.com.

About T. Graham Brown:
T. Graham Brown is a CMA award winner and currently hosts Live Wire on SiriusXM’s Prime Country on a monthly basis. He has recorded 15 studio albums and charted more than 20 singles on the Billboard charts. He has had multiple number-one hits in country, gospel, and blues. Brown’s voice is also recognized for his singing in advertising campaigns for McDonald’s, Disneyland, Almond Joy, Coca-Cola, Dodge Truck, Ford, Hardee’s, and many others including the Taco Bell “Run For The Border” television spots. In early 2015, Brown released his latest Grammy-nominated album, Forever Changed, which featured collaborations with Vince Gill, Jason Crabb, The Oak Ridge Boys, Jimmy Fortune, and more. In 2020, Time Life partnered with T. Graham to reissue several of his classic albums, and has recently released his latest album Bare Bones. T. Graham Brown still actively tours and is sponsored by Hillbilly Iced Tea and Lemonade and makes multiple appearances on the legendary Grand Ole Opry. Brown’s uniqueness has made him one of the most beloved and iconic performers of the day.