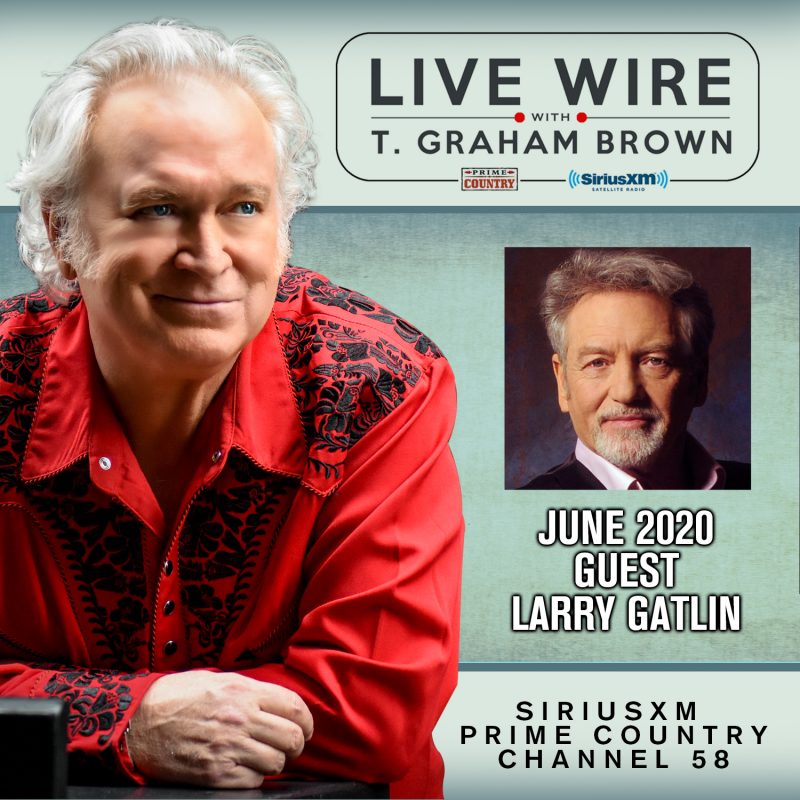 “I hope you will join us for June’s edition of Live Wire on SiriusXM Prime Country Channel 58” says T. Graham Brown. “The weather is getting hot and so is the music. We’ve got some classic cuts from Merle, Johnny, Seger and more including an interview with the legendary, Larry Gatlin. Come join the party, cause it’s gonna be great!”

About T. Graham Brown:
T. Graham Brown has recorded 15 studio albums and charted more than 20 singles on the Billboard charts. He has had multiple number one hits in country, gospel and blues. Brown’s voice is also recognized from his singing in advertising campaigns for McDonald’s, Disneyland, Almond Joy, Coca Cola, Dodge Truck, Ford, Hardee’s and many others including the Taco Bell “Run For The Border” television spots. In early 2015, Brown released his latest Grammy nominated album, Forever Changed, which featured collaborations with Vince Gill, Jason Crabb, The Oak Ridge Boys, Jimmy Fortune and more. In 2019, Brown launched his Live Wire show on SiriusXM, airing monthly on Prime Country Channel 58. Time Life partnered with T. Graham in 2020 to reissue four of his classic albums in June, with plans to release a new album in the fall. T. Graham Brown still actively tours throughout the year, including multiple appearances on the legendary Grand Ole Opry and television appearances such as Larry’s Country Diner and Country’s Family Reunion. Brown’s uniqueness has made him one of the most beloved and iconic performers of the day.