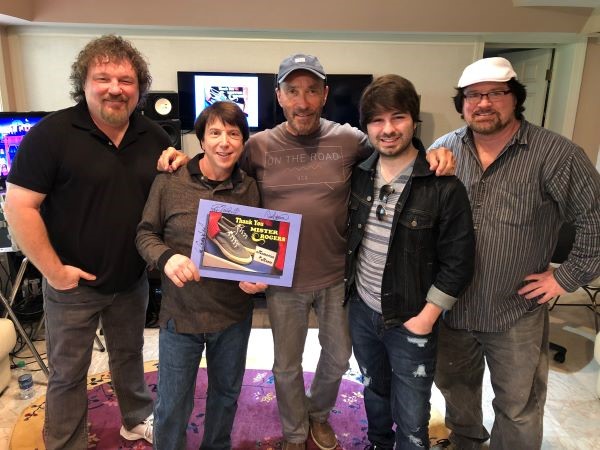 “THANK YOU FOR BEING YOU” Video Premieres on SoundsLikeNashville Today

Nashville, Tenn. — As a new generation is discovering Mister Rogers and his famed neighborhood, another generation of artists are celebrating his tremendous talent, career, and humanity in a newly released album project – Thank You, Mister Rogers: Music & Memories.

“Mister Rogers was a mainstay in so many households, including my own with my children,” says Grammy award winner Lee Greenwood. “To be included in such a great project that honors a piece of history is wonderful. I can’t wait to see the movie as Tom Hanks is the perfect guy for that role.”

The video for “Thank You for Being You” can be viewed HERE, premiered today by Sounds Like Nashville. The song is the finale from the album, which embodies unforgettable performances by artists performing re-imagined renditions of Fred Rogers classics, as well as uncovered gems from his 200-plus catalog of songs.

The album coincides with “Thank You, Mister Rogers Month” – a time set aside to honor Fred’s legacy by encouraging people to act on his simple but eloquent message, “Be kind.” Nashville, Tennessee, where much of the album was recorded, is the first city to proclaim November as a time to ”Be Like Fred.”

Two-time Grammy winner Dennis Scott produced the album and wrote the tribute song reflecting the feelings of generations who were touched by Fred’s music and message. Dennis, who was asked to participate in several workshops, heard people share their special memories about Mister Rogers. He reflects, “I understand their desire to reach out in gratitude to Fred because I feel it, too. I hope the song customized for Fred, as well as these new recordings of his songs, bring a smile to Fred’s fans.”

The album is available on all digital platforms at thankyoumisterrogers.com and other digital retailers at orcd.co/ThankYouMisterRogers.