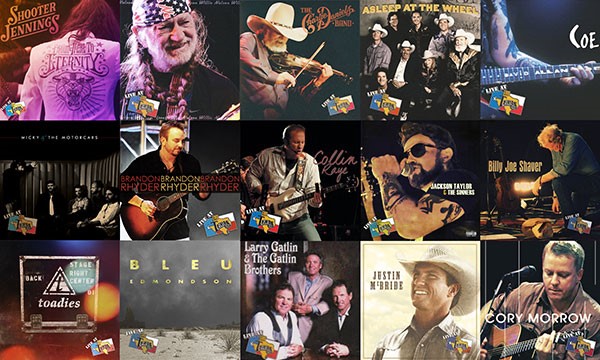 Fort Worth, Texas – If you’ve never seen the inside of the world’s largest honky tonk — Billy Bob’s Texas — well, you will get that chance starting this Sunday, March 10th with the premiere of the new television series named after the famed award-winning nightclub hits the airwaves on RFD-TV. Produced weekly, Live at Billy Bob’s Texas will highlight music – both country music and Texas music – from artists who have performed on the main stage over the past 20 years.

Over 20 years ago, Pat Green was the first artist to record a Live at Billy Bob’s Texas album. Since then, another fifty artists would go on to record albums.

“There are several times that Smith Music Group and Billy Bob’s Texas have put everything on the line to make the album series happen,” says Smith Music Group’s CEO Ricky Smith. “It takes a whole lot of hard work to get artists like Willie Nelson or The Charlie Daniels Band. But we have them, and more. With this new Live at Billy Bob’s Texas TV series, we hope to find someone that hasn’t seen these shows. Hopefully, a longtime fan will share it with the next generation. After twenty years, there are still quite a few fans that remember that first show with Pat Green. They’re still passing on the memory of that experience every time he comes back to the Billy Bob’s Texas main stage.”

Smith Music Group has gathered a collection of their favorite cuts from the last two decades – including icons Merle Haggard and David Allan Coe with newer artists like Shooter Jennings – and put them into a TV Show! You’ll see exclusive interviews, one offs from up-and-comers and intimate backstage acoustic performances.

“Billy Bob’s has been around for decades and every single week we showcase some of the biggest and brightest new artists on the scene to perform on our mainstage,” says Pam Minick, Billy Bob’s Texas VP of Marketing. “Now, for our record label partners Smith Music Group to partner with RFD-TV to bring the Billy Bob’s experience into the homes of music lovers is only going to allow them to see what people have been talking about for so many years.”

The facility can hold 6000 rowdy patrons on a given night and has been host to hundreds of musical acts, from Alan Jackson to ZZ Top. On Fridays and Saturdays, the venue also features live bull riding – a step up from the mechanical variety. It seems like an unlikely source for a series that has sold millions of albums.

You can find more information on upcoming events or buy Billy Bob’s Texas merch or tickets at billybobstexas.com.

For more information on the city of Fort Worth, go to visitfortworth.com.