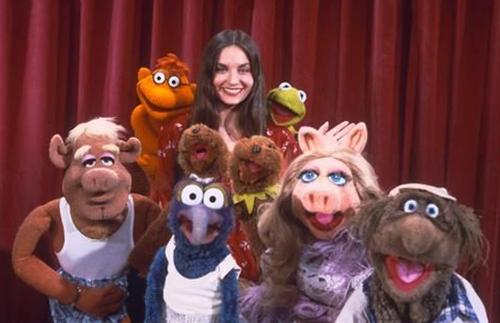 BURBANK, Calif. – The long wait for Muppet fans is almost over! “The Muppet Show,” Jim Henson’s iconic variety series that started it all, will begin streaming Friday, February 19 exclusively on Disney+. In addition for the first three seasons, fans will be able to enjoy seasons 4 and 5, which have never previously been released on home entertainment.

“I loved taping The Muppet Show in London. Jim Henson, Frank Oz, and all the Muppets made me feel like a part of their family,” says Crystal Gayle.

“It’s going to be great to welcome back longtime fans, and to give a new generation of fans a chance to see how we got our start, how Miss Piggy became a star and so much more,” said Kermit the Frog. “Today, I’m proud to say: ‘It’s time to play the music, light the lights and meet the Muppets on Disney Plus tonight!’ And as for Statler and Waldorf, the two old guys in the balcony, I can only add: ‘Sorry, guys, but… here we go again.”

With all five seasons of “The Muppet Show,” Muppet favorites like “Muppet Treasure Island” celebrating its 25th anniversary in February, and new hits like “Muppets Now,” Disney+ is now the most sensational, inspirational, celebrational, Muppetational streaming service on Earth. To stream The Muppets Collection, visit www.disneyplus.com.

About Crystal Gayle:
Grammy®-winning songstress Crystal Gayle is an award-winning country music icon whose reign in the music business includes 20 No. 1 country hits, six albums certified Gold by the RIAA, and the first female artist in country music history to reach platinum sales with her 1977 album, We Must Believe in Magic. Her list of platinum and gold was to be matched only by her awards and accolades. CMA’s “Female Vocalist of the Year,” for two consecutive years, she became a Grammy® Award Winner for “Best Female Vocal Performance,” thanks to her beloved “Brown Eyes” – a song that she today admits she has never grown tired of singing. Crystal swept the Academy of Country Music Awards for three of their “Top Female Vocalist” statuettes. She is the recipient of three “American Music Awards,” voted by the nation as America’s “Favorite Female Artist.” Perhaps nothing sums up Crystal’s career achievements as well as being awarded with a star on the fabled Hollywood Walk of Fame in October 2009. Also famous for her nearly floor-length hair, she was voted one of the 50 most beautiful people in the world by People Magazine in 1983. Gayle also has a star on the Hollywood Walk of Fame near Lynn’s star. In August 2016, the Academy of Country Music honored Crystal with the Cliffie Stone Pioneer Award during the 10th Annual ACM Honors. Gayle was inducted into the Grand Ole Opry in January 2017 by her sister and Opry legend Loretta Lynn. For more information, visit crystalgayle.com.

About Disney+:
Disney+ is the dedicated streaming home for movies and shows from Disney, Pixar, Marvel, Star Wars, National Geographic, and more. As part of Disney’s Media and Entertainment Distribution segment, Disney+ is available on most internet-connected devices and offers commercial-free programming with a variety of original feature-length films, documentaries, live-action, and animated series, and short-form content. Alongside unprecedented access to Disney’s incredible library of film and television entertainment, the service is also the exclusive streaming home for the latest releases from The Walt Disney Studios. Disney+ is available as part of a bundle offer that gives subscribers access to Disney+, Hulu (ad-supported), and ESPN+. Visit DisneyPlus.com to subscribe and/or learn more about the service.