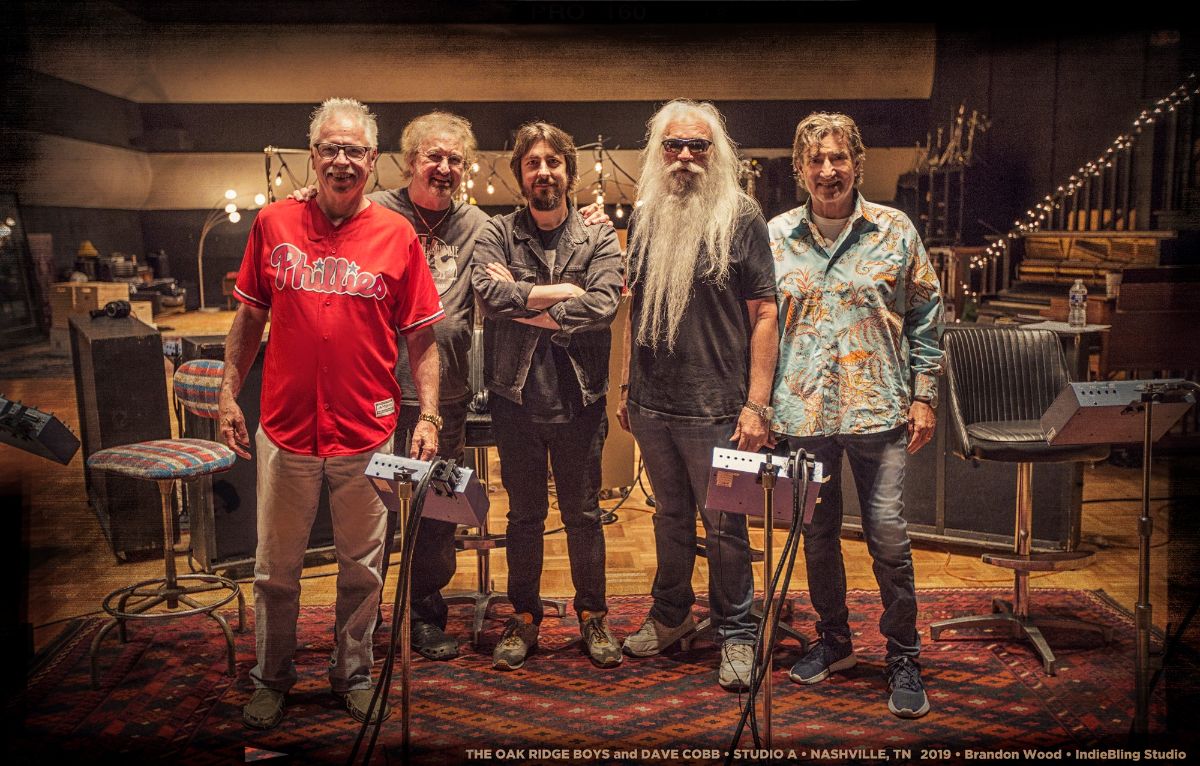 Produced By Dave Cobb, ‘Down Home Christmas’ Will Be Available October 25th

2019 ‘Down Home Christmas Tour’ Kicks Off In Branson, Missouri on November 13th With Over Twenty Five Dates Announced So Far

NASHVILLE, Tenn. – GRAMMY® Award-winning and Country Music Hall of Fame members, The Oak Ridge Boys, will once again celebrate the Christmas season with their timeless hits and holiday classics on their 2019 Down Home Christmas Tour. The Oak Ridge Boys will perform over thirty-one concerts and are set to kick-off on November 13th in Branson, Missouri, playing in 28 cities and 14 states across the U.S. In conjunction with the tour, the Oaks’ latest Christmas album, Down Home Christmas, produced by Dave Cobb, will be released by Lightning Rod Records/Thirty Tigers on October 25, 2019.

Each year The Oak Ridge Boys travel all over the United States spreading Christmas cheer by performing Christmas classics, new favorites and many of the hits that shaped the career of this legendary group. The Oak Ridge Boys’ set list will take audiences on a hit-filled musical journey of holiday cheer from the group’s seven best-selling Christmas albums, along with songs from the new Down Home Christmas album, which includes standards such as “Amazing Grace” and “Silent Night,” but also new favorites such as “Don’t Go Pullin’ On Santa Claus Beard” written by Americana hit-maker Anderson East and “South Alabama Christmas,” written by Jamey Johnson.

“Down Home Christmas began much like the other seven Christmas albums we have recorded. But things changed. Most of the songs I had collected were put on the shelf, and we started looking for songs that addressed specific subjects related to Christmas,” says The Oaks’ Duane Allen. “Dave Cobb was the producer/coach/motivator for this project. He encouraged us to dig a little deeper into our souls, to capture the magic of each song. With very simple instrumentation, the four Oak Ridge Boys’ voices are out front, and in your face, with the awesome, huge sound of RCA Studio A wrapped around, but not over-powering it.”

“Down Home Christmas is a project that we are happy to share with the world and, rest assured, you will hear these songs on our upcoming 30th annual Christmas tour,” says Joe Bonsall. “The instrumentation is sparse, yet incredibly put together, and the vocals are rich and vibrant. Many of the songs were freshly written by a stable of Nashville’s top songwriters.”

The group—Joe Bonsall, Duane Allen, William Lee Golden and Richard Sterban—are best known for their iconic and multi-platinum hit “Elvira,” along with other chart-toppers like “Bobbie Sue,” “Thank God For Kids,” “Y’All Come Back Saloon,” and “American Made.” The Oak Ridge Boys have achieved a decorated career, winning five GRAMMY® Awards, multiple CMA, ACM and Dove Awards for their crossover brand of pop, country and gospel music that spans multiple generations. The Oak Ridge Boys became members of the Grand Ole Opry in 2011 and achieved arguably country music’s highest honor in October 2015 when they were inducted into the Country Music Hall Of Fame.