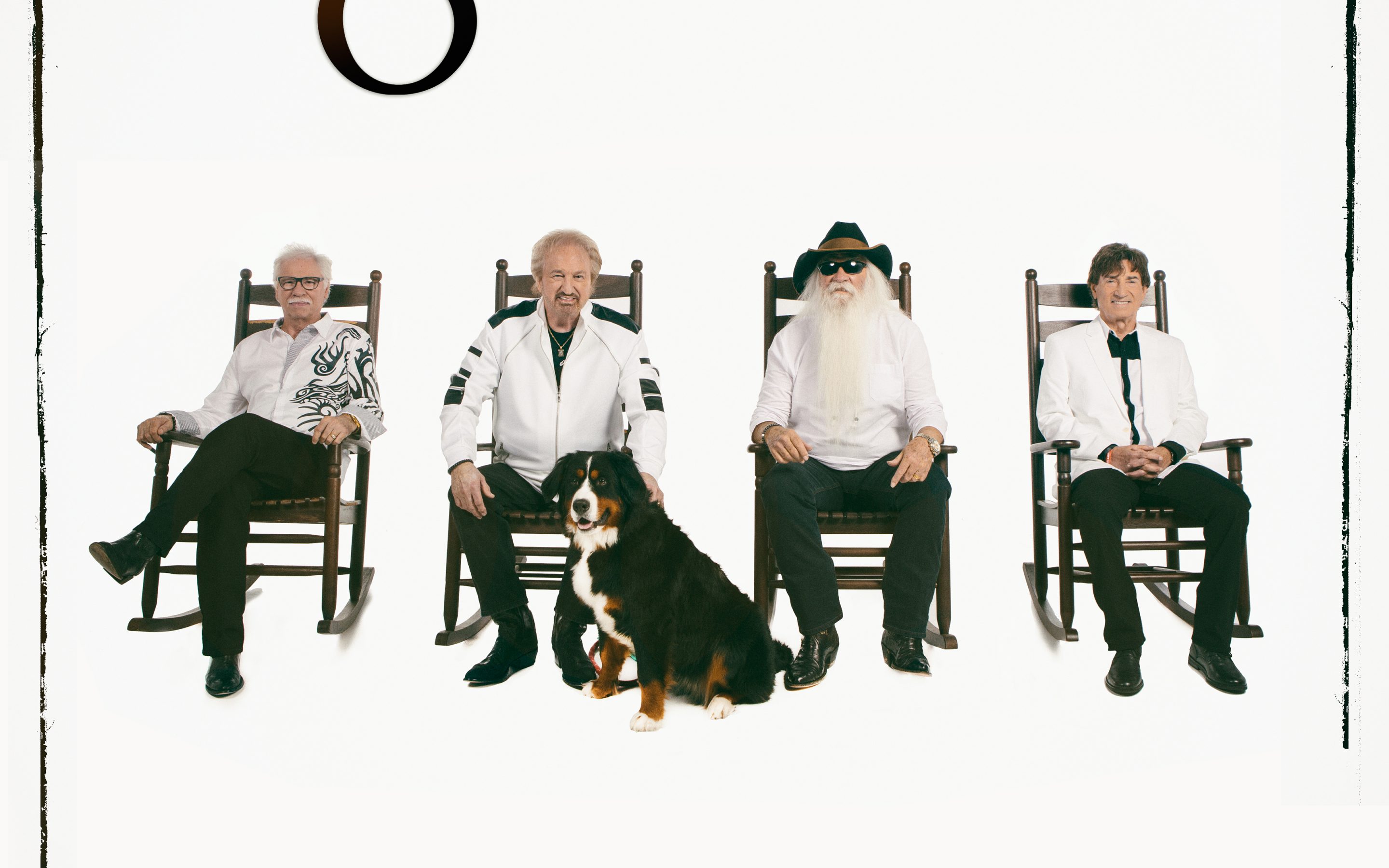 “Interviewing The Oak Ridge Boys on William Lee’s home front porch is one of those conversations I will cherish for a lifetime. The Oaks shared memories with me for ET as if I were a grandchild, eager to hear the highs they recollected of their monumental career that’s spanned 50 years and counting. I was particularly honored when The Oak Ridge Boys busted out in a song mid-interview, displaying that The Oaks have always had it, have still got it, and show zero signs of slowing down!”
– Rachel Smith/Entertainment Tonight Correspondent

“I can’t think of anything more American and more uplifting than sitting on the front porch singing along with the legendary Oak Ridge Boys! Their new album feels like you are hanging out with The Oaks and shows their unmatched, sheer talent and timeless tunes!  You’ll wear this album out listening to America’s favorite vocal band.  Might ought to go and buy a 2nd copy!”
– Governor Mike Huckabee

“I’ve been a fan of the Oak Ridge Boys for many years, and they never disappoint. Their new album, Front Porch Singin’ is filled with great songs and memorable performances from four of the most distinctive voices in any genre of music. New songs such as “Love, Light and Healing” and “Life is Beautiful” fit perfectly alongside beloved classics like “Unclouded Day” and “Life’s Railway to Heaven” to make this quite a potent collection.”
– Deborah Evans Price, Sounds Like Nashville

“The new album by my friends The Oak Ridge Boys is truly magical. It’s easy to capture magic when you’re one of the greatest singing groups of all time. It’s impossible to beat the harmony of the iconic Mighty Oaks.”
– T.G. Sheppard

“The Oak Ridge Boys have been dear friends for years. Their new album Front Porch Singin’ is one of their very best!”
– Johnny Lee

To watch The Oak Ridge Boys Interview with The 700 Club, visit HERE.

“To be honest after being shut down last year for about five months, with every show canceled, we cherished the thought of recording a new album,” shares Joe Bonsall. “In August 2020, during the pandemic, we joined our young producer Dave Cobb at RCA Studio A and, with just two other musicians (a bass player in a booth playing mostly stand-up bass and a percussionist in another booth), plus Dave playing guitar, along with an engineer in the control room, The Oak Ridge Boys sat six feet apart in the studio and went to work on Front Porch Singin’. There was nobody else around. The idea for the project was to sing cool songs with sparse backup. Dave wanted the voices way out front as if we were singing together on … well … a front porch.”

During a recent interview with Entertainment Tonight’s Rachel Smith, the four members of the iconic group talked about their incredible history in country music, the 40th Anniversary of their iconic hit “Elvira,” their memories from past ACM Awards, and their highly anticipated new album Front Porch Singin’, from Lighting Rod Records. To watch The Oak Ridge Boys on Entertainment Tonight, click HERE. The Oak Ridge Boys have achieved a decorated career that has no signs of slowing down. Fans will not want to miss their gospel roots coming to light with the release of “Swing Down Chariot.”

For more information on The Oak Ridge Boys, visit their website or follow them on social media.