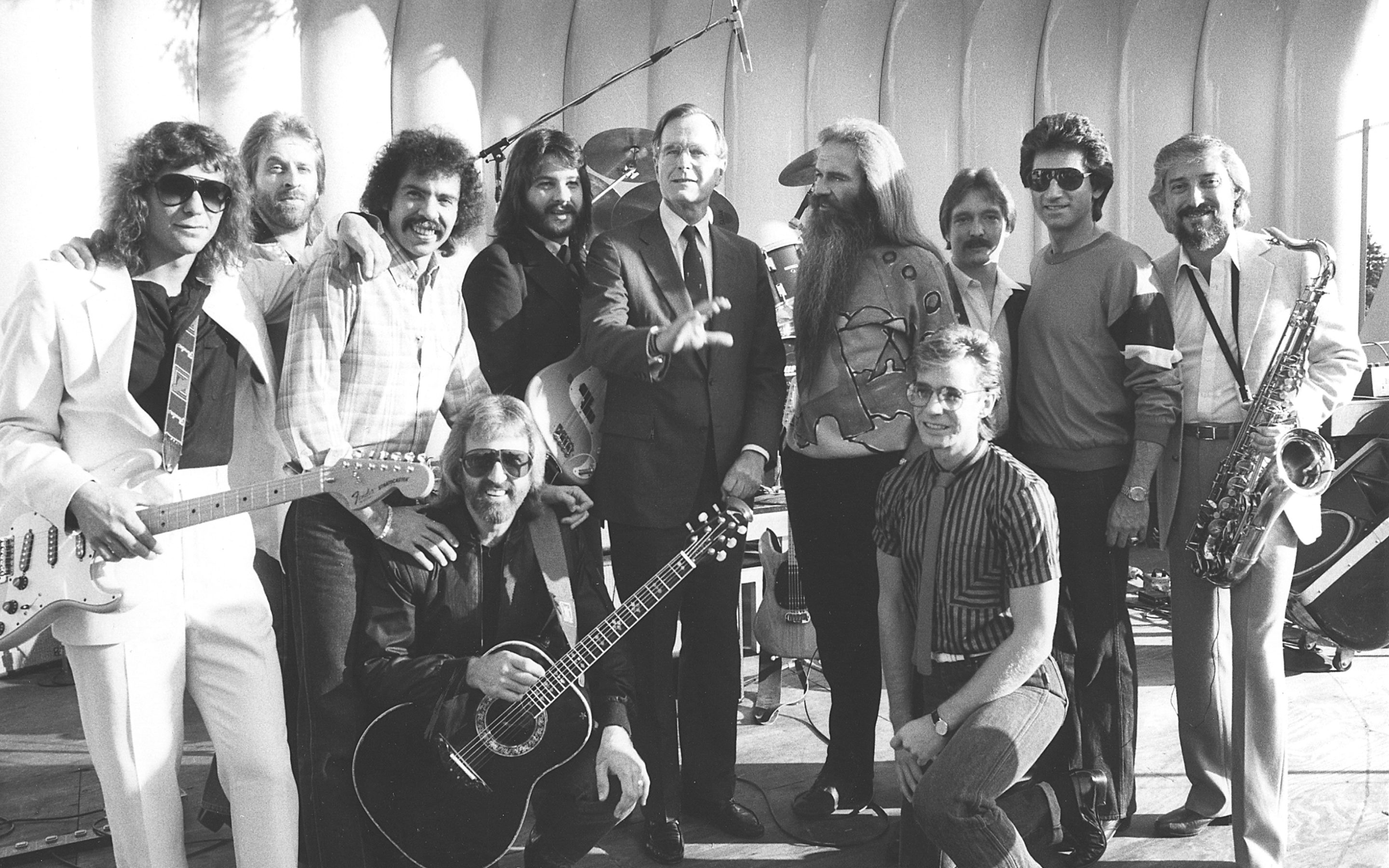 The Oak Ridge Boys and band with George H.W. Bush at the White House during the Congressional BBQ Picnic (photo by Kathy Gangwisch)

What can we say that hasn’t been said or WILL be said about the loss of President George Herbert Walker Bush… That he was the 41st President of these United States…. That he was a selfless Naval pilot in the South Pacific… That he was an Ambassador to China… the head of the CIA… a Vice President… a leader… a hero… an example of being a gentlemanly force on the world stage… That he was fortunate enough to have been married to one of the most wonderful women who ever walked this planet? Yes, all of this has been said and will be alluded too with great respect over the next week or so, over and over, by dignitaries and everyday Americans such as ourselves. But how about the fact that he loved Country music and for decades we, The Oak Ridge Boys, were among his favorites.

We started to sing for him in 1982 when he was VP, and we have been singing for him ever since. We have performed our songs on Air Force One, in Kennebunkport many times, and at his home in Houston, whenever we were in the area. We have performed at the White House and several of his key birthday celebrations. But more than any of that, he was a friend. A good friend … a dear friend… we would even call him and sing to him when he wasn’t feeling well and Barbara swore that we had a healing effect on our FRIEND. To say he will be missed is an understatement so let us just say that we will miss our friend. We have laughed together, shared tears together, fished together, hiked together, shared a lot of lobster together, and sang together. Yes… he fancied himself to be quite the bass singer. We loved George Bush #41. Our families loved him. We are better people and, yes, better Americans for having ridden with him. We WILL sing for him again one day. THIS is ASSURED!

Today, when I put on a clean t-shirt, getting ready for our Christmas show in Cheyenne, WY, I did not notice that the words on the shirt read, “Bush Protection Secret Service, Houston.” It was one of 31 t-shirts in my closet.

When we got off stage, and announcements were all over TV, a huge empty feeling consumed my heart. I remembered how much I had wanted to go fishing with him… And then that happened, many times. He took me out into the ocean about 20 miles “where the big blues run,” and we caught so many fish I quit counting. When a big one broke my line, he handed me his rod and reel and said, “Use mine. I will put you on another lure.”

He was like a daddy figure to me, and he was all about making everyone around him have a good time. The sting of death always hurts, but I have so many memories to make me smile. The Oak Ridge Boys have sung “Amazing Grace” for him on Air Force One, in Kennebunkport, at the White House, and over the phone when he was in the hospital. However, singing “Amazing Grace” at his funeral will be the most difficult assignment we will ever have.

Let me tell you about a prayer God answered for me once in the North Atlantic. President Bush 41 had screamed about five miles straight out into the ocean in his boat, Fidelity, before he shut her down to catch some bluefish. We were so far out that all that was visible was rolling blue water, and that, along with the fish smell, was making my stomach turn. I’ve had plenty of experience deep sea fishing, and I’ve also had plenty of experience hurling over the side of a boat at sea—and that was about to happen aboard a presidential vessel.

I was in the seat up front, out of his view, and I began to pray in earnest. “Oh God, please don’t let me be sick out here. I can’t blow chunks over the side in front of the president…please, Lord…please.” God answered my prayers, and my churning stomach calmed. I am forever grateful. I even caught a few fish before 41 headed back to Walker’s Point. The sea breeze felt wonderful on my face on the trip back, and I was feeling pretty good about everything until the president turned to me and said. “You got a little green around the gills out there didn’t you, Joe?”

How could I even begin to think I could hide something like that from a former head of the CIA?

About The Oak Ridge Boys:
The Oak Ridge Boys, who have sold over 41 million units worldwide, are synonymous with “America, apple pie, baseball, pop, rock, gospel and country music.” In addition to their awards and accolades in the country and pop music fields, they have garnered five GRAMMY® Awards and twelve GMA DOVE Awards as well as the Mainstream Artist of the Year Award at the ICM Awards. The group—Joe Bonsall, Duane Allen, William Lee Golden, and Richard Sterban—have earned prestigious membership in the Country Music Hall of Fame (2015 Inductees) and Grand Ole Opry, and are known worldwide as one of recording history’s most extraordinary musical successes. They have charted single after single and album after album, celebrating one double-platinum album and one double-platinum single and more than 30 Top 10 hits, including No. 1 chart-toppers “Elvira,” “Bobbie Sue,” “Thank God For Kids,” “American Made,” “Y’All Come Back Saloon,” among dozens more. For more information and to view upcoming tour dates for The Oak Ridge Boys, please visit oakridgeboys.com. 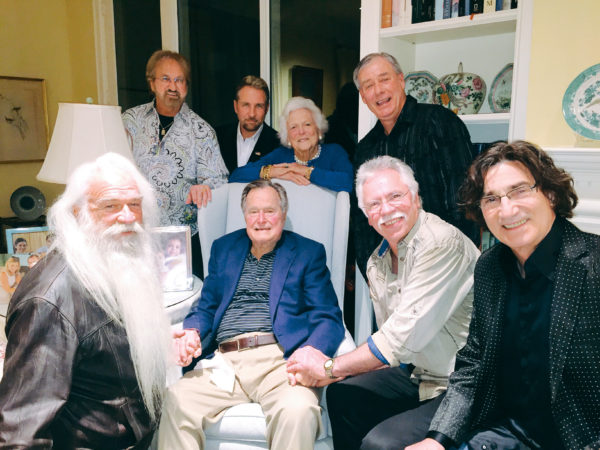 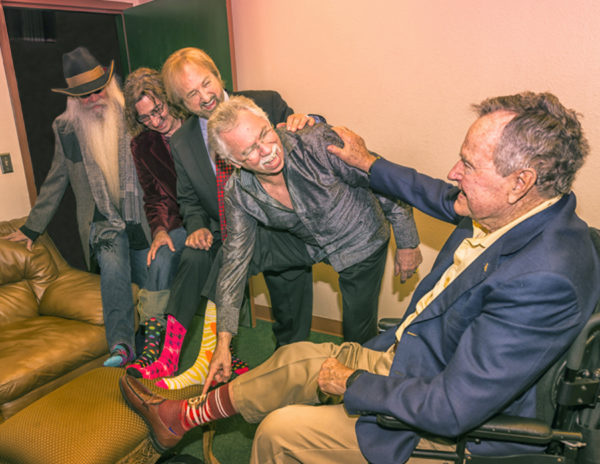 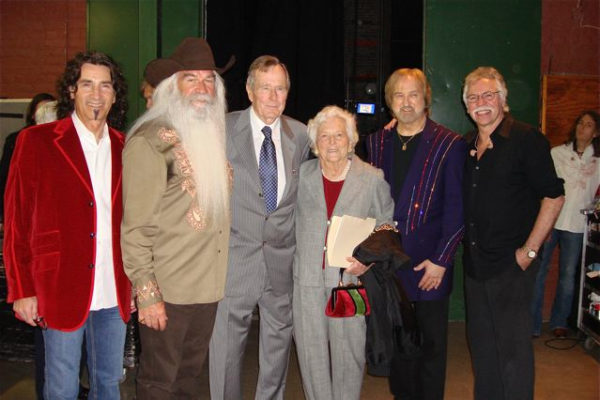 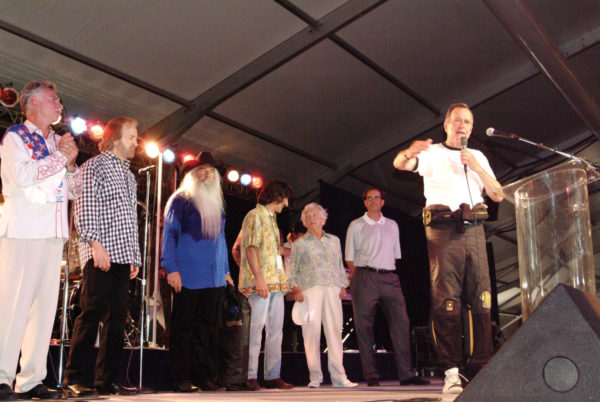