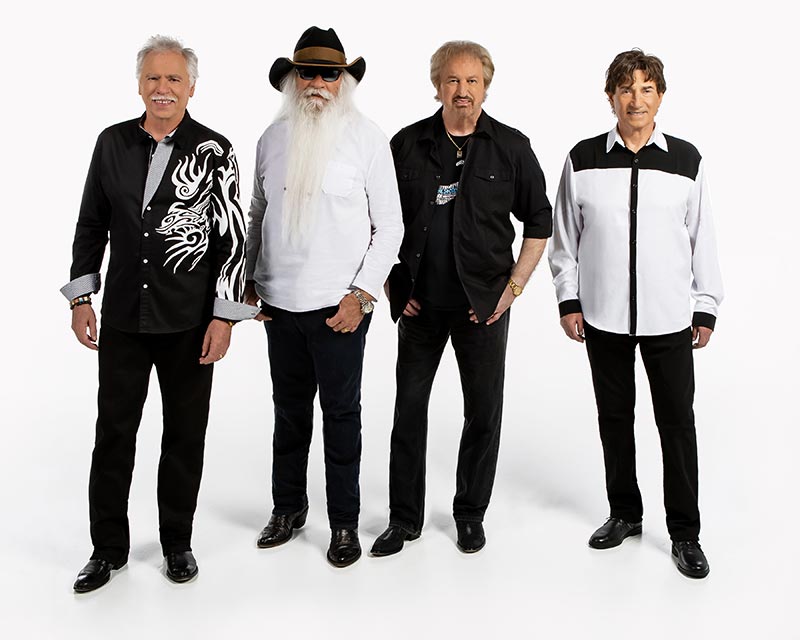 “We are looking forward to celebrating our country’s Independence weekend,” says Duane Allen. “The Oak Ridge Boys and Mike Huckabee are co-hosting this special on TBN with very special musical guests!”

“During these times of virus and unrest how cool it will be to gather with The Governor and celebrate America … on July 4th weekend,” says Joe Bonsall of The Oak Ridge Boys.

“This is such a great opportunity to reach out to America on Independence Day,” says Lee Greenwood. “Thank you Governor Huckabee and The Oak Ridge Boys for allowing me to be on this 4th of July special with you.”

“The Fourth of July reminds me that freedom is never free. It will always cost someone, somewhere a great price,” says Nicole C. Mullen. “Another truth that I have realized is; sometimes you must celebrate the freedom of others, while you press towards your own. Most Americans can trace their liberty back to 1776. As an African American, mine was granted in 1865. As believers in Christ, the price was paid 2,000 years ago, for the greatest eternal emancipation of all…for all who receive it! This year, let’s work towards and celebrate liberty and justice for everyone. He whom the Son sets free, is Free indeed! Tune into TBN as we work towards and Celebrate Freedom for All!”

Tune-in for free on TBN or live stream on TBN.org. TBN is also available on iOS, android, AppleTV, amazon fireTV, Roku or download the TBN app on Google Play or the iOS App Store. For more information, visit tbn.org.

The Opry presents the best in country music live every week from Nashville, Tenn. The Opry can be heard at opry.com and wsmonline.com, Opry and WSM mobile apps, SiriusXM, and its flagship home, 650 AM-WSM. The Grand Ole Opry is owned by Ryman Hospitality Properties (NYSE: RHP). For more information, visit opry.com.

About The Oak Ridge Boys:
The Oak Ridge Boys have sold over 41 million units worldwide and are synonymous with “America, apple pie, baseball, and country music.” In addition to their awards and accolades in the country music field, the Oaks have garnered five GRAMMY® Awards, nine GMA DOVE Awards, and two American Music Awards. The group—Joe Bonsall, Duane Allen, William Lee Golden, and Richard Sterban, members of the prestigious Country Music Hall of Fame (2015 Inductees) and the Grand Ole Opry (since 2011)—is known worldwide as one of recording history’s most extraordinary musical successes. They have charted single after single and album after album, celebrating two double-platinum albums and more than 30 Top 10 hits, including No. 1 chart-toppers “Elvira,” “Bobbie Sue,” “Thank God For Kids,” “American Made,” and “Y’All Come Back Saloon,” among dozens more. For more information and to view upcoming tour dates for The Oak Ridge Boys, please visit oakridgeboys.com.

About Lee Greenwood:
Throughout his expansive career, international country music icon Lee Greenwood has earned multiple CMA and ACM Awards, a Grammy Award for Top Male Vocal Performance on “I.O.U,” in 1985, and a multitude of other prestigious award nominations. His discography includes twenty-two studio albums, seven compilation albums, seven No. 1 hits and thirty-eight singles including songs like “It Turns Me Inside Out,” “Ring On Her Finger Time on Her Hands,” “She’s Lyin’,” “I Don’t Mind the Thorns if You’re the Rose,” “Dixie Road,” “Somebody’s Gonna Love You,” “Going Going Gone,” “You Got A Good Love Comin’,” among others.

His stand-out hit “God Bless the U.S.A.” has been in the top five on the country singles charts three times (1991, 2001 and 2003), giving it the distinction of being the only song in any genre of music to achieve that feat. It reached the Top 20 of the Billboard Hot 100 chart shortly after 9/11. Known for his patriotism and support of the U.S. Military, Greenwood has been honored with the Congressional Medal of Honor Society’s National Patriot’s Award, and entertained troops on more than 30 USO Tours. Greenwood was appointed to the council of the National Endowment for the Arts in 2008 by President George W. Bush, confirmed by the United States Senate, and continues to serve on the NEA at the pleasure of the President. His latest book release is a children’s book called Proud To Be An American, which is currently available in stores, on Amazon and leegreenwood.com.

About Nicole C. Mullen:
Nicole C. Mullen has long been known as an undeniably talented artist who is unafraid to be vulnerable and transparent with her audience. She continues a legacy of sincerity and artistic integrity that in the past has been recognized with two Grammy® Award nominations and nine Gospel Music Association Dove Awards, including two Female Vocalist of the Year honors, Song of Year for “Redeemer, and On My Knees”, the Urban Album of the Year for “Everyday People ”, Contemporary Song of the year (Call on Jesus), and the ﬁrst African American female to win Songwriter of the Year for Redeemer. Earlier this year, former Host of Regis and Lee and NBC’s The Today Show, Kathie Lee Gifford along with Nicole C. Mullen, recorded a song they had written together, entitled “The God Who Sees.” Mullen continues to tour around the globe, becoming a highly sought after speaker and singer. Her ministry and travels include France, Belize, England, Jamaica, many nations on the continent of Africa and throughout the USA.

About Gov. Mike Huckabee:
Mike Huckabee is the host of the TV show “Huckabee” on TBN each weekend and is a Fox News contributor, NY Times best selling author of 12 books, and a frequent speaker for corporate, civic, and non-profit groups all over the world. He was the 44th Governor of Arkansas from 1996 until 2007, becoming one of the longest serving Governors in his state’s history. He left a legacy of tax cuts, job creation, the reconstruction of his state’s road system, K-16 education reform, and a nationally heralded and duplicated health initiative that focused on prevention. His administration fought long-standing corruption in the state’s political machine, resulting in numerous indictments and convictions of powerful legislators and other elected officials. He ran in 2008 and 2016 for President, finishing 2nd in the Republican primary in 2008.

About TBN Network:
Trinity Broadcasting Network is the world’s largest and most watched faith-and-family broadcaster, reaching over 175 nations across the earth with inspirational and entertaining programming 24 hours a day in 14 languages and on 32 global networks. As the world’s most influential non-profit religious broadcaster, TBN has led the way in expanding the impact of faith-based television across the earth through the creation of innovative content designed to reach every viewer demographic with the life-changing message of hope and grace. For more information about Trinity Broadcasting Network, visit www.tbn.org.