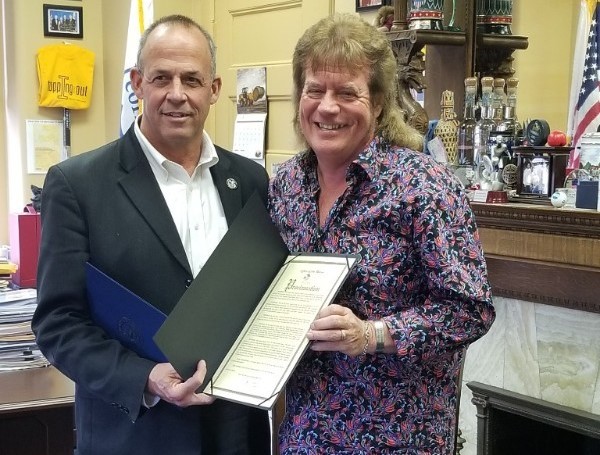 Atwood is also scheduled to make an appearance on TBN’s HUCKABEE for a very special Veteran’s Day Show on Saturday, Nov. 10 & Sunday, Nov. 11

Peoria, Ill. – United States Representative Darin LaHood and City of Peoria, Illinois Mayor Jim Ardis have honored country music veteran Tim Atwood with both a Proclamation from the 18th Congressional District of Illinois and the City of Peoria. Both Proclamations acknowledge and honor the contributions that Tim Atwood has made in his nearly fifty year career in country music.

“I’ve spent thirty-eight years of my life in Nashville, Tennessee performing on the Grand Ole Opry,” says Atwood. “Today I travel the country taking my music to the fans. But, no matter where I find myself, Illinois is in my heart, and Peoria will forever be my home. It was a great honor to be recognized by Mayor Ardis and Representative LaHood. I hope I make Peoria proud, because I’m proud to be from my hometown.”

“I have a special appreciation on your focus on the Lord and the importance of that. In this day and age we live in, certainly not in politicians, but a lot of professional entertainers don’t have the ethical fortitude to be able to stand up and be proud of the fact they are Christians,” said Mayor Jim Ardis. “I think it is especially important for younger kids to hear that example. So many people don’t want to stand up for their faith.”

On November 10 & 11, Atwood will make an appearance on Trinity Broadcasting Network’s (TBN) hit show HUCKABEE for a special Veterans Day episode. Atwood – whose son is an ARMY veteran – will perform his patriotic single “I’ll Stand Up And Say So,” from his latest album Livin’ The Dream. “My son Torre is a Purple Heart veteran who was injured during his second tour in Iraq. He spent six weeks in a hospital in Germany before he was able to fly back to the states to complete his recovery. As a father I know what it’s like to be part of a military family. I understand the sacrifices our veterans made to ensure our freedoms. I don’t take that for granted, and anything I can do to support our veterans, I consider an honor and a privilege.”