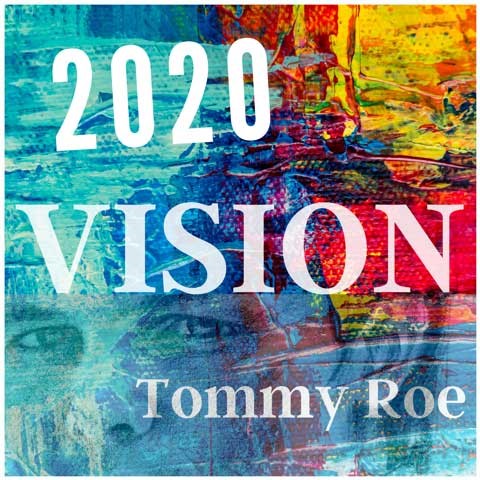 LOS ANGELES, Calif. – Tommy Roe is a multifaceted international artist who wrote, co-wrote, and recorded, six top ten hits between 1962 and 1969, more than any other single artist/songwriter during this period of the 60’s, with four RIAA certified gold records, and two of his hits, “SHEILA” and “DIZZY,” topping the Billboard chart at #1. Now, in 2019, Tommy has released a new 4-song EP 2020 Vision in the digital era of music.

“I love making music,” says Tommy. “There is something special about getting in the studio and being surrounded by great musicians that just brings an electricity of creativity. I just can’t get away from that! Even after all these years, I get excited knowing that I will be making new music.”

Tommy had a total of eleven records reach the Billboard top forty, and twenty three Billboard top 100 chart records. With similar chart success in England, and throughout Europe, Asia, and Australia, Tommy is considered one of the early pioneers of American pop culture. Born Thomas David Roe, on May 9, 1942, in Atlanta, Georgia, Roe, who is sometimes known as the “father of bubble-gum music,” has sold more than 60 million records.