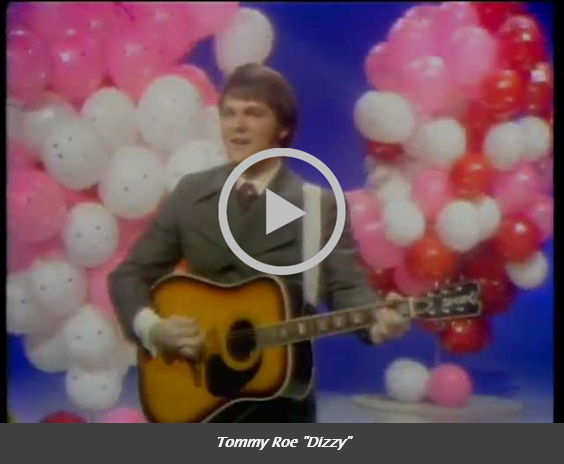 LOS ANGELES, Calif. – Tommy Roe is a multi-faceted, international artist who wrote, co-wrote, and recorded six Top 10 hits between 1962 and 1969 more than any single artist/songwriter during that period of the sixties. With a total of 11 records reaching the Billboard Top 40 and 23 Billboard Top 100 chart records, Tommy is considered one of the early pioneers of the American Pop music culture. Now in 2019, Roe, known as The Father of Bubblegum Pop has celebrated over 57+ years in the music business, is once again celebrating with the inclusion of his hit song “Dizzy” on the USA Today Absolute Best Songs In History list. “Dizzy,” has been covered 22 times and spent 15 weeks on the Billboard Hot 100 chart.

“After so many years in the music business, I still am humbled when recognized by a compliment, or an award, for my contribution to pop music,” said Roe.  “Writing songs, making records and performing for my fans around the world has always been a joy and a privilege.  To have “Dizzy” included in USA Today’s recognition of the 100 best songs in history is absolutely awesome.”

In his book, Roe correlates his journey to Hollywood with the historical events of that time period that were changing and shaping America and, in turn, the music industry. In this autobiography, Roe doesn’t hold back. He uses his down-home humor and unique perspective to share about his years and experiences both inside and outside of music.

One of the most influential and foundational figures in popular music, Roe has had four Gold Records: “Sheila,” “Dizzy,” “Sweet Pea” and “Jam Up and Jelly Tight.” He has also had 4 Billboard top 100 Albums. He is a member of the Rockabilly Hall of Fame, The Iowa Rock and Roll Association Hall of Fame, as well as the Georgia Music Hall of Fame.

More recently, Roe scored big with his hits, “Devil’s Soul Pile” and “Memphis Me.” His new music parts ways with his expected style instead showcasing his talent as both a singer and a songwriter.

Roe hasn’t let the success of his career stop him from doing what he loves. He continues to write new songs and perform around the globe.

For more information and tour dates, or to purchase From Cabbagetown to Tinseltown, please visit www.tommyroe.com.