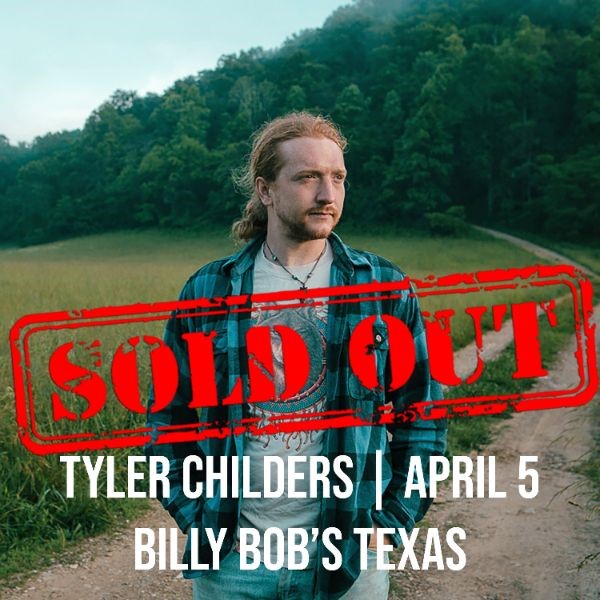 FORT WORTH, Texas – Billy Bob’s is the home of big-name concerts, bull riding and chicken fried steak with a reputation as gigantic as the state itself. Billy Bob’s Texas fans will be two-stepping throughout the month of April with top name entertainers from the past, present and future gracing its historic stage.

CMT’s Hot 20 Coming to Billy Bob’s
A film crew for CMT’s Hot 20 Countdown will be visiting Billy Bob’s on March 29 to shoot a profile for their upcoming series on America’s Best Honky Tonks. They’ll be sitting down with country music icon Mark Chesnutt to talk about what makes Billy Bob’s so special, as the Texas stalwart celebrates his 44th performance at the legendary venue.

Tyler Childers April 5 Concert SOLD OUT!
Fans of surging country music star Tyler Childers took only 2 days to sell out his April 5 concert. The native Kentuckian is set to grace Billy Bob’s historic stage on a wave of popularity brought on from his 2017 breakout album, Purgatory, which ascended to #1 on Billboard’s Heatseekers Album Chart.

Real Bulls, Real Action
Billy Bob’s Live Pro Bull Riding takes place every Friday and Saturday night. We’re talking real bulls- not mechanical! Billy Bob’s also offers our guests a chance to be a rodeo star by providing an authentic stuffed bull photo opportunity as if they were part of the live action.