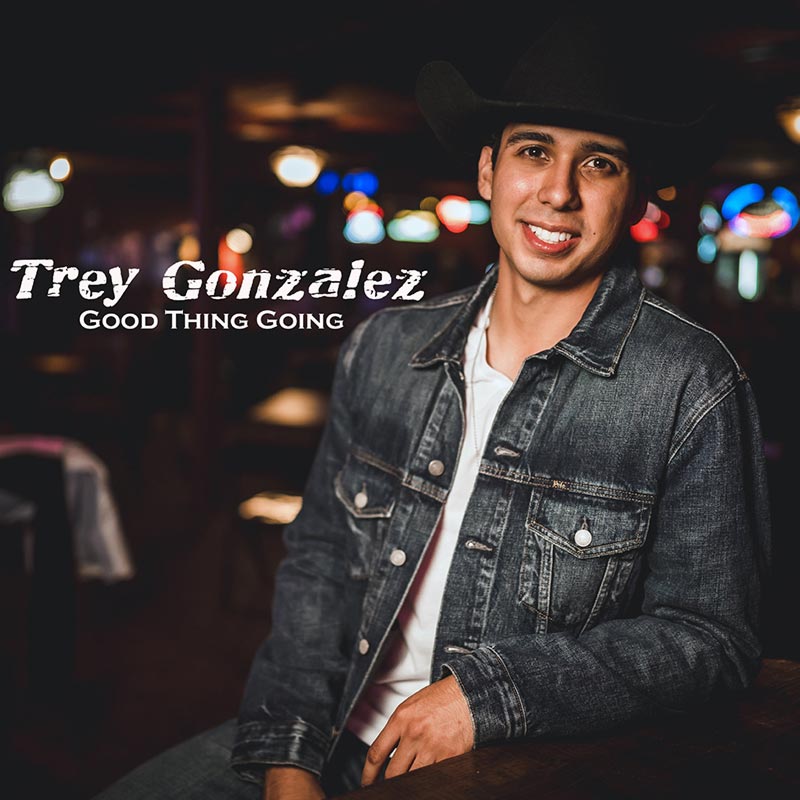 There’s a lot more than what meets the eye with Trey Gonzalez. From his worn hat and boots, dark brown eyes, and light-hearted smile, you would never think a deep sense of ambition was burning in the young cowboy’s heart.

Born and raised in San Antonio, Texas, Trey grew up listening to country music in an ’01 Ford  F-150 where he sang along to the likes of George Strait and Alan Jackson. As time would pass, he began to enjoy the tones of Eric Church, Easton Corbin, Luke Bryan, and Cody Johnson.

Trey finally found his way onto the Texas country scene during his senior year of college. Driven by pure ambition, Trey started performing in San Antonio and the surrounding area. Soon after starting his band, Trey produced his first EP The Journey. The EP served as a good stepping stone to help Trey acclimate with the scene and play in some of the larger venues in his region.

“The Journey allowed me to get a sense of what I wanted to be as an artist and the direction I wanted to grow in over the next few years,” said Gonzalez.

However, during his time at Texas A&M University, Trey’s career would kick into another gear. A proud Aggie, Trey released a 2nd EP as a love letter to Aggieland. Entitled Welcome to the Home of the 12th Man, the EP and subsequent singles garnered Trey the support of Aggies around the Lone Star State.

Trey’s recent single “Down Like This” showcases his refined tone and style. Written by Bart Butler and Brad Tursi, the single shows Trey’s ability to push the envelope with a modern sound maintaining traditional roots.

With ‘Good Thing Going’, Trey will make his mark in Texas and beyond, and is ready to hit the road to share his new music with his current and newfound fans.

Needless to say, we’ve yet to see the best from the young cowboy, but we are excited to see where his career goes from here.

GOOD THING GOING TRACK LISTING (PRE-SAVE | PRE-ORDER):
1. Dancin’ A Little Slow
2. Every Little Bit of That
3. Watching You Be You
4. Bettin’ Man
5. That’ll Make You Wanna Drink
6. Neon Queen
7. Windows Down
8. Good Thing Going
9. Voicemail Memory
10. Missing Me Missing You
11. Down Like This
12. Song Our Love Wrote

Current single: “Neon Queen”
Previous singles off the album: “Windows Down”, “Every Little Bit Of That”, “Down Like This”