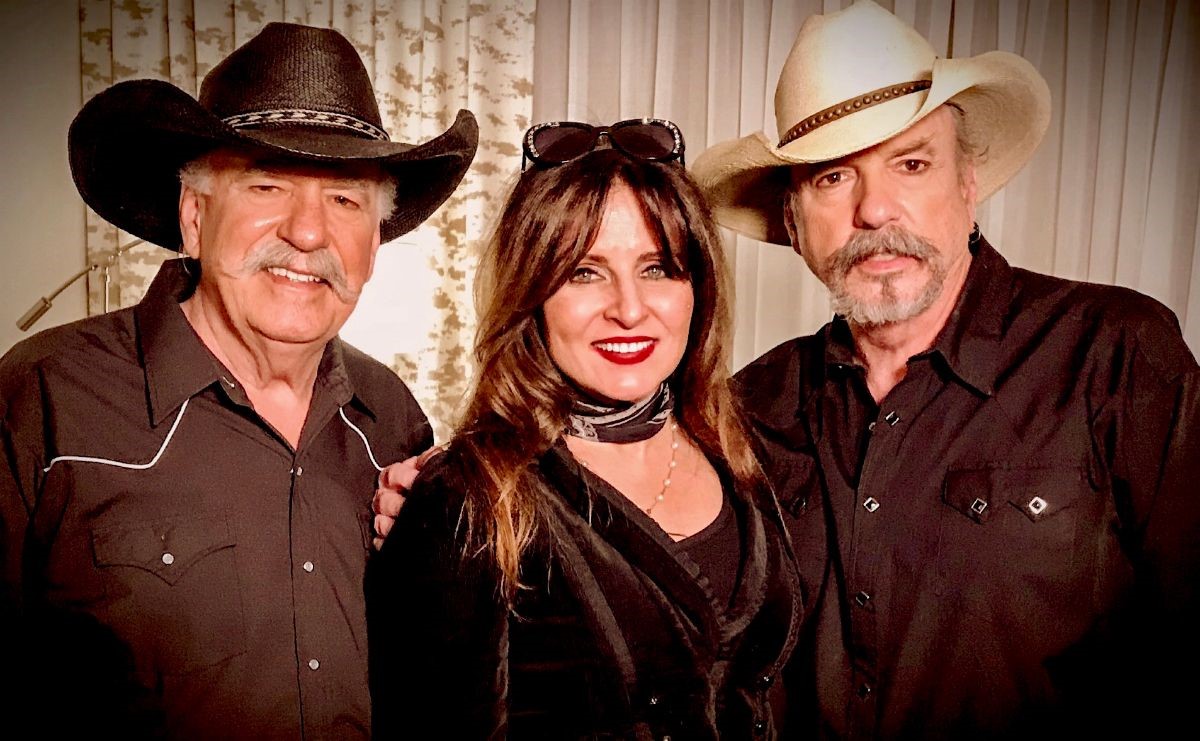 “One of my favorite music memories is when I was out in LA at Ocean Way studios the day “Let Your Love Flow” was recorded by Howard and Dave! It was magical! Destined to be a hit when it was released, it flew to the top on every chart!” says Deborah. “My great friends, the Bellamy Brothers became a household name shortly after that! They’ve always been like my brothers and I am so proud of them. I love them so much!”

“When Susan Bellamy called to invite me to appear on the show, I was so excited! I could hardly wait to see them,” explains Deborah. “They are truly like family! I’m grinning from ear to ear just thinking about the fun we always have when we get together. Whether it’s hanging out in the studio, a hotel room, on the road, or at the Honky Tonk Ranch, we always have a blast and you never know what’s gonna happen next!”

Deborah has penned more than 1,600 compositions for hundreds of artists, including smash hits by LeAnn Rimes, Brooks & Dunn, Patty Loveless, Conway Twitty, Tanya Tucker, Janie Fricke, John Conlee, Isaac Hayes, Diana Ross, Sheena Easton, Fleetwood Mac and more. On her own, Deborah has climbed the charts with hits such as “I’ve Been Wrong Before,” “I Hurt For You,” “Rock Me,” “If You’re Not Gonna Love Me,” “Wrong Side Of Love,” “Break These Chains” and her signature song, “Baby I Lied.”

About The Bellamy Brothers:
Howard and David continue to prove that the trail they’ve ridden to fame has been as unique as their music itself—music that is now celebrating more than 40 years of success. The road that started on the pop music charts in the ‘70’s, took a winding turn into country music in the ‘80’s, paving the way for duos to come, such as Brooks & Dunn, Montgomery Gentry, Big & Rich and The Judds. “If I Said You Had A Beautiful Body (Would You Hold It Against Me),” originally scrawled on a dinner napkin by David, rocketed them to the top of the country charts the way “Let Your Love Flow,” had done in the pop market just a few years earlier. It proved to be the first of a string of 14 No. 1 singles in the U.S. alone. They’re the only U.S. country music act who’ve toured in India, Sri Lanka, New Caledonia and Qatar. The Bellamy Brothers hold the record in both the Academy of Country Music (ACM) and the Country Music Association Awards (CMA) for the most duo nominations. Numerous Grammy nods have also been directed toward the brothers. The Bellamys are also opening up their lives to television audiences with their new reality show, “Honky Tonk Ranch.” Each episode of “Honky Tonk Ranch” captivates viewers by the unpredictable misadventures the Bellamys face while balancing their globe-trotting touring schedule while running their sprawling family ranch in south Florida. “Honky Tonk Ranch” is executive produced by David Bellamy and directed, shot and edited by Derrek Kupish, CEO/founder of dkupish productions. “Honky Tonk Ranch” airs Sundays at 8:30 pm ET / 7:30 pm CT on The Cowboy Channel.