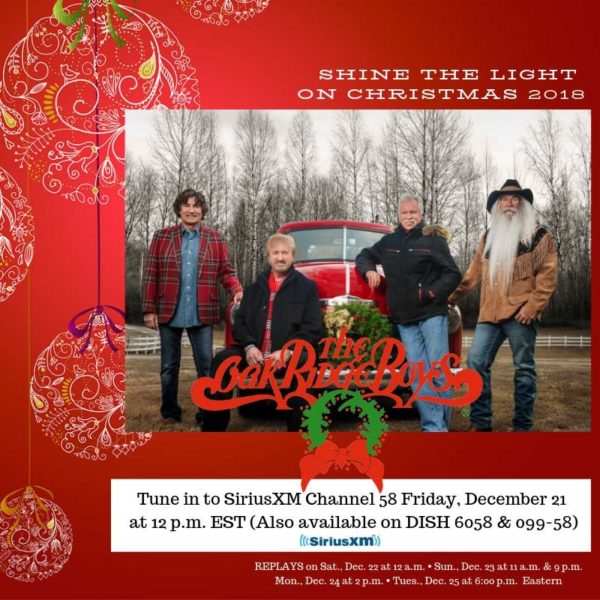 NASHVILLE, Tenn. – GRAMMY® winning, Country Music Hall of Fame and Grand Ole Opry members The Oak Ridge Boys will premiere an all new ‘Live From Branson’ Christmas Special on SiriusXM’s Prime Country on Friday, December 21 at 12 p.m. ET. Performing songs from their latest album, 17th Avenue Revival, along with Christmas classics, the Oak Ridge Boys authentic sound was captured live at The Mansion Theater in Branson, Missouri during their ‘Shine The Light On Christmas Tour.’

“Two of the most important parts of our 2018 year are the release of 17th Avenue Revival and our Shine The Light On Christmas tour,” says Oak Ridge Boys singer, Duane Allen. “We recorded these live, some of the best songs from both of these collections of songs and they will be on SiriusXM Prime Country for Christmas weekend. This is our ‘Merry Christmas’ to all our fans.”