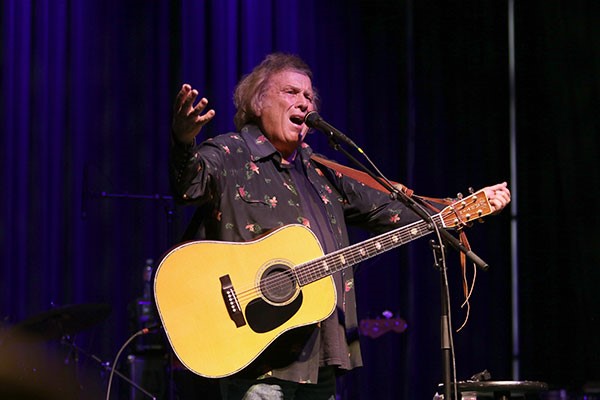 Plus, McLean continues to tour throughout the U.S. & internationally with performances in Florida, Georgia, Texas, California, New York, Holland & United Kingdom thru September

NASHVILLE, Tenn. – America’s legendary singer and songwriter, Don McLean, will be featured on SiriusXM’s Elvis Radio (Channel 19) this Saturday, July 20 at 12 noon ET/11am CT. McLean chats with life-long Memphian, and morning host of Elvis Radio, DJ Argo. The hour long interview special traces McLean’s connection to the King of Rock & Roll, including Presley’s performance of McLean’s classic hit song “And I Love You So.” McLean recently performed at Graceland in June of this year on Father’s Day weekend.

McLean continues his coast-to-coast tour throughout the United States in 2019, performing his classic hit song catalog to packed theaters and concert halls everywhere. McLean kicks off a six show set of European dates August 26 in Amsterdam, Holland, and then throughout the United Kingdom with a headlining performance on September 1 at the Moseley Folk & Arts Festival in Birmingham.

“I’m really happy about going back overseas to some of my favorite cities,” said McLean. “I haven’t came over in the summer months much, so this will be a real treat. I am looking forward to seeing my fans and all the wonderful sights in the U.K. & Holland.”