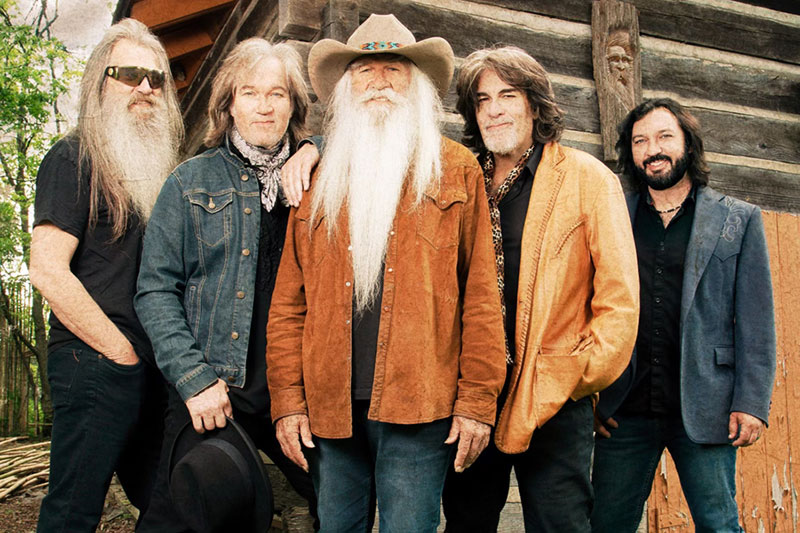 NASHVILLE, Tenn. – Country and Gospel Music Hall of Fame and Grand Ole Opry member William Lee Golden is set to release three new albums with his sons, “The Goldens.” The collection of albums titled Old Country Church Gospel, Country Roads: Vintage Country Classics, Southern Accents: Pop & Country Rock contain over 30 songs that spread amongst several genres, all having an impact on the lives and careers of William Lee Golden and The Goldens.

With emphasis on family, friends, and faith, Golden and his sons showcase their God-given talent through classic country sounds and evident passion for music. Messages of positivity beam within the lyrics of each tune. The first single, “Come And Dine” is available for pre-save HERE, and will be released on Friday, Sept. 24 to all digital platforms.

“Music has always been a huge part of my life. When my boys were growing up, it was important for me to introduce them to music of all walks of life,” shared William Lee. “Throughout the years, we’ve sung together many times, but never on an official project. Due to the world’s events of the last year and a half, we decided as a family that it was time to record 32 of our favorite songs, which then turned into three full albums of country, rock, and gospel! We are so excited for everyone to hear our version of these classic hits.”

While the world seemed to stand still during the pandemic, Golden gathered his sons Rusty, Craig, and Chris, his grandchildren Elizabeth, Rebekah, and Elijah, and friends Aaron McCune, Ben Isaacs, and Michael Sykes to record the three albums. Golden, his family, and friends breathe new life into longtime favorites, with Golden delivering evocative renditions of Johnny Cash’s “I Still Miss Someone,” and Jim Reeves’s “Welcome to My World.” Chris shines on Tom Petty’s “Southern Accent,” Rusty serves up a spirited take on Bob Seger’s hit “Hollywood Nights” and Craig, the rarely heard Golden, revives Gregg Allman’s “Multi-Colored Lady.” And those are just a few of the many highlights.