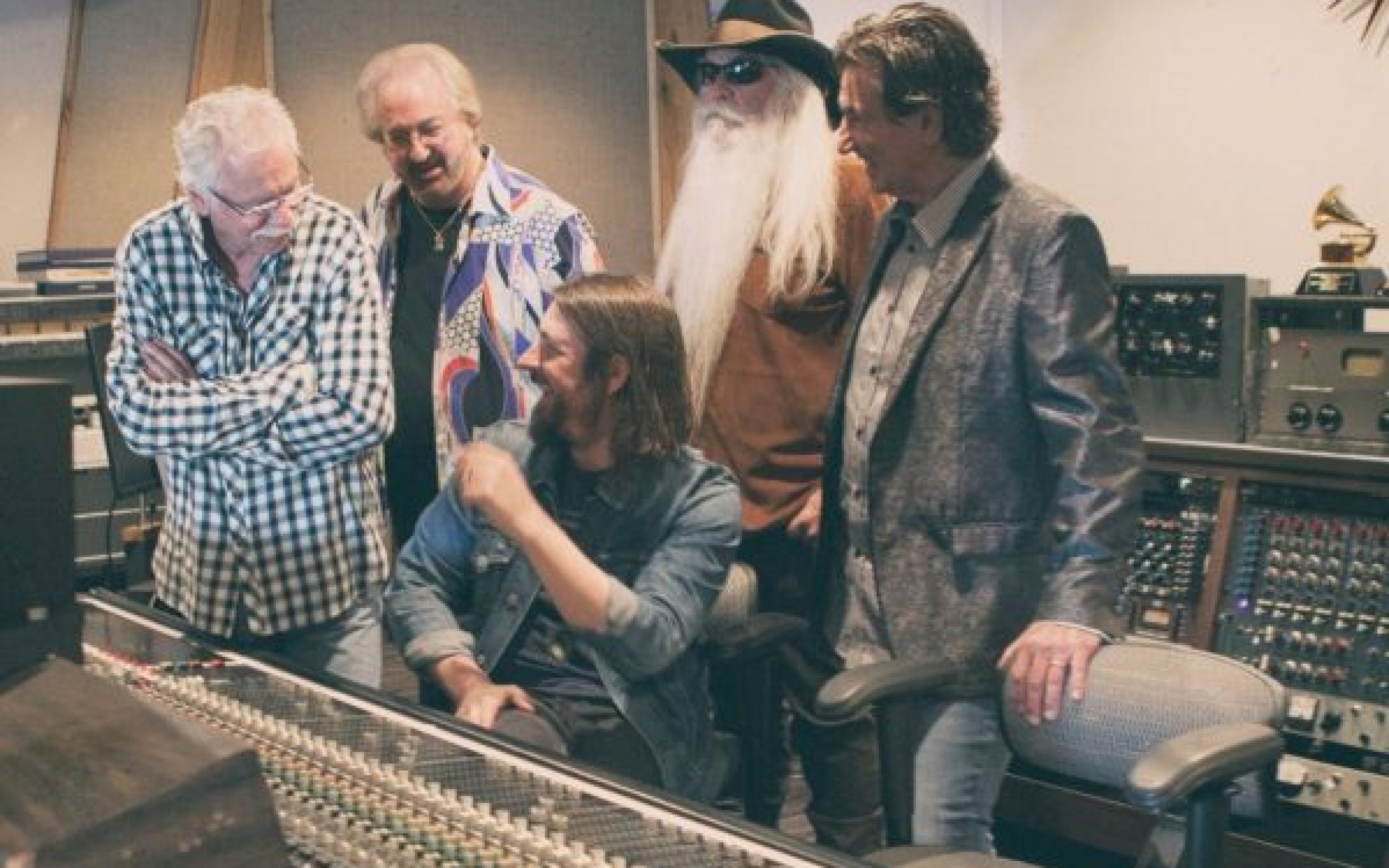 Releases Will Include Their First Christmas Album In Four Years, Followed By A Much Anticipated Concept Album of Classics and Standards, Both To Be Produced By Dave Cobb

NASHVILLE, Tenn. – GRAMMY® winning, Country Music Hall of Fame and Grand Ole Opry members The Oak Ridge Boys are showing no signs of slowing down as they move into the Spring and Summer concert touring seasons with performance dates across the country. Performing songs from their latest album, 17th Avenue Revival, along with their classics “Elvira,” “Thank God For Kids,” “American Made” and countless others, The Oak Ridge Boys continue to take their show to the road for their loyal fan-base, and capturing new ones along the way.

While on tour, The Oak Ridge Boys have just announced two follow up projects to 17th Avenue Revival that will again be produced by one of Nashville’s hottest producers, Dave Cobb (Chris Stapleton, John Prine, Jason Isbell). The first album, which will be released at the end of 2019, will be The Oak Ridge Boys first Christmas album in four years. It will be followed next year by a concept album with a “front porch” feel. This week marks the ten-year anniversary of the release of The Boys Are Back, when The Oak Ridge Boys first collaborated with Cobb in 2009.

“I remember, as if it were yesterday, when we first signed with a major record label and our career exploded decades ago. The Oak Ridge Boys became a household name. Now, after signing with Thirty Tigers and Lightning Rod Records—with Dave Cobb as our producer—we are experiencing that surge again,” said Oaks lead singer Duane Allen”

“Dave Cobb has the unique ability to record in a raw, honest, almost retro way that sounds fresh. Part of our last album with Dave (17th Avenue Revival) was recorded around one microphone with Dave playing acoustic guitar about six feet away. He told us that he wanted us to sing “together,” and listen to, and watch, each other. The result was pure magic, and we wound up recording the entire album with that same attitude.”

“Now, we are thrilled to announce that we will be recording two new projects with Dave’s production, Logan Rogers’ label direction, and David Macias’ mass marketing. The first is a new Christmas album, which will be released in time for our fall Christmas tour. A few months later, we will release a classics and standards album with the attitude of singing together on the front porch.”

“Our recording career is taking off again. Come along for the ride!!!!!!”

“Partnering with the Oak Ridge Boys and Dave Cobb for last year’s 17th Avenue Revival has been one of the most enjoyable experiences of my career – both critically and commercially,” said Logan Rogers of Lightning Rod Records. “The Oaks and their team are total pros, and it’s obvious why they have been successful for so long. I’m excited to see what kind of studio magic the Oaks and Cobb create this time around.”

The group—Joe Bonsall, Duane Allen, William Lee Golden and Richard Sterban—are best known for their iconic and multi-platinum hit “Elvira,” along with other chart-toppers like “Bobbie Sue,” “Thank God For Kids,” “Y’All Come Back Saloon,” and “American Made.” The Oak Ridge Boys have achieved a decorated career, winning five GRAMMY® Awards and multiple CMA, ACM and Dove Awards for their crossover brand of pop, country and gospel music that spans multiple generations. The Oak Ridge Boys became members of the Grand Ole Opry in 2011 and achieved arguably country music’s highest honor in October 2015 when they were inducted into the Country Music Hall Of Fame.

About The Oak Ridge Boys:
The Oak Ridge Boys, who have sold over 41 million units worldwide, are synonymous with “America, apple pie, baseball, pop, rock, gospel and country music.” In addition to their awards and accolades in the country and pop music fields, they have garnered five GRAMMY® Awards and twelve GMA DOVE Awards as well as the Mainstream Artist of the Year Award at the ICM Awards. The group—Joe Bonsall, Duane Allen, William Lee Golden, and Richard Sterban—have earned prestigious membership in the Country Music Hall of Fame (2015 Inductees) and Grand Ole Opry, and are known worldwide as one of recording history’s most extraordinary musical successes. They have charted single after single and album after album, celebrating one double-platinum album and one double-platinum single and more than 30 Top 10 hits, including No. 1 chart-toppers “Elvira,” “Bobbie Sue,” “Thank God For Kids,” “American Made,” “Y’All Come Back Saloon,” among dozens more. For more information and to view upcoming tour dates for The Oak Ridge Boys, please visit oakridgeboys.com.